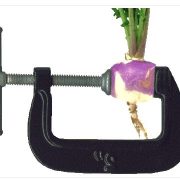 With the onset of the 2012 elections in a few weeks, the class warfare against the millionaires is about to start in earnest. In California, the issue has already been decided, and the millionaires have definitely lost.

On the November ballot will be no less than five measures to raise taxes on high income earners, primarily to fund the state?s increasingly impoverished education system. Deficits have forced public schools to lay off teachers and replace them with inexperienced temps without benefits, shrink the school year, cancel electives, increase class sizes, and end sports and music programs. Many teaches are now paying for class supplies out of their own pockets

Why should you care, comfortably resident in one of the other 49 states? Because the Golden State often initiates social and economic measures which are then adopted by the rest of the country and the world. Take a careful look at your catalytic converters, seat belts in cars, ceilings on car emissions, caps on real estate taxes, smoking bans in bars and airplanes, recycling program, and environmental controls.? They all carry a ?Made in California? stamp on them.

The revenue raising efforts are aimed at heading off a state budget shortfall that is expected to top $13 billion in 2012. The current top California income tax rate is already a hefty 9.3%.

To give you a preview of what is headed your way, below is a listed of the proposed levies:

*Billionaire investor Nicolas Berggruen has teamed up with Google?s Eric Schmidt and retired real estate magnate, Eli Broad, to back a 1% surtax on income of over $1 million, to be partially offset by a reduction in corporate income taxes from 8.84% to 7%. There will be a new sales tax on services of 5% which are currently tax free. These would raise $10 billion a year.

* Berkshire Hathaway trust fund kid Molly Munger is trying to push through a $27,266 wealth tax on couples earning more than $1.5 million that would raise $10 billion.

*The California Federation of Teachers wants to raise taxes on incomes over $1 million by 3%, raising $6 billion.

Tax opponents and libertarians are hoping that by having such a profusion of measures on the ballot, they will split the vote with then end result that none pass. And while many of the state?s ideas are later adopted elsewhere, sometimes they don?t work out so well. California?s 1920?s eugenics policies and racial laws were later used by Adolph Hitler as the legal foundation for Germany?s holocaust.

Be careful what you wish for, and expect a rising tide of tax refugees looking for new homes in your state.