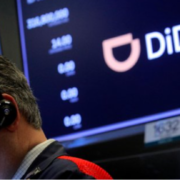 Chinese regulators announced on our Independence Day that they were banning downloads of Uber’s China DiDi in the app stores in the country because it poses cybersecurity risks and broke privacy laws.

This was after DiDi raised $4.4 billion by listing its shares in New York.

However, unnamed sources leaked that China's cybersecurity watchdog suggested to DiDi that it delay its IPO before it happened.

Delaying a wealth generating event like the IPO is controversial.

At this point, DIDI, the Uber of China, is worth a speculative trade at $1 and that’s if the Chinese tech firm doesn’t delist before that.

No — scratch that — it’s not even worth your time at $1 if you hold currency denominated in USD or anything even half as credible.

But if you’re from somewhere like Venezuela wielding infamous bolivars then take a wild stab around $1 or double up at $0.50 for a trade.

There is a reason that I have never in the history of the Mad Hedge Technology Letter recommended buying a Chinese technology stock.

The evidence is now out in public with Chinese big tech and the Chinese Communist Party (CCP) airing their dirty laundry.

Most sensitive business dealings are usually dealt with in-house in the land of pan-fried dumplings and Beijing roasted duck, so things must be spiraling out of control on the inside.

No doubt that inflation spikes are causing chaos everywhere, but China is particularly vulnerable because of the high volume of Chinese living in poverty.

It’s unrelated to this IPO, but another valid reason why Chinese “growth” is weakening fast.

Stateside, cashing out is normal for tech growth companies who want to reward earlier seed investors, their own management teams, and in this case the early-stage investors were Japanese Softbank (21.5%), Silicon Valley’s Uber (12.8%), and China’s Tencent (6.8%).

This was pretty much a big middle finger to these three along with the other Chinese investors which were about to profit big.

This is on the heels of the CCP nixing the Jack Ma Alipay IPO.

If local Chinese tech can’t flourish in China, then forget about foreign tech in China.

Apple (AAPL) is the only exception because they are grandfathered in when China had no smartphone and now they provide too many local jobs to be kicked out.

There is definitely a plausible case that U.S. retail investors who were part of that $4.4 billion holdings should be refunded their capital because DiDi didn’t truthfully disclose the risk of potential Chinese regulations properly.

There is also the logic that Chinese companies should never be able to list in New York in the first place which would be sensible.

As it stands, Chinese companies don’t need to follow U.S. GAAP accounting standards and cannot be prosecuted by the U.S. legal system if they commit fraud, embezzlement, or any other financial crime and decline to leave Chinese soil.

This incentivizes Chinese companies listed in the U.S. to cheat U.S. investors with fraudulent accounting and deceitful behavior because they aren’t accountable at the end of the day.

The Invesco Golden Dragon China ETF (PGJ), which tracks the performance of US-listed Chinese stocks, has lost more than one-third of its value since February.

I can tell you from close friends who call themselves frontier investors that investing in China is not worth your time and the fear of missing out (FOMO) rationale is all marketing chutzpah and nothing much else.

China’s economy hasn’t had any positive growth in the past 10 years according to Chinese insiders off record.

Out of many financial pros I have talked to, China leads in terms of horror stories from foreign investors.

The Chinese financial system is a hoax created to lure foreign capital in and for it to never leave often viewed as a free lunch for the local recipients.

And I am not only talking about Chinese tech, but this phenomenon also extends to every reach of the financial system there.

At the end of the day, China’s tech aristocracy wished they originated in the United States which is why they went public here because our markets work and theirs don’t.

They got to New York in the first place by marketing false numbers to U.S. investors and concealing regulatory issues, and U.S. investors must not fall for this trap.

If you look at the Shanghai Stock Exchange Composite Index ($SSEC), it’s gone nowhere in the past year and rightly so.

Even Chinese investors don’t buy Chinese stocks because there is no trust in their financial system. They buy property instead or buy U.S. tech stocks.

Don’t be the next sucker. 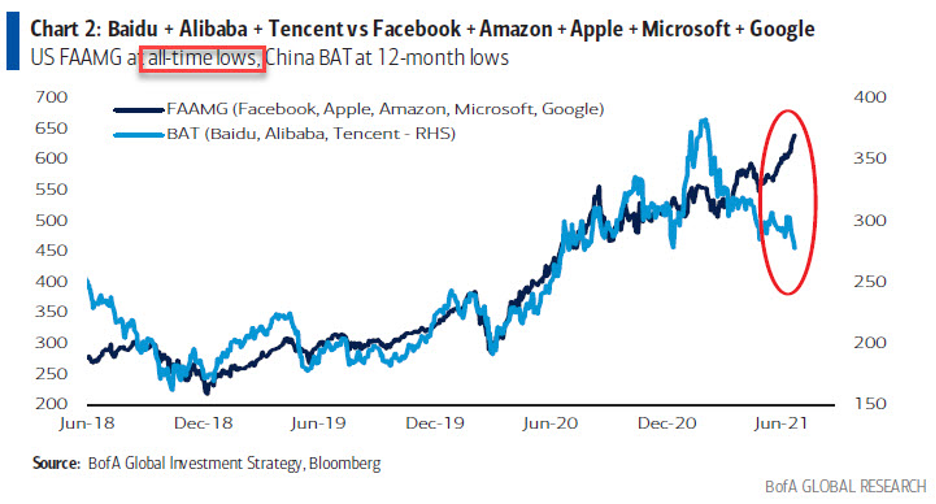 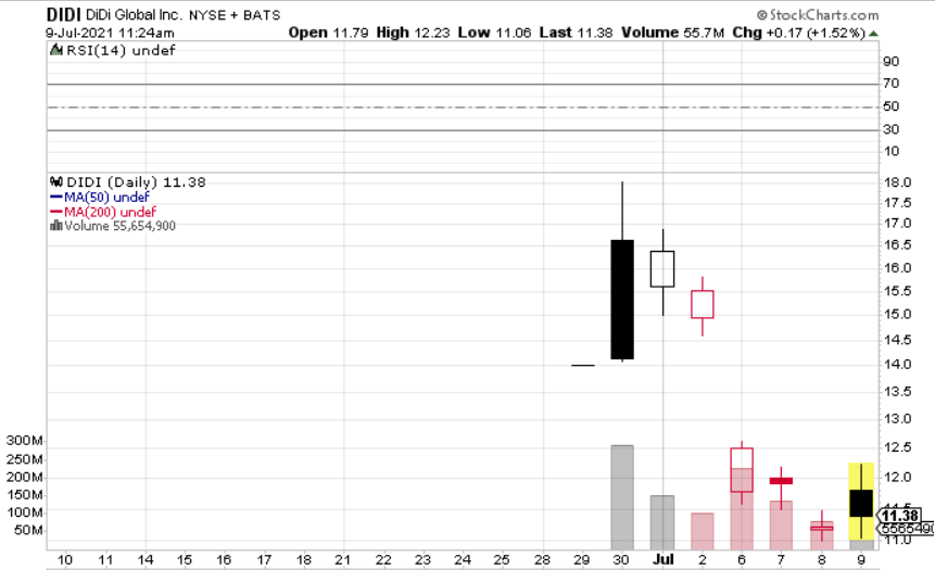