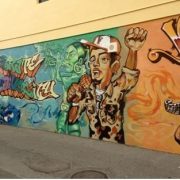 One of the constant challenges in living in the San Francisco Bay Area is figuring out all of the new business models that you have thrown at you on a daily basis.

I can tap on an icon on my iPhone, and two minutes later a taxi shows up (Uber). Another app downloads books on my favorite topics straight into my phone so I can listen to them while hiking (Audible). And heaven help you if you try to make a dinner reservation without first going online and checking out the restaurant (Yelp).

So I felt challenged when I received an email from a family friend the other day. A teacher in nearby Oakland, California was resorting to crowd funding to buy 140 books for her sixth grade class. She needed $965. Could I contribute towards the cause? Even $1.00 would help.

Intrigued, I clicked on the following link for?Donors Choose?at
http://www.donorschoose.org/project/bring-culture-to-my-classroom-through-a/1180380/?utm_source=dc&utm_medium=proposal&utm_campaign=copyURL&rf=copyURL_siteshare_2014_04_teacherid_1534521?, and my eyes opened up. This is a new, revolutionary non-profit organization that vets fundraising efforts for thousands of small classroom projects. Those that can pass the rigorous screening standards are then promoted on the Internet with messages that include a description of the project and a budget.

One of the big worries in funding these kinds of efforts is that the money will get wasted, misused, or stolen. By jumping in as the middleman,?Donors Choose?addresses these concerns through providing due diligence and accountability. You can even read the comments made by the individual donors, which are uplifting, to say the least.

Oakland has one of the toughest school districts in the country. It led the nation in per capita murders last year, 125 out of a population of 500,000. The city government lives constantly on the edge of bankruptcy. Budget cuts have forced major cutbacks in police and fire services.

Elmhurst Community Prep is no piece of cake for a struggling young English teacher. One student from Alliance Academy, the middle school Elmhurst shares its campus with, was murdered in the crossfire of a gang war earlier this year. His older brother was murdered within the same month (see article http://www.cnn.com/2014/02/04/us/oakland-mother-loses-sons/). Many of Elmhurst?s students were close to the student who died and were severely impacted by his loss. It is against this background that Ms. Bronte has to motivate, if not inspire her students to study and raise themselves up to better circumstances.

Bronte chose as a textbook,?When My Name Was Keoko, by Linda Sue Park, a novel set in Korea during its WWII occupation by Japan. Her goal was to show students that there are different worlds and cultures out there totally alien from their own, but still share many of the same problems that we all endure. It also illustrates how young people can rise up from adverse circumstances and prosper.

To her total amazement, the fund raising effort was a blow out success, taking in $965 in three weeks from 18 donors. Half were from family, friends, and past and present teaching colleagues. But the rest were given from total strangers from as far away as the US East Coast. Apparently, there are a lot of people out there surfing the web looking for good causes to help. Donors Choose?serves them up by the boatload.

Corporations are also getting in on the act. Apple, Google, Facebook, and Twitter have all adopted distressed communities around the country, funding hundreds of projects. To get the word out,?Donors Choose?is expanding into social media, in addition to email blasts. Over half of Ms. Bronte?s donors for the project were recruited through Facebook posts that gave information about the project.

Thus emboldened, Elmhurst Community Prep is now shooting for bigger game. It is attempting to raise $10,000 to buy 40 Google Chrome books. If successful, this would provide enough low-end Windows laptops for one roaming laptop cart decked out with its own wireless server.

To participate, you can go to another fund raising website, RALLY.org, by clicking here at?https://rally.org/ecpchromebooks?. This group raises cash for everything from avalanche relief for Sherpa families in Nepal to typhoon reconstruction in the Philippines. They?ve only raised $1,505 for the chrome books so far and have a long ways to go.

I know many of you have made a fortune following my service over the years. Here is a worthy opportunity for some of you to give some back. Peel a Benjamin off your wad and send it in. It will make you feel good! It worked for me!

If charity doesn?t work for you, then consider your own naked self-interest. These are the kids who are going to be working at companies that I have been recommending through my own Trade Alerts. A chronic complaint of these firms is the shortage of local, well trained, quality workers.

Ms. Bronte?s efforts seem to be more than adequately addressing that shortfall.