If you want to impress your friends with your vast knowledge of financial matters, then here are the Latin translations of the script on the backside of a US dollar bill.

The Roman numerals at the base of the pyramid are “1776.” The better known “E PLURIBUS UNUM” is “One nation from many people.”

The basic design for the cotton and linen currency with red and blue silk fibers, which has been in circulation since 1957, carries enough symbolism to drive conspiracy theorists to distraction.

An all-seeing eye? The darkened Western face of the pyramid? And of course, the number “13” abounds.

The balanced scales in the seal are certainly wishful thinking and a bit quaint if they refer to the Federal budget.

Study the buck closely, because there are soon going to be a lot more of them around, thanks to the borrowing history of the new president. 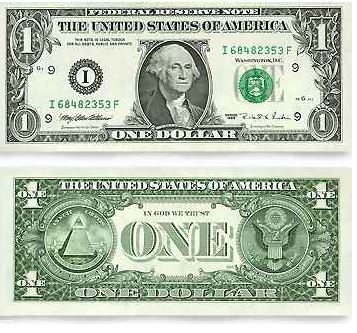 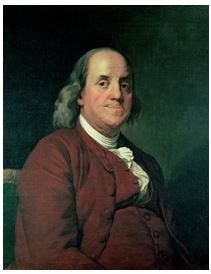 What Did You Really Mean, Ben?