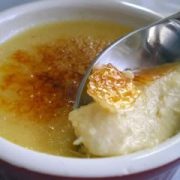 I couldn?t for the life of me figure out why New York?s former governor and federal prosecutor, Elliot Spitzer, wanted to invite me to dinner. He wasn?t flogging a book or promoting a movie, and he certainly wasn?t running for office again. But I went anyway, thinking perhaps the notorious ?Client No.9? might let me peek at his famous black book.

Elliot, who showed up wearing a classic New York blue pin stripped suit that seems oddly out of place in San Francisco, is currently running his family?s commercial real estate business. He told me that the advantages that the US enjoyed over the rest of the world in 1945, such as a monopoly in skilled labor, are now long gone. The driver of the world economy has switched from America to Asia in the nineties.

As a result, income distribution here has morphed from a bell shaped curve to a barbell, with both the wealthy and the poor increasing in numbers, squeezing the middle class. The financial crisis compressed 30 years of change into two, taking us from libertarian Ayn Rand to pay czar Ken Feinberg in one giant leap.

Having cut his teeth prosecuting the Gambino crime family in the eighties, Elliot had some views on the need for more regulation. We only need to enforce the laws on the books, not pass new ones. The ?white collarization? of organized crime has been a secular trend since the sixties. He said the ethical lapses in the run up to the crash were best characterized by a quote from Merrill Lynch?s Jack Robins; ?What used to be a conflict of interest is now a synergy.?

AIG getting 100 cents on the dollar was the greatest scam in history. The US did not extract a high enough price from highly paid executives and shareholders of financial institutions for failure, and should have let more firms go under. As for his own scandal last year, Elliot admitted that he failed, that his flaws were made publicly apparent, and that other politicians should be smarter than he was.

Although Elliot had some good ideas, I was still puzzled over what this was all about as I ploughed through my creme brulee. Perhaps the governor has a pathological need to be in front of the spotlight, even at the risk of flaming out. And no luck with the black book.