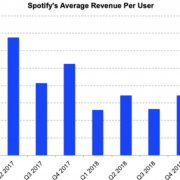 I have turned bearish on online music streaming platform Spotify (SPOT) who have grumbled to EU about the charges they must pay Apple for selling through the Apple (AAPL) app store.

These are the perils of not possessing your own proprietary platform, needing to jump through hoops to receive access to the lucrative North American market.

3rd party companies must oblige and pay the commissions or seek business elsewhere.

If the situation were the other way around, Spotify would charge Apple.

I hardly feel bad for Spotify, but Apple doubling down on the services story spells trouble for Spotify.

If they think competition is brutal now, Apple is certain to make life harder to sell through the Apple store when actively promoting a direct competitor through Apple music.

Much of the gloss is being rubbed off of Spotify who are trying harder these days just to tread water.

That was the good, now some of the bad.

The net loss of 88 cents per share (€0.79) missed consensus EPS of 39 cents (€0.35), a wayward miss that epitomizes the inherent problems with this unprofitable business model.

The numbers revealed that Spotify was overextending itself to acquire incremental revenue and is unable to generate the high-quality growth that tech companies relish.

According to Spotify, Q1 headwinds consisted of “significantly increased operating expenses” and much of that has to do with the exorbitant royalty expenses doled out to the music industry.

When a company goes the route of cheap tricks like nonsensical promotions to boost revenue, there is a material risk that customers won’t retain subscription at higher price points after the promotions drop off.

The EPS miss was horrid, but Spotify did deliver on its growth estimates delivering 26% YOY growth in Monthly Active Users (MAUs) to 217 million, slightly lower than the midpoint of the company’s guidance range of 215-220 million MAU.

Another cavity emitting pain from the mouth was Average Revenue Per User (ARPU) of only EUR4.71, roughly flat from the prior year.

Spotify has experienced a deceleration in ARPU due to shifts in product and geographic mix.

The company believes the downward pressure on ARPU has moderated and now hopes ARPU declines through the remainder of the year to be in the low single digits.

The inability to accelerate the ARPU tells us that the product’s viability in the lucrative North American market could be waning and thawing out North American revenue drivers won’t automatically guarantee a renaissance in higher ARPU.

This could be the new normal with the company presiding over lower ARPU and a big part of that stems from its penetration into lower-income countries such as India.

In February, Spotify launched its service in India and has racked up over 2 million users in the country. The company’s global market footprint now impressively spans 79 countries.

Spotify’s key areas of growth during the quarter were measurement and programmatic revenues.

Measurement-related revenues doubled from 20% to 40% of total ad revenues year-over-year.

Programmatic and Self-Serve grew 53% from last year and now account for 26% of total ad-supported revenue.

The outperformance was aided by a better than plan promotion in the US and Canada and continued expansion in Family Plan.

“Competition is really not a big factor for us,” CEO Daniel Ek who chimed in on the earnings call.

This couldn’t be further from the truth with Spotify unhappy that Apple is charging them 30% commission to sell from the Apple app store which all boils down to stifling the competition.

Apple has made it clear to investors that ramping up service growth is one of the key pillars to Apple’s story, and music will be a cornerstone of the service transformation.

Competition will heat up creating a more fractious relationship between Apple and penetrating the Android users won’t cut it.

Spotify still hasn’t offered investors an intriguing way to put the kibosh on royalty expenses and in the near future, Spotify will need to prove they can increase margins which I believe they won’t.

My bet is that operating margins are squeezed, cash burn increases, EPS goes further south and the stock show softness in the near-term. 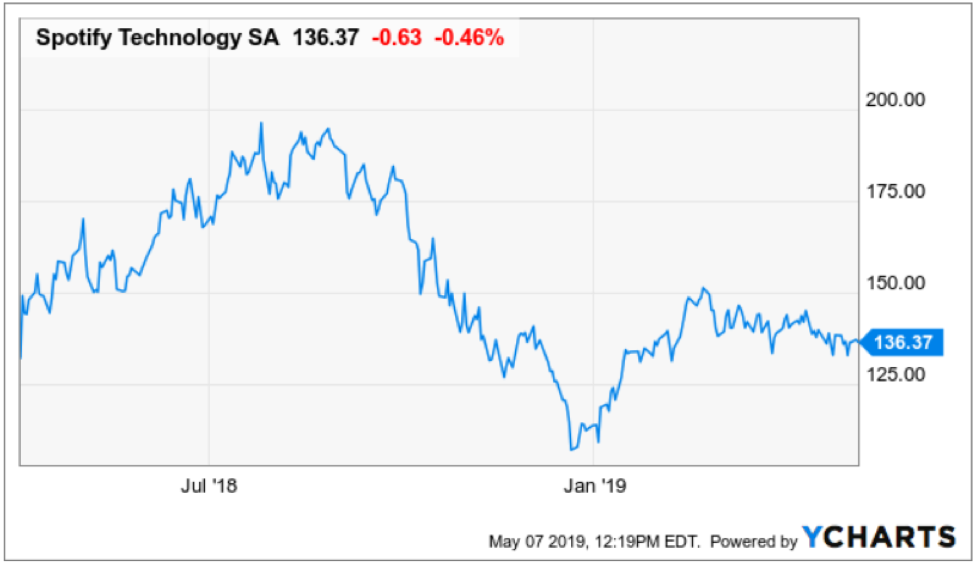 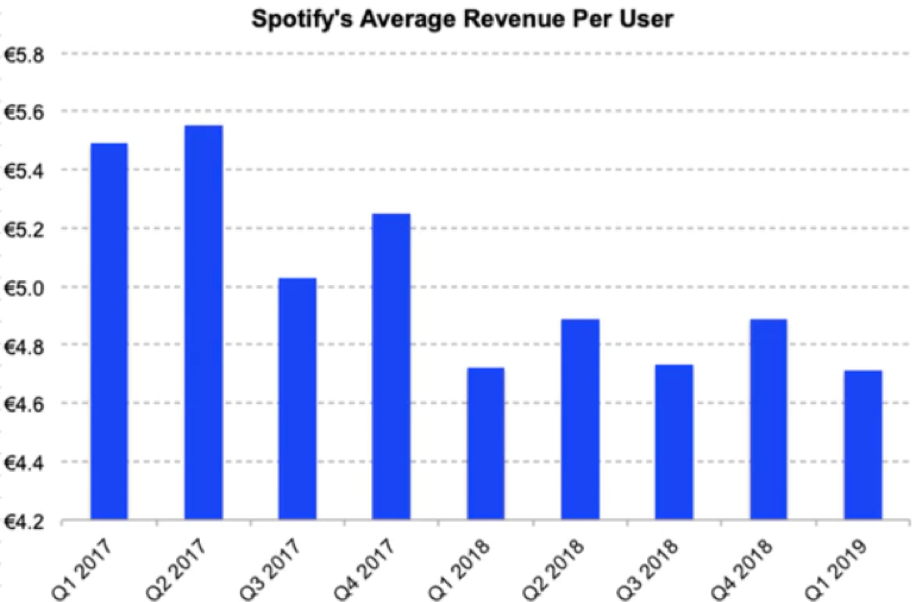 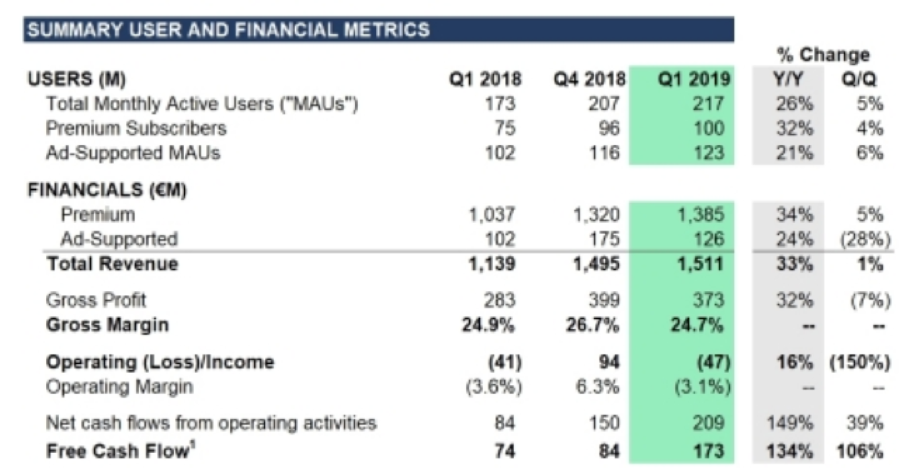