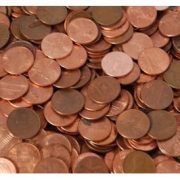 It is clear from the improving economic data from China that the hard landing scenario is off the table. This is great news for the producers of everything that the Middle Kingdom buys in bulk, especially copper.

If you like copper, you?ve got to love Freeport McMoRan, one of the world?s largest producers for the red metal. On top of that, the stock yields a hefty 4% dividend. These factors explain the sizeable insider buying that has been taking place in the shares over the past month.

Finally, the technical picture is looking pretty positive. The chart is showing that an upside breakout is taking place, supported by a sharp turn up in the 50 day moving average. The 200 day moving average is not far above, settle up the possibility of a fabled ?golden cross.? This is universally positive for share prices.

This commodity is known in the investment industry as Dr. Copper, the only metal that has a PhD in economics. That?s because of its uncanny ability to predict the future of the global economy. Copper is now hinting of better things to come, along with the stock market, like a 3.5% GDP growth rate in the US next year.

The recent strength further is confirmed by longer term charts for the Shanghai index ($SSEC), which is showing that a double bottom may well be in place. Will China permabear, Jim Chanos, finally get his comeuppance?

It?s true that copper is no longer the dominant metal it once was. Because of the lack of a consumer banking system in the Middle Kingdom, individuals have been hoarding 100 pound copper bars and posting them as collateral for loans. Get any weakness of the kind we have seen this year, and lenders panic, dumping their collateral for cash.

The high frequency traders are now also in there in force, whipping around prices and creating unprecedented volatility. You can see this also in gold, silver, oil, coal, platinum, and palladium. Notice how they seem to be running the movie on fast forward everywhere these days? This summer, we probably got an overshoot on the downside in copper that finally flushed out the last of the weak holders.

This is why I am loading up with a bull call spread Freeport McMoRan. The gearing in the company is such that a 50% rise in the price of copper triggers a 100% rise in (FCX).

The best execution can be had by placing your bid for the entire spread in the middle market and waiting for the market to come to you. The difference between the bid and the offer on these deep in-the-money spread trades can be enormous. Don?t execute the legs individually or you will end up losing much of your profit.
Keep in mind that these are ballpark prices only. Spread pricing can be very volatile on expiration months further out.