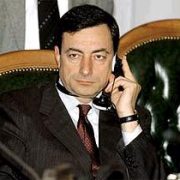 The financial markets exploded to the upside overnight with news of Europe?s triple resolution of their sovereign debt crisis. As I predicted in my letter only yesterday, the move has caught traders by surprise, enabling markets to break out to the upside from the recent ranges, and give this fall rally longer legs than most expect.

As I write this piece, the (SPX) futures have popped to 1275, a new high for this move. Ten year Treasury yields have ratcheted back up to 2.26%, and the dollar is in full flight against a basket of currencies. Here are the details in summary:

*Capital for the European Financial Stability Fund will be increased to ?1 trillion.

*Greek debt will be written down 50%, halving the country?s debt to GDP ratio in one fell swoop.

*European bank capital ratios must be raised from 6% to 9% by June next year.

The package raises more questions than it answers. It delivers less than what the optimists were hoping for, but more than what the pessimists dreaded. You really have to wonder where banks are going to raise $120 billion in private capital in this environment. As a result, Asian sovereign debt funds will probably end up owning large stakes in European banks at fabulous discount prices.

While the cut in Greece?s debt load to only 120% of GDP is welcome, it offers no clear path on how the beleaguered country is going to cope with the heavy burden of the remaining balance. Of course, the deal is a total home run for the Chinese, who I have been advising to load up on as much Greek debt as possible at 30 cents on the dollar. This is only the first chapter in what is likely to become an epic restructuring of the European economy and financial system. Much work lies ahead, and many more gut churning headlines lie in our future.

The move has triggered a ?feel good? rally for the European currency, which has soared to the low $1.41?s. Herein lies the opportunity. Wait for this rally to exhaust itself, then sell the daylights out of the Euro. They next move on European interest rates has to be down. Now that the can has been kicked down the road on the debt problem the European Central Bank can now focus on the distressed economy.

With outgoing ECB president no longer around to justify his disastrous rate hikes in the first half of the year, the new president, the Italian Central banker Mario Draghi, has a free hand to initiate a rapid unwind. At the end of the day, interest rate differentials are the only thing that foreign exchange traders really care about, and such a move would pave the way for a dramatic weakening of the Euro against the dollar. Today?s bail out gives us a great entry point for such a trade.

For those who play in option land, the no brainer here is to buy the $1.40 puts on the (FXE) three months out. ETF investors should start nibbling on the (EUO), the double leveraged short play on the Euro. And to show how earthshaking this conclusion is, my house was at the epicenter of a 3.6 magnitude earthquake that just caused it to literally jump off its foundations with a giant roar.

Draghi: To Cut or Not to Cut, That is the Question

The Bull Market in Mustangs