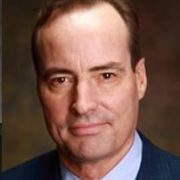 Your stock portfolio will get decimated by a stock market crash that could take the Dow average down 60% to 6,000 or lower. There will be no place to hide, as gold, silver, oil, real estate will see declines of similar magnitude.

Given the fresh dose of uncertainty besieging the markets these days, I thought I’d touch base with my pal, co-conspiring Eagle Scout, and fellow traveler, Harry S. Dent, Jr. I was inviting a bomb thrower to tea.

I listen to Harry, not because he is an iconoclast, one of the few original thinkers out there, and sometimes, a complete wild man, although these are all admirable qualities to be found in a global strategist. I listen to him because in the past, he has been as right as rain.

So when an opportunity arose to bag him for Hedge Fund Radio, I jumped. It would give my listeners an opportunity to sort through the tealeaves, work through alternative scenarios for the future of disparate asset classes, and test competing investment theories. What I got was nothing less than a Vulcan mind meld.

Harry argues passionately that we are witnessing the end of the third great bubble in debt, hot on the heels of earlier forays into madness in technology stocks and real estate. Add public and private debt from all sources, and it totals $130 trillion, the greatest accumulation of IOU?s in history. The Federal Reserve is now manipulating all markets, and the exercise is certain to end in tears. The only way out from this will be to suffer an economic and financial crisis worse than we have seen to date.

A key part of Harry?s work revolves around generational spending patterns. Americans see spending peak when they reach the ages of 46-50, and bleed off from there. He blends this perspective in with historical data on demographics and some traditional Eliot Wave Analysis to produce one of the most refined long-term views in the marketplace.

Harry runs an independent research boutique, which has accurately predicted many of the major moves in financial markets during the past 25 years.

His unique blend of demographic research, identification of global consumer spending patterns, and long-term cycle analysis, really makes Harry one of a kind. Foreign governments, major hedge funds, financial advisors, and individuals are all just wild about Harry. They have found his advice indispensible when navigating the sticky shoals of international finance.

Growth of the national debt (TLT) continues to be a major headache. Since the Great Depression, public spending has grown steadily, from supporting small town ‘Mayberry’ to the equivalent of a New York City. While much of the early deficit explosion resulted from WWII and Vietnam, all of the recent growth has come from entitlements, like Medicare and Social Security. Government estimates of $46 trillion in unfunded liabilities are wildly inaccurate, with $70 trillion closer to reality.

Harry’s advice to investors is to use any strength in coming months to unload stocks (SPY) (IWM). He would sell all remaining holdings in gold (GLD) and silver (SLV). He also wants to dump oil (USO) and other energy plays (XLE). And he believes we are about to enter a prolonged period of dollar strength. His favorite vehicle for the greenback is the ETF (UUP), which offers investors a long position against a basket of foreign currencies.

Harry is a native of South Carolina, who like Federal Reserve governor Ben Bernanke, went off to Harvard where he got his MBA. His career then took him to the top-notch private equity firm, Bain & Co., where he reported to recent presidential candidate, Mitt Romney.

After years of consulting with Fortune 100 companies, he found gaping holes in their understanding of the global economy. That spurred him to take off and create his own research boutique to address these grievous shortfalls in understanding.

To learn more about Harry S. Dent, Jr. please go to his website at http://www.harrydent.com/.

Purchasing a download of the entire interview for $4.95 is very simple. Just go to the HEDGE FUND RADIO menu tab and click on the pull down menu for RADIO SHOW (click here for the link at http://madhedgefundradio.com/radio-show/). Click on the green BUY NOW button and complete the order form. A blue link will appear telling you to ?click here to proceed?. Then click on the small blue box with the question mark inside to download. Hit the PLAY arrow to listen. You can pause, fast forward, or rewind at any time.