What a late Christmas gift!

It’s three months late, but I am sure Mark (Zuckerberg) will take it.

The cost of data just spiked thanks to UK-based Cambridge Analytica, and the FANGs are popping bottles of Champagne.

The embedded regulatory premium increased one full magnitude on the news of the data leak, and regulation will certainly be brought forward.

This is fabulous news for the FANGs because they are the ones that benefit from new data regulation because it builds a bigger moat around their businesses.

Sensational claims over third-party data extraction is just the tip of the iceberg. We haven’t wrapped our heads around the full extent of Pandora’s Box either because the hijacking of data has gone on unabated for years.

Years of grabbing market share and dominating business was well worth it because tech regulation will kill off future competition as the lubrication of free-flowing data will be scrutinized adding to costs.

Mark Zuckerberg will pay lip service, noting he didn’t know perpetrators would use data in an unscrupulous way, and the world will move on. He might even have to testify in front of various governments and put in some face time. Case closed.

Meanwhile the market doesn’t blink an eye, but whispers of tech regulation tears the market to shreds.

The ugly truth is Facebook does not care what users post on its distribution data platform as long as users post, gifting free data on themselves. Herd-like advertisers have no choice but to comply and pony up for potential clicks driving business.

The real news is in the ramifications to the FANGs, Big Data and data regulation.

Tech companies and corporate America make executive decisions based on data, and without it operations are run less efficiently and with less precision.

Big data cuts across every single big trend in tech. The unearthing of bad actors only highlights the desire for big data and the widespread monetizing opportunities of data extraction.

The volume of data is integral to the accuracy of the applications. Minimal degree of error yields higher quality A.I. technology, translating into better performance.

The data economy produces zettabytes of data now, up from exabytes, and before that, up from gigabytes.

The technological development expected by 2020 is mind-numbing. Autonomous cars will generate 4 terabytes of data per day per car. There will be 50 billion connected smart devices in operation.

Smartphones will consume more than 1 exabyte of data each day. Oh, did I mention the 43 million robots in the workplace and all the data they will produce?

The White House has missed the boat on regulation, hence the wrist slapping.

Which FANGs are most susceptible to regulation?

The FANGs that are closely aligned with the proliferation of data – Facebook and Google (GOOGL).

These two FANGs are in the firing line and disastrous headlines exacerbate an already tense situation in the short term. They will be fine long term.

Facebook and Google don’t charge their customers to circumvent the antitrust dilemma. The result is charging through a back-door method of building up user data for the means of hyper-targeting advertisements.

In general, the aftermath may lead to payment of user data – but not yet, not even close.

Until harvesting data is illegal, FANGs should be bought on the dip after the brouhaha settles down and the stock finds solid support levels.

This is hands down the best entry point into Facebook in 2018.

Big data for implementing business decisions will never go away, but the rules on how to responsibly handle it will. This is where the government is likely to step in and put its stamp on the situation. How these rules are fleshed out is a moot point because either way, Facebook will avoid any direct hits.

Any data costs related to building hyper-targeted user profiles easily will be passed on to advertisers boosting earnings. The beauty of a duopoly is that Facebook can charge more, and advertisers have no choice but to stump up the extra ad cash. Facebook would even be able to pass off the higher ad prices as a function of improved ad tech, which it is the absolute best of breed in the world.

Regulation also is necessary to steward the user-ship of 2.2 billion users. The plan for Facebook is raising revenue per user after digesting the low-hanging fruit. Facebook is perfectly placed to execute, and advertisers will grumble about additional price hikes.

The reality is that American big tech is coddled because of the American fight for technological supremacy against China. It supersedes any data harvesting blip.

The White House needs the FANGs to be powerful enough to counter the emerging threat on the other side of the Pacific. The Chinese BATs (Baidu, Alibaba and Tencent) are right on the heels of the FANGs in a full-out arms race.

Disabling the FANGs would sway the power pendulum overwhelmingly in favor of the Middle Kingdom. Washington cannot destroy the FANGs because it would give Chairman Xi the green light to dominate future technology and, in turn, the future of mankind. Trump would never let that happen, and he likes his social media too much.

Buy Facebook after the smoke clears and the dust settles. 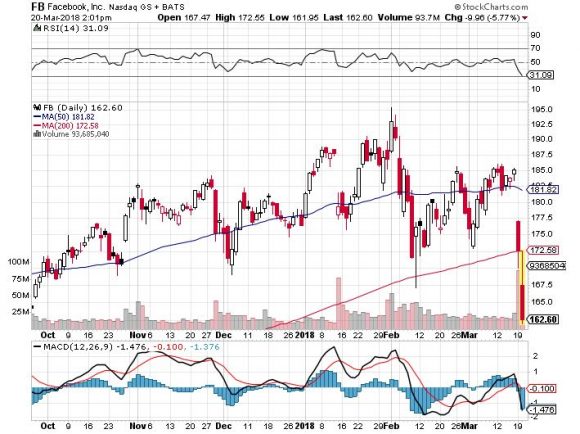 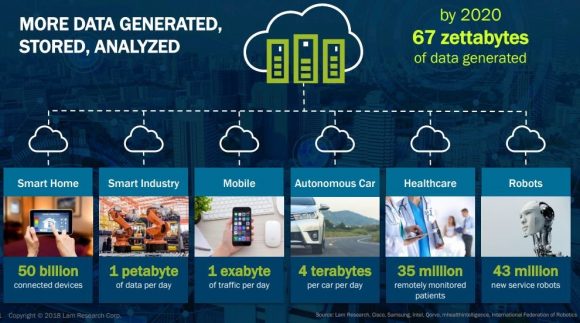 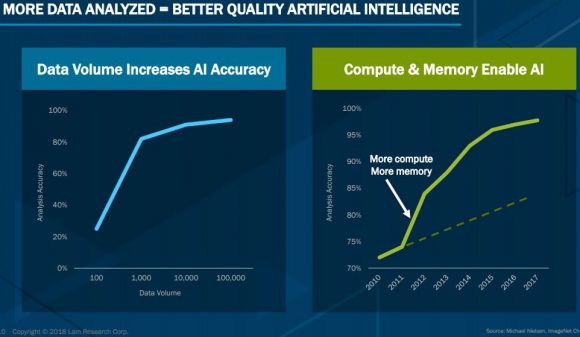 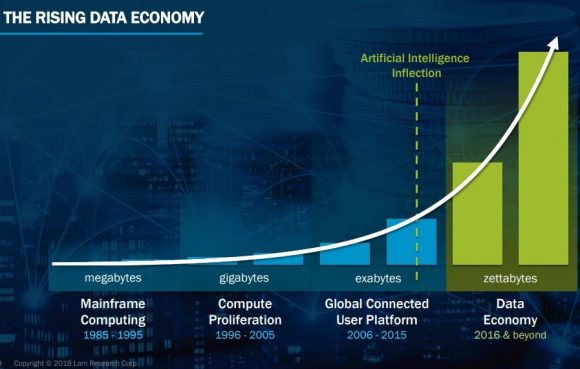 
“I’ve expressed how upset I am that the Russians tried to use our tools to sow distrust. What they did is wrong and we are not going to stand for it.” – Facebook CEO Mark Zuckerberg 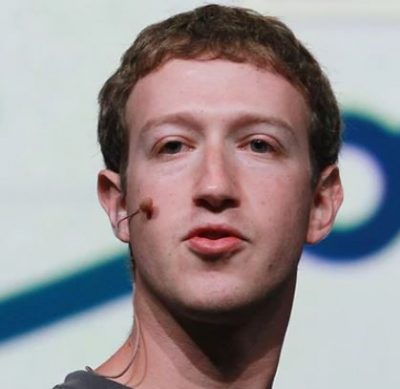 What Almonds Say About the Global Economy
Scroll to top