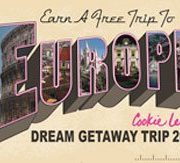 During my recent trip to Europe, I made another startling discovery about the woeful state of America?s 19th century health care system. I needed to get refills on my prescription drugs when I was in Zermatt, so I stopped by the local pharmacy and placed an order. This was for three different a typical guy my age takes for blood pressure, cholesterol, and arthritis.

Since my insurance isn?t valid in Switzerland, I was expecting to get gouged on the bill. I was amazed when I was told it was only $20 for a month?s supply. The tab? in the US without insurance was $200. Even the copay with my insurance came to $60. Why are identical drugs manufactured by the same company, Roche, ten times more expensive at home than they are in Switzerland? Even when they are invented in the US?

I asked the pharmacist if she had more of the same pills at these prices. She said sure, that I could buy all I want with a doctor?s approval. So that night, I emailed my doctor at home for new prescriptions. I then marched back in the next day and bought a one year supply for everything. Total cost: $360, and presumably, Roche is making at least a 20% profit margin at these prices.

I managed to garner an additional savings from the 40% depreciation suffered by the Swiss franc against the greenback from the 2011 high. The full ticket price for this at home would be $2,400, and the copays alone would total $720.

The savings were enough to take a substantial bite out of the cost of my trip to Europe. US customs didn?t care when I brought them back in. It has to be the multiple 100% mark ups by middlemen along the way, plus some extra cash that somehow gets into the pocket of Blue Cross to pay for the CEO?s private jets that is causing this disparity. So if you plan to visit Europe, bring your doctor?s prescriptions with you. The savings will amount to a bundle.

The Slippery Slope for Oil
Scroll to top