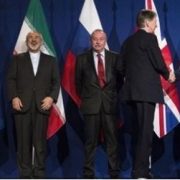 The peace deal with Iran is worth a stock market double and maybe more.

Add that to the double we already deserve from a cheap long-term price of energy, and it is clear that stock prices have a long ways to go on the upside from here.

The Iranian peace deal is a hugely pro global growth, pro risk development, which I have been forecasting for years.

Bring on the Pax Americana, whereby the United States no longer faces any industrial strength adversary anywhere in the world for decades to come.

That is why I have been adding to what is already a precariously bullish position in the Mad Hedge Fund Trader?s model trading portfolio, which by the way, us up an impressive 12.67% so far in 2015. Hold on to your hats, because there are still more Trade Alerts in the works to come.

New all time highs for the service are a hair?s breadth away.

After discussing the finer print of the agreement with my many friends at the State Department, the Joint Chiefs, the CIA, and Israeli Intelligence, it is a miracle that this deal got done at all.

Pouring molasses in the works were direct communications between the Republican Party and the far right in Iran, both of which have absolutely no interest in a peace deal getting done.

This led to an event almost ludicrous in the annals of international diplomacy, where moderate Iranians lectured American conservatives on the finer points of US constitutional law, and the Persians were proffering the correct view.

I?ll break down the major talking points, and their consequences. I will also draw where I can from my own knowledge of nuclear weapon construction, which I picked up while working at the Atomic Energy Commission?s nuclear test site in Nevada 45 years ago. Not much has changed since then, although it has been a while since I have heard ?nuke them till they die!?

Iran won?t see positive economic consequences from the deal until well into 2016. That?s because they first have to destroy 14,000 centrifuges in full public view, from 19,000 down to 5,000. The Iranians see this as a big win because the US initially demanded only 1,000 centrifuges.

Iran also has to cut its uranium stockpiles to a fraction of its current inventory, another big job. The US has offered to purchase the excess uranium at market prices to fuel its own power plants.

Not until then will only the economic and financial sanctions be lifted, not the military ones. Remember Iran still possesses a ton of US military hardware purchased by the late Shah at inflated prices (to account for the bribes), which is in desperate need of spare parts.

Those waiting anxiously for another crash in the price of oil may have to sit on their hands for a while, as it will take this long for the new Iranian crude to hit the market.

Iran is permitted to enrich uranium to only 3.67%, enough to run an electric power plant, but far below bomb grade 90% purity.

This deal has a ten-year maturity on enrichment. What happens after that will be subject to the next round of negotiations. The future of the deep underground research facility at Fordow is still up in the air.

However, if Iran falls out of compliance for any reason, the US could destroy this facility at any time with a single, recently upgraded bunker buster bomb. The Iranians know this.

This element is crucial for the development of any large atomic bombs. Iran has agreed to destroy its reactor at Arak used to produce it, setting them back several years. All heavy water (2H2O) used to run the reactor will be sold on the open market.

They are going to get the full proctological level of international inspection. The hot stuff is not hard to find. You can see it from a satellite that is already permanently stationed overhead.

Third party international inspectors will get unrestricted access to the entire nuclear supply chain, from the uranium mines to the storage of the enriched end product. These intrusive inspections will continue for 25 years.

What Could Go Wrong?

Domestic backlashes in either the US or Iran could easily torpedo the deal. In that case, the financial markets would quickly give back any rallies achieved so far.

Representatives from both sides are already making conflicting representations to their own people on what exactly has been agreed to in Geneva.

Iran has the tougher sell, to the powerful Revolutionary Guards, which are currently making a fortune from the black market that the sanctions created. No sanctions means no pay, and therefore, no play.

The Republican Party will do whatever they can to demolish an agreement, and all 16 presidential candidates have already come out strongly against it. The Republican controlled congress will certain refuse to lift sanctions, even if a final agreement is signed.

This is meaningless, as the European sanctions will be gone, where Iran conducts most of its international trade anyway. In the end, US big business will force congress to cave, lest they lose out on the immense profits about to be made in Iran.

The country has suffered from 40 years of woeful underinvestment in its oil and gas industry, and guess who the most competitive provider of that is (think yellow roses, Astros).

If the US doesn?t agree to the deal, it is likely that Europe would make the move without us, leaving America twisting in the wind. In any case, the US has the most aggressive weapons monitoring infrastructure, run by old friends of mine out of Los Alamos, New Mexico. (Hey John, call me!). So, our participation is crucial.

Also, if there is no deal, Iran would probably have a bomb in a year anyway. After all, sanctions didn?t prevent them from boosting their number of centrifuges from 300 to 19,000 over the last 15 years.

The reality is that the government in Tehran has probably done the math and found that a weapon they would probably never use anyway was not worth keeping the country in a permanent depression with dramatically falling standards of living.

The lesson here is that economic sanctions work, if you are willing to wait long enough.

For More depth on the long term global economic and financial implications of the peace deal with Iran, please read my recent piece ?Here Comes the Next Peace Dividend? by clicking here.

By the way, in this piece I predicted years ago that such an earth shaking development would crash the price from $100 to $30 a barrel and it looks like that is exactly what we are going to get. 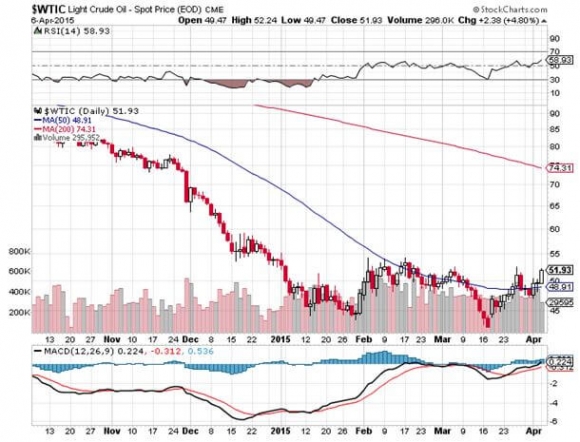 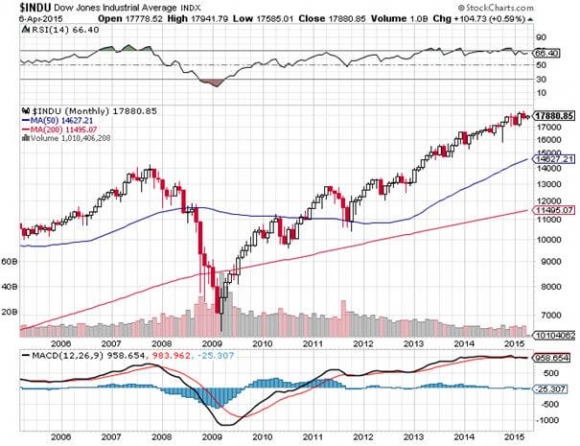 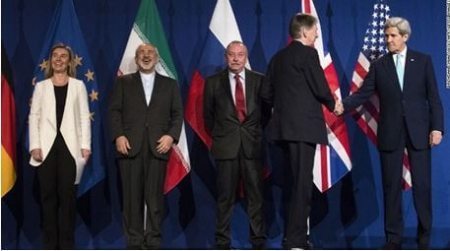