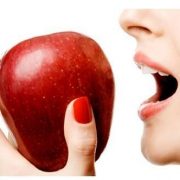 Apple has been one of the great conundrums of the investment industry this year, the stock falling through the floor of any standard valuation model. With the shares at $395 the stock is discounting a 12% drop in earnings per year for the next several years. Either something terrible is about to happen at Steve Jobs? creation, or it is the ?BUY? of the century. I believe it is the later.

This is a company that continues to earn $200 million per hour! It also has $150 billion in cash on the balance sheet, which works out to about $120 per share. Ex-cash, you are buying the operating company at a price earnings multiple of seven times, less than half the 15.5 multiple for the S&P 500, a level one normally associates with an imminent bankruptcy. Apple is essentially has a Google (GOOG) type income statement with a JC Penny (JCP) valuation.

The reasons for the 45% plunge in Apple shares are really quite simple. This is a company that is notorious for its lack of concern about shareholders and its general antipathy towards Wall Street. While other companies carefully manage earnings expectations to reliably beat forecasts by a penny, you never see this with Apple. The earnings are what they are, take it or leave it.

This attitude allows Apple to bunch together new product releases without regard for the impact on the share price. When they deliver a series of rapid, successful product launches, the stock soars. This happened last September after the introduction of the iPhone 5, new iPads, and a new iMac, taking the stock up to an all time high of $706.

Then you get nothing for nearly a year and the stock crashes by a third. To see what I mean, look at the long-term chart below, where we have seen four corrections like this over the past decade. The pullback is bigger this time because it started from Apple?s position as the largest company in the world when everyone owned it.

There also is a compelling technical argument here. At $360 you hit a support level on the longer-term charts that stretches back two years.

You won?t have to wait long to see if this Trade Alerts works. Apple earnings come out after the Tuesday close. My bet is that the stock rallies, no matter what they say, as there is already so much bad news in prices. And for good measure, I went out and bought another iPad last weekend.

Ready for Another Bite

Probing for a Bottom in Gold
Scroll to top