1) Long time futures trading veteran, Yra Harris, thinks we are in a mini bubble now, which is not built on excessive leverage, and therefore won?t go as high as previous ones.?? The carry trade is now pouring into large cap equities with decent dividends and healthy balance sheets, like Verizon Communications (VZ) and AT&T (T). Why should banks bother lending to borrowers of dubious credit when they can simply pick up a clean 400 basis points in the Treasury market. He foresees chop inside a range for the indefinite future, frustrating the hell out of traders. Yra likes gold and silver against FX shorts, like the euro and the British pound, as investors continue to seek a deflation hedge. He also likes the grains long term, as Obama is continuing the disastrous policies of the Bush administration, such as promoting ethanol as an alternative fuel. He is cautious on copper, which has become overextended and is overly dependent on the China trade. The Fed should raise interest rates by 2% tomorrow, as the artificially low 0.25% rate now is creating dangerous imbalances in the financial system. Yra is a global macro hedge fund manager who has been a fixture of the futures community for over three decades. He writes a daily blog on macro investing called Notes From Underground, which you can find at www.yrah53.wordpress.com. To listen to my complete interview with Yra please go to my website by clicking here

2) I got a call from my friends at the International Energy Agency in Paris warning me that all was not good in oil land (USO). The short term prospects for crude prices are poor, and this bodes ill for all other beneficiaries of the global carry trade, which at this point, is virtually everything. OPEC?s surplus oil production, a great leading indicator for future oil process, has rocketed to a 5 year high of 4.7 million barrels/day in recent months. Some 3.8 million barrels a day of unused production is in Saudi Arabia. The March/August contango has widened out to an annualized 10.6%, allowing hedge funds with access to credit to buy spot, sell forward, and reap a handy return. There is now so much oil in storage ?on the water? in over 100 tankers that you can almost walk from Galveston to Aruba and not get your ankles wet. If there is the slightest sign that stock markets are topping, the dollar continuing its strength, or the economy slowing from the current torrid 5% rate, crude could revisit the $50 handle in a heartbeat. I would not recommend an oil short to my worst enemy, as flocks of black swans (Iran, Israel, Yemen, Somalia, Nigeria) can poop on you from above at any time, delivering a price spike. Long term, oil price still have to go up a lot. Natural gas (UNG) is another story which has been recently laboring under the $6/MBTU level. We are going to come out of the winter with the highest in-the-ground-storage on record, currently at a staggering 2.85 trillion cubic feet, despite one of the coldest winters in history. It?s going to take a decade to get the infrastructure in place to use all of this, no matter how cheap it is. 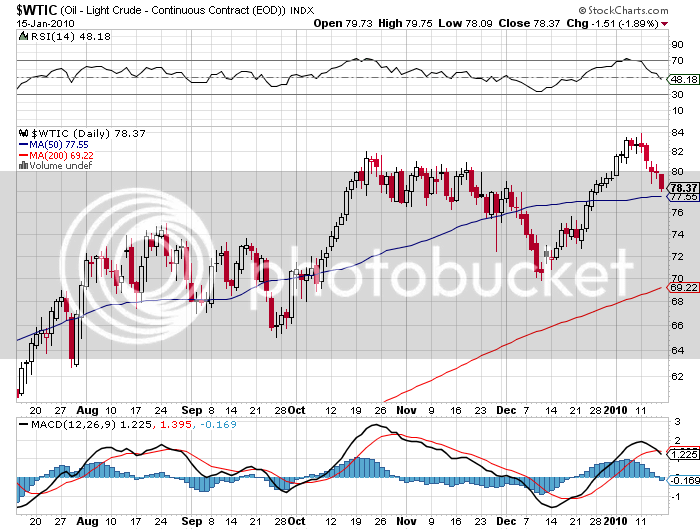 3) As I am in a mood today to dump copiously on the new crop of bubbles, let?s take a look at the junk market. I have been a huge fan of the high yield market since early last year, when the market was discounting an Armageddon type default rate that was never going to happen, and aggressively pushed high yield ETF?s like (JNK) and (HYG) (click here ). I still liked junk in my January 4 Annual Asset Allocation Review. But this is getting ridiculous. The average junk bond now yields 8.7%, down a whopping 100 basis points in a mere six weeks. It is now the lowest since October, 2007, when the credit crisis was just a theory espoused by a few crackpots, permabears, and ?end of the world? sandwich board types. If the global carry trade suddenly goes into hibernation, or if economic prospects transition from a 5% to a 2.5% world, which I believe will happen sometime this year, the resulting carnage could be the goriest in the high yield area.