3) The Grains Take Off. It turns out that perfection doesn’t continue forever, after all. That was the bet I was more than happy to make three weeks ago when I started to buy the ags (click here for ‘Going Back Into the Ags’ ). Since then, torrential rains in the US and Canada have worsened growing conditions, causing the US Department of Agriculture and virtually every independent research house to stat rapidly paring forecasts of both acreage and yields. Oats have had a gigantic move, corn futures clocked a limit move up day, wheat has taken off like a scalded chimp, and soybeans have decisively broken out to the upside. It’s not just a North American problem. Reports of shortages have started pouring in from the major producers of Brazil, Russia, China, the Ukraine, and Australia. The hidden hand of massive Chinese buying is now turning up everywhere, as they scramble to lock in supplies to feed their hungry masses. The backwardation in the soybean meal market, where front month futures contracts trade at big premiums to the far months, speaks volumes about the demand out there. Just look at the wheat action on Friday. The USDA announced a slight improvement in the crop, which should have tanked the market, but the futures tacked on 4% anyway. Throw bad news on a market, and if it goes up, you want to own it. No one was more surprised than the full time grain traders, who saw nothing but record supplies stretching out as far as the eye could see. Only the (CORN) ETF has made it to market so far, bringing in a 13% gain from its low.? The paperwork for wheat (WEAT) and soybean ETF’s (SOYB) is still in the works. So the only way to play this was through the futures markets. I look for more gains in the grains, and it is safe to say that, at this stage, you have missed the bottom. And as I always like to say with the ags, if the trade doesn’t work out, you can take delivery and eat your longs. 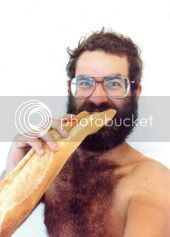