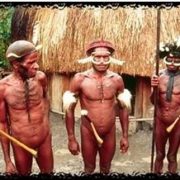 If you are looking for another emerging market to add to your list of things to buy on dips, then take a look at Indonesia (IDX). The world?s largest Muslim country offers a combination that I love, a population with great demographics that is also a major energy and commodities exporter.

The archipelago is the biggest country in Southeast Asia and a huge exporter of oil and LPG to Japan on long-term contracts. (An old friend of mine torched their Borneo fields at the beginning of WWII, and spent four years in a Japanese prison camp for his troubles.) Other big exports include marvelous textiles, rubber, and increasingly rare tropical hardwoods. Another plus is one of the world?s most pro growth population pyramids (see below).

Islamic inspired terrorism is still a lingering concern. I keep Indonesia in the category of highly volatile, high risk, high return frontier markets that you only want to buy on a big dip. Keep it on your radar.

Meet Your New Investors in Indonesia

Who is Ben Bernanke?
Scroll to top