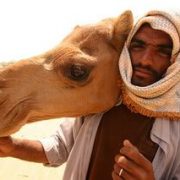 I recently spent an evening with Ambassador Richard Jones, the Deputy Executive Director of the International Energy Agency in Paris, who had some eye opening things to say about the energy space. The IEA was first set up as a counterweight to OPEC during the oil crisis in 1974, and has since evolved into a top-drawer energy research organization.

World GDP will grow an average 3.1%/year through 2030, driving oil demand from the current 84 million barrels/day to 103 million b/d. That means we will have to find the equivalent of six Saudi Arabia?s to fill the gap or prices are going up, possibly a lot. His conservative target has crude at $190 in twenty years. Some 39% of that increase in demand will come from China and 15% from India.

A collapse in investment caused by the financial crisis means that supply can?t recover in time to avoid another price spike. More than 1.5 billion people today don?t have electricity at all, but would love to have it. The best the climate negotiations can hope for is for CO2 to rise until 2020, and then plateau after that, because once this greenhouse gas enters the atmosphere it is very hard to get out.

This will require a massive decarbonization effort reliant on nuclear, hydro, alternatives, and carbon capture and storage. Up to half of the needed carbon reduction can be achieved through simple efficiency measures, like ditching the incandescent light bulb, driving more hybrids, and closing dirty, old coal fired power plants. Natural gas will be a vital bridge, as it is cheap, in abundant supply, and emits only half the carbon of traditional fossil fuels. The total 20-year bill for the rebuilding of our new energy infrastructure will exceed $10 trillion.

Richard, who comes from a long diplomatic career in Kuwait, Kazakhstan, and Israel, certainly didn?t pull any punches. I have been a huge fan of the IEA?s data for 35 years. Better use any weakness in oil prices to accumulate long term positions in crude through the futures, the ETF (USO), the offshore drilling companies like Transocean (RIG), and oil and gas plays like ExxonMobil (XOM)? and Occidental Petroleum (OXY). When oil comes back, it will do so with a vengeance.

Keep Indonesia on your Radar
Scroll to top