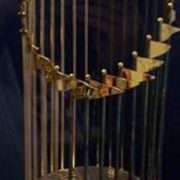 What a game! Burp.

The San Francisco Giants trounced the Kansas City Royals 3-2 in what had to be one of the most exciting games in World Series History. After winning four of seven games, the City by the Bay brings home the Commissioner?s Trophy for the third time in five years.

The Giants are starting to rival the incredible run enjoyed by the New York Yankees during the 1920?s. My grandparents went to every game 90 years ago, and enthralling me as a child with tales of Babe Ruth knocking the ball out of the park. Baseball runs in our blood in my family.

I attended game two in San Francisco, and spent the pregame completing my Christmas shopping for the year, feverishly buying commemorative baseballs, knit hats, and T-shirts at $40 a pop. China?s trade surplus must be soaring.

A Niagara Falls of beer was pouring out of the concession stands. The air was electric with enthusiasm. An entire flotilla of yachts and kayaks moored in McCovey cove, watching the game on iPhones, hoping for a home run to fly straight to them.

The F-16?s flew in formation 500 feet overhead right on cue, a GoPro camera broadcasting the cockpit view to a giant screen in the stadium.

House Minority Leader, Nancy Pelosi, and California Lieutenant Governor, Gavin Newsome, sat just below me, where else, but in the left infield. In fact, a foul ball almost landed in the lap of the Pelosi.

Staring Giants pitcher, 25-year-old Madison Bumgarner, seemed to defy the laws of physics, using a slight, boyish frame to throw a sizzling 98 mile per hour fast ball. If he would only get a haircut! Are baseball players getting younger, or am I getting older?

I missed heavyweight, Juan ?The Panda? Sandoval, belt out a home run because I was stuck in the 30-minute line to get into the men?s room. The blue clad Royals cheering section went comatose, where else, but in the far upper right field bleachers.

Both sides threatened to score in every inning. We spent virtually the entire game standing on our feet screaming our lungs out.

Many thanks to the San Francisco Bay Area readers who emailed encouragement to me throughout the game. To the Kansas City readers who sent messages like ?Go Royals? when they scored, a pox on your houses, homesteads, teepees, or wherever you live in that God forsaken land.

When the Giants won their games, the fireworks exploded over the bay. The city ignited into celebration, with cars everywhere honking their horns and cable cars ringing bells.

Probably 100,000 poured out of packed bars into the streets for a huge nonstop party. Groping my way through the crowd, I almost got run over by the black GM Suburban?s of Nancy Pelosi?s Secret Service detail attempting a speedy exit.

I almost fell asleep on the last train home. If I had, I would have ended up at the end of the line at Pittsburgh/Bay Point, where I would have gotten mugged and lost all of my $40 T-shirts.

But I didn?t. I?m back to Earth today writing this letter with the mother of all hangovers. My clothes were so covered with spilled beer, cotton candy, and errant mustard and ketchup I undressed directly in the laundry room. Hopefully, the dry cleaner can figure out how to get the chewing gum off my prized Giants jacket.

To watch a two minute video of one of the most exciting games in history, please click here. 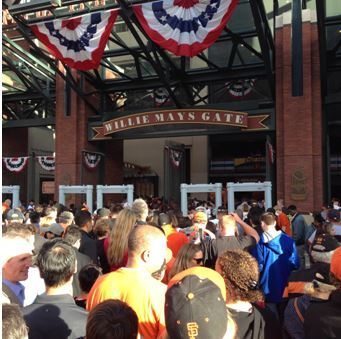 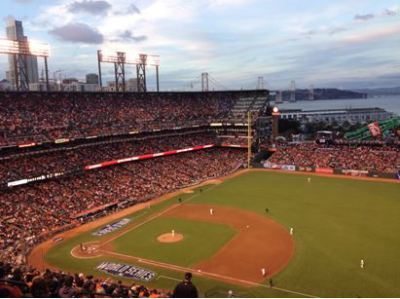 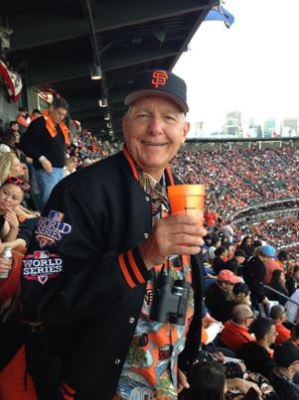