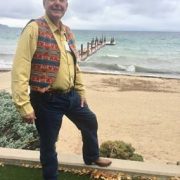 What a week that was!

Trump campaign criminal indictments, a controversial new tax bill, Apple earnings, a Fed governor appointment, and a blockbuster Nonfarm payroll report would have kept the hands full of any trader.

Yet, despite all of this, markets closed at new all-time highs on Friday.

Followers of the Mad Hedge Fund Trader also got to enjoy the Lake Tahoe Master Minds Conference on the weekend, one of the truly insightful events of the year.

But more on that another day.

I'll make a few brief comments on the the week's action, as I have to race over a High Sierra mountain pass before it is closed by snow.

The market momentum is so overwhelming that to resist it would be like standing in front of a runaway locomotive.

Hedge funds have lost half their potential trades, the short side, and are getting hit with massive redemptions for poor performance.

All agree that it will end, and maybe soon, but NO ONE is willing to stick there neck out now.

As for me, I am committing to going 100% into cash in mid-December, now the de facto end of the year.

The risk/reward of initiating new positions is now so unfavorable, that no other choice is justified.

With mountains of tax deferred selling postponed until 2018, January has HURT written all over it.

Some 100% of the market gains in October were due to only the five FANG stocks.

Without their contribution, the S&P 500 would have been down for the month.

Apple (AAPL) alone added $80 billion in market capitalization, the equivalent of the GDP of a small country, larger than Ethiopia, but smaller than Sri Lanka.

Apple earnings came out better than expected, pouring more fuel on the FANG fire, taking the share up 53.51% since January, creating an eye-popping $310 billion in new market capitalization.

The Federal Open Market Committee came and went with no action, as expected. The federal funds rate stands at a 1.25%-1.50% range.

Don't expect the same at the December meeting.

From January, the meeting will be held with a new boss in town.

Jerome Powell was the closest thing to an ultra-dove the Republicans could find in their party.

So expect Janet Yellen's policies will continue unchanged, with a focus on jobs, and interest rates lower for longer.

You don't want to appoint an interest rate hawk to the Fed just before you take on a mountain of new debt, which seems to be the plan.

Mueller fired the opening salvo in a long string of criminal indictments that will stretch out for years.

His strategy is clearly to arrest peripheral figures first, squeeze them for all they're worth to exchange damning testimony for a light plea bargain, then circle in on the final criminal mastermind, whoever that may be.

The markets proved how desensitized they have become to out-of-the-blue Washington shockers by engineering a mere 200 point correction, which was over in hours.

The FBI has been doing this for 100 years. It is all classic G-Man stuff. Expect it to continue.

What better way to finish the week than with a blockbuster October Nonfarm Payroll Report that showed the economy added 261,000 jobs.

The headline Unemployment Rate collapsed to a subterranean 4.1%.

It shows that the hurricane inspired dent to the economy snapped back smartly, as I expected.

A global synchronized economic recovery is a tough thing to bet against.

What is happening now is that Europe and Japan, once a drag on growth, are now beating the pants off the US.

That's because they implemented American style quantitative easing five year later, and it is only now starting to bear fruit.

As for the tax bill, don't even waste your time reading about it nor your accountant's.

There is absolutely NO chance that the bill will pass in the remaining eight working days congress still has in 2017.

The president believes as much by leaving the country for 14 days the day the plan was announced.

If he thought the bill had the remotest chance of passing he would be here working the phones like crazy trying to force it through.

Something greatly diluted will get through some time next year with minimal impact on the economy, but with a lot of new government debt.

The economy, and corporate America, are doing just fine, thank you, as this year's earnings reports confirm.

So don't downgrade your car, sell off the second home, or tell the kids they need to get minimum wage jobs to finish college just yet.

The coming week will be the slowest of the month from a data point of view.

On Monday, November 6, there is no economic data of any import.

On Tuesday, November 7 at 6:00 AM EST we get a new NFIB Small Business Optimism Index, which is based on a questionnaire of only 10 common business outlook questions.

On Wednesday, November 8, at 7:00 AM EST we obtain MBA Mortgage Applications, which should tail off, given the recent sharp rise in interest rates.

The weekly EIA Petroleum Status Report is out at 10:30 AM.

Thursday, November 9 at 8:30 AM EST we learn the Weekly Jobless Claims, which have been plunging to new 43 year lows.

On Friday, November 10 at 1:00 PM, we receive the Baker-Hughes Rig Count, which lately has been rolling over. 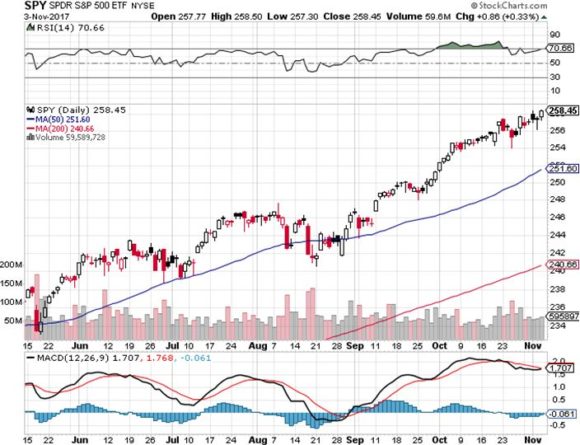 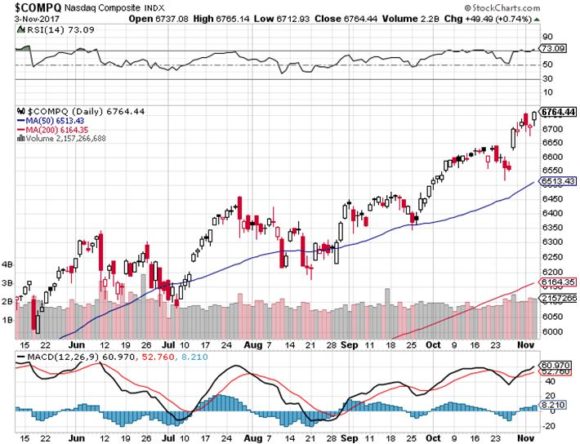 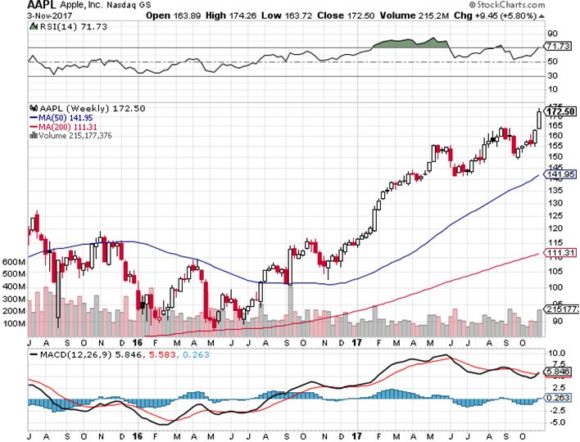 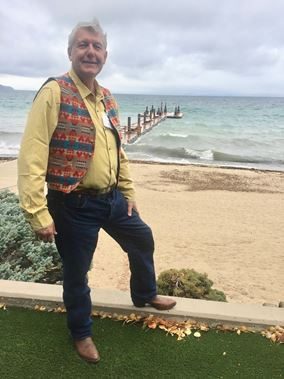 Don't Get Scammed by the Mutual Funds