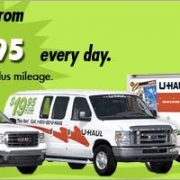 It is the end of the school year at the University of California at Berkeley, and the unenviable task of moving my son, a senior, out of his hovel for the holidays fell to me.

When I arrived, I was stunned to find nothing less than a war zone. Both sides of every street were lined with mountains of trash, the unwanted flotsam and jetsam cast aside by departing students. Computer desk, stained mattresses, broken lava lamps, and an assortment of heavily worn Ikea furniture were there for the taking. Newly arriving students were sifting through the piles looking for that reusable gem. Diminutive Chinese teenagers were seen pushing massive suitcases on wheels down the sidewalk on their way back to Shanghai, Beijing, and Hong Kong. The university attempted to bring order to the chaos by strategically placing dumpsters on every block, but they were rapidly filled to overflowing.

It was all worth it because of the insight it gave me into one of my favorite, least know leading economic indicators. When I picked up the truck at U-HAUL, the lot was absolutely packed with returned vehicles, and there were more parked on both sides of the streets. The booking agent told me there is a massive influx of people moving into California from the Midwest and the Northwest, with the result that lots all over the San Francisco Bay Area are filled to capacity.

I love this company because in addition to providing a great service, they get the first indication of any changes to the migratory habits of Americans. The last time I saw this happen was after the dotcom bust, when thousands of tech savvy newly unemployed pulled up stakes in the foggy city and moved to Lake Tahoe to work in ?the cloud.? Bottom line: California is enjoying a resurgence of hiring and new economic growth. This is what the stock market is seeing that you and I can?t.

Want a Great Deal on a Used Lava Lamp?

China Steps Up Its Nuclear Program
Scroll to top