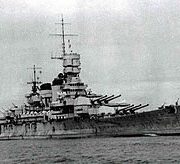 The abject failure of the equity indexes to breach even the first line of upside resistance does not bode well for the ?RISK ON? trade at all. Only a week ago I predicted that the markets would be challenged to top 1,340 in the (SPX) and $78 for the Russell 2000 (IWM). In fact, we made it up only to 1,335 and $77.90 respectively.

To see the melt down resume ahead of the month end window dressing is particularly concerning. That?s the one day a month that investors really try to pretend that everything is alright. People just can?t wait to sell.

Blame Europe again, which saw Spanish bond yields reach a 6.6% yield on the ten year and the Italian bond market roll over like the ?Roma? (a WWII battleship sunk by the Germans while trying to surrender to the Allies). Facebook didn?t help, knocking another $8 billion off its market capitalization, further souring sentiment.

Urging traders to head for the exits was confirming weakness across the entire asset class universe. The Euro is in free fall. Copper took a dive. Oil is plumbing new 2012 lows. Treasury bond prices rocketed, taking ten year yields to new all-time lows at 1.65%. It all adds up to a big giant ?SELL!?

It is just a matter of days before we revisit the (SPX) 200 day moving average at 1,280. Thereafter, the big Fibonacci level at 1,250 kicks in. It is also exactly one half the move off of the October 2011 low, and unchanged on the year for 2012.
I am not looking for a major crash here a la 2011. There is just not enough leverage and hot long positions in the system to take us down to 1,060. It will be a case of thrice burned, four times warned. And remember, last year?s 1,060 is this year?s 1,100, thanks to the earnings growth we have seen since then. With 56% of all S&P 500 stocks now yielding more than the ten year Treasury bond, you don?t want to be as aggressive on the short side as in past years, when bond yields were 4 or higher.

By adding on a short in the (SPY) here, I am also hedging my ?RISK ON? exposure in the deep in-the-money call spreads in (AAPL), (HPQ), and (JPM), and my (FXY) puts. The delta on these out-of-the-money?s are so low that I can hedge the lot with one small 5% position in the at-the-money (SPY) puts.

Below, find today?s charts from my friends at www.StockCharts.com with appropriate support and resistance levels outlined. If I may make another observation, when you see the technicals work as well as they have done recently, it is only because the real long term end investors have fled. There are not enough cash flows in the market to overwhelm even the nearest pivot points. That leaves hedge fund, day, and high frequency traders to key off of the obvious turning points in the market. That also is not good for the rest of us.

It?s a good thing that I?m not greedy. If I had sold short a near money call spread for the (TLT) on May 23, I would be in a world of hurt right now. Instead, I went six point out of the money. So when we get dramatic moves like we saw today that take bond yields to all-time lows, I can just sit back and say, ?Isn?t that interesting.? This spread expired in six trading days, which should be enough time to digest the big move today and expire safely out of the money and worthless. What?s better, I can then renew the trade at better strikes after expiration into the July?s and take in more money.

If you are wondering why I am not doubling up on the short Treasury bond ETF (TBT) down here, it?s because it doesn?t have enough leverage. In these conditions you need to go for instruments that can generate immediate and large profits, such as through the options market. The topping process for the Treasury market could go on for another month or two. Until that ends, I am happy to use price spikes like today?s to sell short limited risk (TLT) call spreads 6-8 points out of the money, which can handle a 20 basis point drop in yields and still make you money.

If you own the (TBT) and are willing to take a multi month view, you should be doubling up here. This ETF will have its day in the sun, it is just not today. We could see the $20 handle again and maybe even $30 within the next year. That makes it a potential ten bagger off of today?s close.

I don?t want to touch gold (GLD) or silver here. The barbarous relic is clearly trying to base at $1,500 an ounce. If it fails, it will probably only go down to only $1,450 before major Asian central bank buying kicks in. Better to admire it from afar, or limit your activity to early Christmas shopping for your significant other. We are months away from the next major rally in the yellow metal.

Time to Puke Out Again