1) I have worshipped legendary hedge fund manager, Bill Fleckenstein, as the God that he is for decades. So I thought it was time to catch up with the noted bear on the day the Dow popped above 10,000. Bill said he took out his ‘Dow 10,000’ hat and symbolically placed it on top of the six foot tall stuffed grizzly he keeps in his office. The same idiots who sold the bottom in March are now buying the top, and some fantastic short selling opportunities are setting up. He is in no rush, as the current liquidity driven tide that is lifting all boats could run into January. But 2010 could be the year when serious money is once again made on the short side. His favorite targets will be technology companies like Research in Motion (RIMM), where double ordering is now rampant, as Kool-Aide drinking managers rush to replenish depleted inventories. Retailers like high end department store Nordstrom (JWN) are also in his cross hairs, as are restaurant chains like IHOP (DIN). Big banks are a temptation, but they are a black hole on information, and the government is changing the rules every day, so he’ll stay away. ‘Anything with a bad balance sheet will get clubbed,’ said Bill, with the subtlety of a 20 pound sledge hammer. Long Treasury bonds are a bubble waiting to burst, and the TBT is a home run staring you in the face. He can understand why the low end in residential real estate is holding up, with the government offering a tax free bribe of $8,000 to all comers ($15,000 in California). But the high end is in serious trouble, and it is raining McMansions in tony neighborhoods.?? The nightmare won’t end until the banks foreclose on everything and then puke it all out, putting in the real bottom. This could be a long time off. He doesn’t see any way commercial real estate can avoid disaster. What Bill does like is gold and silver, which seem to be climbing a higher wall of worry than stocks. He also likes the commodity producing currency, the Canadian dollar. Imagine that? Have I left anything out? Buy wheat. Traders are transfixed by this year’s huge American crop, when in reality, 40% of the wheat producing areas of the world are suffering prolonged droughts, and $8/bushel is not out of the question. How does he know all of my positions? Did someone tell? At least if I’m wrong in my own views, I’ll have some distinguished, articulate, and very entertaining company. For more on Bill’s views, go to his insightful and informative blog called the ‘Daily Rap’ by clicking here 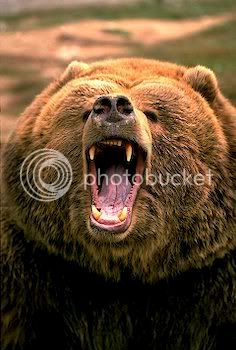 2) Wow! Dow 10,000! It is definitely the year of the bungee cord. Of course, the GDP is now 40% higher, and the national debt, at $12 trillion, is more than double the first time the index crossed this magic number in 1999. Some are saying this is an indication of how cheap the market is. Some, but not all- including me. We have a ‘V’ shaped stock market recovery discounting an ‘L’ shaped economic recovery, a match made in Hell, which will come back to haunt us all. Bond fund subscriptions are outpacing stock fund subscriptions by 13 to one. Humongous amounts of cash prefer to sit on the sidelines in money market funds and short term Treasury bills yielding nothing. Insider buying is nonexistent. Only 85% of the population is participating in the economy now, if you use the broader unemployment statistics, and only 75% of you take out the ‘black’ economy. It seems like much of the investing public has taken up the attitude of fool me once, shame on you. Fool me twice, shame on me. Sure you could strap on a long here and make a few bucks. Could you conceivably get away with it? Maybe. Is it a good idea? No. Making 10% on the upside at the risk of a 50% loss is not how great fortunes are wrested from the market. There is a time to play and a time to sit, and I vote for the latter. There is no law that says that you always have to trade, despite what your broker might say.

3) Just thought I’d pass on a complimentary review of my letter and website by one of the more sophisticated personal blogs out there, posted by Laurence Hunt. You can read it by clicking here . I slave away 16 hours a day, tracking 100 markets around the world, writing until my shoulders are so stiff they feel like they’ve turned into concrete, wondering if anyone ever reads this stuff. Reviews like this are indisputable proof that someone is, and keeps me going.

4) There was an article in the Wall Street Journal the other day which I’m sure you skipped over, but which has earthshaking implications for the energy future of the US. Until now, the country’s power grid has been divided into three unconnected chunks, making transnational transmission impossible, leading to huge regional mispricing. While California and New York suffered from brown outs and sky high prices, electricity was given away virtually for free in Texas. A group of power companies is now proposing to build the $1 billion Tres Amigas superstation in Clovis, New Mexico that would connect all three grids. The plant would use advanced superconducting technology that will send five gigawatts of power down cables cooled at 300 degrees below zero. The facility would solve a major headache of alternative energy planners, and will no doubt accelerate development. It would allow the enormous wind farms on the drawing board in the Midwest to ship energy to the power hungry coasts. Ditto for the mega solar projects proposed in the Southwest deserts, and the big geothermal plants being built in Nevada. With Obama sending tidal waves of government cash towards the sector, the timing couldn’t be better. It is also great news for major alternative suppliers like First Solar (FSLR). Some of these projects might now actually make some sense. For the complete story, please click here .

‘The economic crisis will continue until we get some real leaders and get rid of all the whores in Washington,’ said the ever diplomatic Bill Fleckenstein, a legendary hedge fund manager.