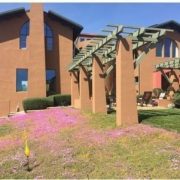 You would think having a real estate guy for president would be good for real estate.

That is not necessarily so.

Remember that Donald Trump went bankrupt four times with his property ventures. You may lack his skills in extricating himself from these misadventures, let alone reap a billion dollars in tax benefits.

Suffice it to say, it?s complicated.

This is important because most people’s best performing investment over the past five years has been their home.

Depending on where you live, and the amount outstanding on your mortgage, the return could be as much as 1,000%.

There is no doubt that the initial impetus a Trump economy will have on residential real estate is positive.

The magnitude of deficit spending that Trump is talking about with jobless claims at all times lows is highly inflationary. Trump wants to throw gasoline on the fire and toss in a few sticks of dynamite for good measure.

Real estate is the best inflation hedge out there.

What?s more, rising incomes will increase purchasing power in what is already a supply constrained market.

As a result, home prices should break free from the current sedentary 5% annual increases to 10% or more, for at least the first couple of years.

The dark side of Trump?s economic policies is that interest rates have taken off like a rocket.

This was already a work in progress as the entire world was already expecting the Federal Reserve to raise interest rates at their December 14th meeting.

The Trump win put a turbocharger on this trend.

Yields on ten-year Treasury bonds have leapt from 1.33% in July to 2.30% today, a near record increase of nearly 1.00% in less than four months.

The initial phase of any rate hiking cycle creates a stampede, as buyers rush to beat interest rate hikes and lock in low 30-year rates.

This is a big deal.

For the past five years, I have been advising readers to refinance their homes with ultra low interest rates offered by 5/1 ARMS or adjustable rate mortgages.

The assumption then was that rates would remain lower for longer under a Clinton administration, and that you could always refinance again at near zero rates during the next recession.

That assumption has gone into the ashcan of history, so I changed my mind.

In the Trump world, you want a 30-year fixed rate mortgage. While the rates here have jumped from 3.45% to 4.01% since July, this will appear laughably low in three years.

Higher interest rates bring a stronger US dollar, so the inward flood of foreign investment from abroad, primarily from China and Europe should increase.

But it won?t go into New York penthouses, the kind that Donald Trump sells, because new anti-money laundering statutes have created a cloud over this market.

Instead, foreigners will flock to commercial real estate, or the McMansions that have recently proved so popular.

Trump has also promised to repeal the Dodd-Frank financial regulation bill. This will make it easier for banks to lend, especially to low income families with lower FICO scores.

Subprime is about to make a big comeback.

If you are planning to sell your home, definitely delay the closing into 2017. While no specifics have been mentioned (as with everything else), the reduction of long-term capital gains taxes has long been a Republican panacea.

Delaying a sale by a few weeks could cut your tax bill by hundreds of thousands of dollars.

That appears to be the new game -? avoiding taxes.

One potential threat to housing would be the demise of Fannie Mae and Freddie Mac.

These two quasi-governmental bodies recycle home loans from the private sector and went into receivership after the 2008 crash.

The United States is the only country in the world that engages in this kind of activity which has delivered a long term push on home prices upward.

Trump surrogates have promised to eliminate these two entities, or at the very least, privatize them. If that occurs the bulk of conforming mortgages will lose their de facto government guarantees.

Unfortunately, this story does not have a happy ending.

While short-term stimulus will deliver a higher high in real estate prices, a lower low will follow when the stimulus ends.

Boom and Bust, that has been the never ending cycle since real estate was invented. Even Donald Trump can?t repeal the Law of Supply and Demand.

While the next bust is probably at least a couple of years off, the seeds of the next financial crisis are being sewn as I write this.

Rape, pillage, and plunder, that is the new investment strategy.

Just don?t forget to sit down when the music stops playing, as millions did in 2008. 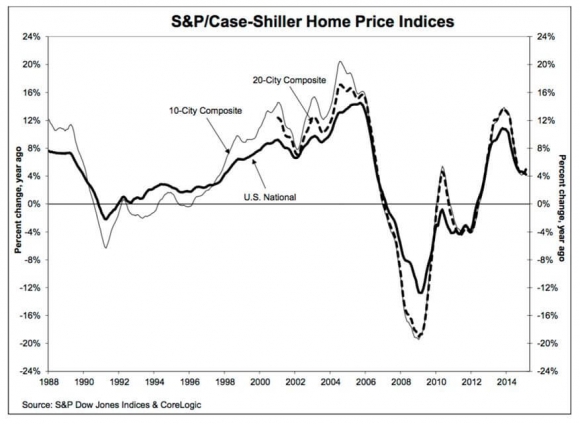 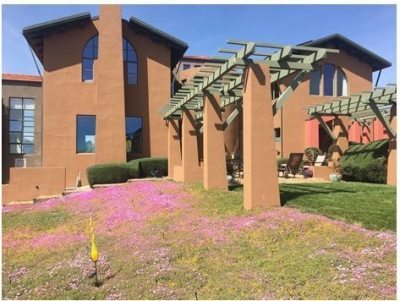