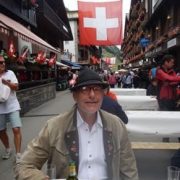 It was one of those moves that appeared so gigantic and so unreal that you had to blink, while checking the cables on the back of your computer and your broadband connection.

The Swiss franc has just skyrocketed by 17% against the dollar in one tick.

First the bad news: the rent on my summer chalet in Zermatt, Switzerland had just risen by 17%.

And the good news? Holders of the ProShares Ultra Short Euro ETF (EUO), which I have been pounding the table on for the past seven months, just instantly appreciated by nearly 10%.

In a market that rarely sees moves of more than 1% a day, 17% is positively earth shaking, if not unbelievable.

A quick scan of my Bloomberg revealed that the Swiss National Bank had eliminated its cap against the Euro. Until now, the central bank had been buying Euros and selling Swiss francs to keep its own currency from appreciating.

This was to subsidize domestic exports of machinery, watches, cheese, and chocolate with an artificially undervalued currency.

The SNB?s move essentially converts the country to a free float with its currency, hence the sudden revaluation. Switzerland has thus run up the white flag in the currency wars, the inevitable outcome for small countries in this game.

One wonders why the Swiss made the move. Their emergency action immediately knocked 10% off the value of the Swiss stock market (which is 40% banks), and 20% off some single names.

I was kind of pissed when I heard the news. Usually I get a heads up from someone in a remote mountain phone booth when something is up in Switzerland. Not this time. There wasn?t even any indication that they were thinking of such a desperate act. Even IMF Director, Christine Lagarde, confessed a total absence of advance notice.

Apparently, the Swiss knew that eliminating the cap would have such an enormous market impact that they could not risk any leaks whatsoever.

This removes the world?s largest buyer of Euro?s (FXE) from the market, so the beleaguered currency immediately went into free fall. The last time I checked, the (FXE) had hit a 12 year low at $114, and the (EUO) was pawing at an all time high.

My prediction of parity for the Euro against the greenback, made only a few weeks ago in my 2015 Annual Asset Review (click here) were greeted as the ravings of a Mad man. Now it looks entirely doable, sooner than later.

The Germans have to be thinking ?There but for the grace of God go I?. If the European Community?s largest member exited the Euro, which has been widely speculated, the new Deutschmark would instantly get hit with a 20% appreciation, then another, and another.

Your low end, entry level Mercedes would see its price jump from $40,000 to $80,000. Kiss the German economy goodbye. Political extremism to follow.

There was another big beneficiary of the Swiss action today. Gold (GLD) had its best day in years, at one point popping a gob smacking $40. After losing its way for years, the flight to safety bid finally found the barbarous relic.

It seems there is nowhere else to hide.

By the way, the rent on my Swiss chalet may not be going up that much. My landlord has already emailed me that whatever increase I suffer in the currency will be offset by a decline in the cost in local currency terms.

It seems that the almost complete disappearance of Russians from the European tourism market during the coming summer, thanks to the oil induced collapse of their economy, is emerging as a major drag on Alpine luxury rentals.

That?s the way it is in the currency world. What you make in one pocket, gets picked out of the other. 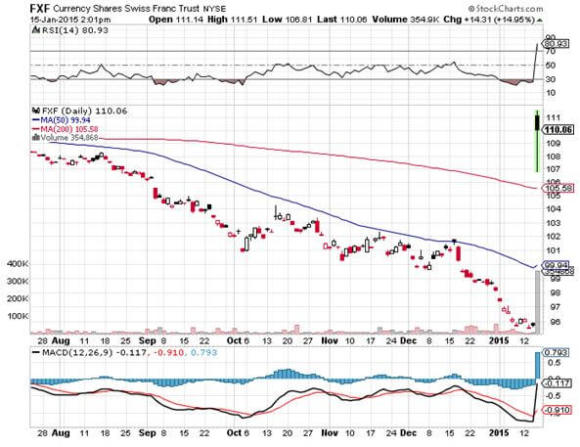 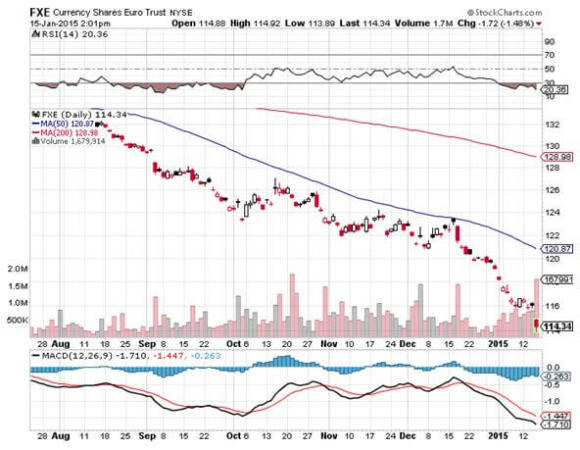 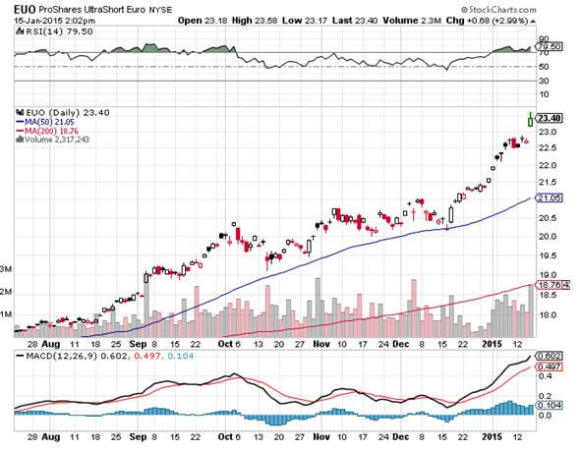 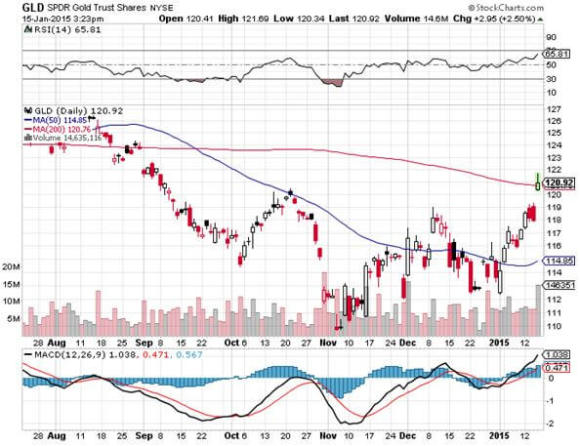 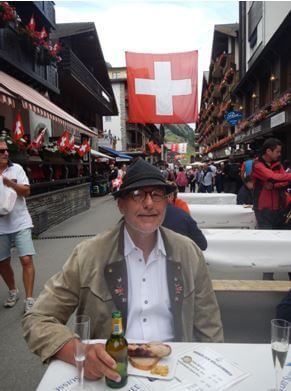 That Bratwurst is Suddenly More Expensive 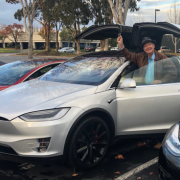 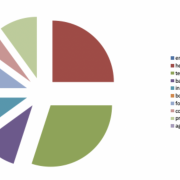