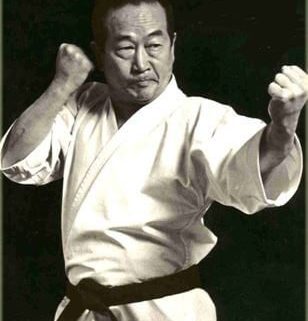 If you live long enough, you see everything.

After a 25-year hiatus, here I am finally back making money in the Japanese stock market once again.

Any sentient being couldn?t help but notice the specular results the Japanese stock market has produced so far in 2015.

The Nikkei Average is up a robust 11.7%, while the Wisdom Tree Japan Hedged Equity Fund (DXJ), which eliminates all of the underlying yen currency risk, has tacked on an impressive 13.2%. This compares to a US Dow average return for the same period of essentially zero.

So, is it too late to get in? Are we joining the tag ends of a party that is winding down? Or is the bull market just getting started?

To answer that question, you have to go to a 30 year chart for the Nikkei average which chronicles all of the violence, heartbreak and drama of the great Japanese stock market crash, and the budding recovery that has since ensued.

The bulls see a crucial triple bottom at ?7,500 that has spread out over ten years, from 2003 to 2013. The initial resistance for the bull market was at ?18,000. That level was decisively broken last week.

It is no accident that this sea changing technical action is happening now. Last year rumors abounded that the Japanese government would mandate higher equity weighting by Japanese pension fund managers.

That is exactly what happened at the end of February. The government required pension fund managers to increase equity weightings from 8% to 25%, at the expense of their Japanese government bond holdings. I guess the 0.33% yield on the ten-year wasn?t exactly tickling their fancy.

To meet the new guidelines, managers have to buy $120 billion worth of stocks over the next two years.

That is a lot of stock.

Japanese pension fund managers are the world?s most conservative. Since they can no longer buy all the domestic bonds they want, they are investing in stocks that are essentially bond equivalents.

These include relatively high dividend yielding domestic defensive sectors, like pharmaceuticals, railroads, services, chemicals and foods. With the program only just starting, the Nikkei will be underpinned by local Japanese institutional buying, possibly for years. That eliminates your downside.

Enter the foreign investor. Gaijin mutual fund and hedge fund managers alike were net sellers of Japanese stock for all of 2014. They turned to net buyers only three weeks ago.

Guess what kind of stocks foreigners like to buy? The same kind they buy at home: technology stocks. Take a look at the charts below for Sony (SNE) and Canon (CAJ) and the breakouts there exactly match up with the timeline I described above.

Sony, in particular deserves special mention. Sony was the Apple of Japan during the 1980?s, and should have been the Apple of today. But the company lost its way after 1990, when the founder, my friend Akio Morita, passed away.

Succeeding management was dull, sluggish, and unimaginative. The world quit buying its top of the line stereo systems. As a result, its market capitalization plunged from $150 billion to only $10 billion.

The final indignity came when North Korean hackers almost wiped out the company last year when it released The Interview, a spoof on dictator Kim Jong-un.

These days, Sony is leading the resurgence of the Japanese stock market. Management modernized and westernized. It launched a range of new high tech products. It is selling at a dirt cheap 12X multiple. I also think it is safe to say that their hacking defenses are now state of the art.

It doesn?t hurt that when foreign investors think of buying Japan, picking up Sony is the first thing that comes to mind.

So the technicals and the supply/demand picture lines up, how about the fundamentals?

Go into Japan now, and you are betting that Prime Minister Shinzo Abe (I knew his dad), will succeed in his ?three arrows? plan for economic and financial reform. Insiders believe he can pull this off.

The December election gave him a continued mandate from the Japanese people. The Bank of Japan is also in his corner, implementing a monetary policy that is so aggressive that it was once thought unimaginable. Doubling the money supply in two years?

This is why the Japanese yen will continue to depreciate, which is also highly reflationary for the economy, and is the subject of my Trade Alert below to sell yen.

I remember the day it hit that level all too well.

The rock group Chicago was leading the charts with Look Away. The office at Morgan Stanley was packed with women wearing these big shoulder pads that made them look like football players. Huge sunglasses, neon colors and big hair were everywhere.

Like I said, if you live long enough, you see everything, even another Japanese bull market. 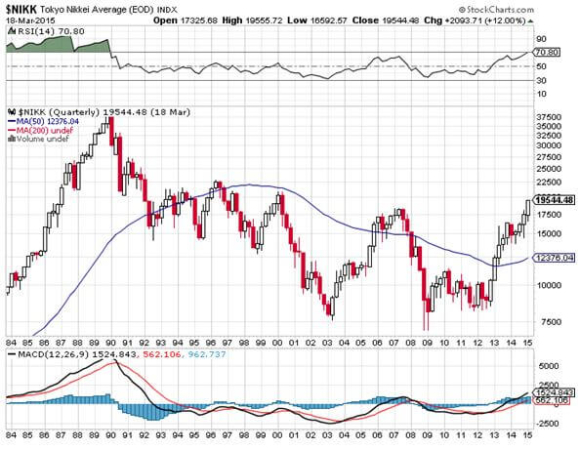 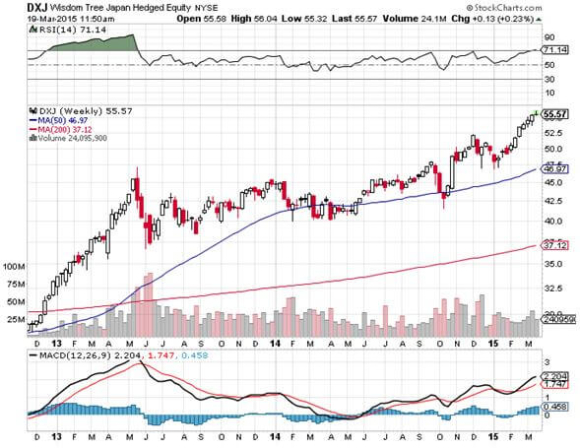 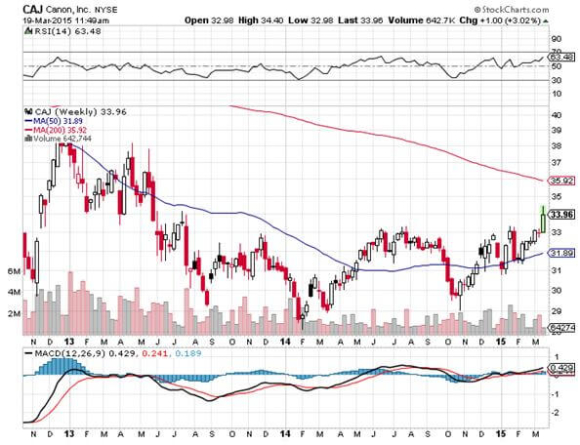 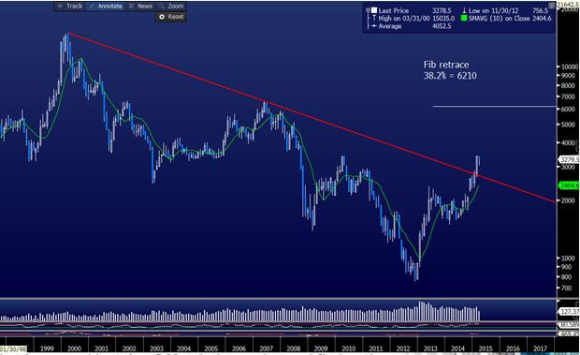 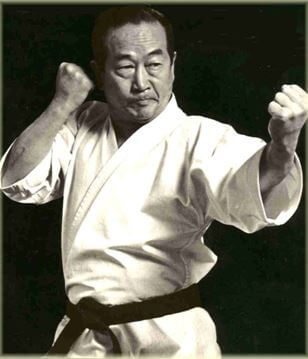