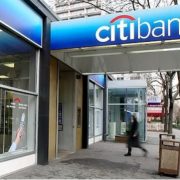 By buying bank shares here you are playing the second derivative of the short bond trade. Banks are about to go from being less profitable to more profitable during a falling bond, rising interest rate environment. Every trader on the street knows this, hence the sudden renaissance of the financials.

Take a look at the charts below prepared by my friends at Stockcharts.com. They show that after tracking nicely with the S&P 500 for most of the year, Financials suddenly started to drastically lag the market in October. That was on the heels of the bond market rally triggered by the Federal Reserve?s failure to taper in September.

Fast forward to two weeks ago, when I correctly called the top of the bond market and started slamming out the Trade Alerts to buy puts as fast as I could write them. Since November 1, financials have become the top performing sector of the market, and it is dragging the (SPY) upward kicking and screaming all the way.

I?ll tell you what is happening here. Traders are dumping story driven momentum stocks like Tesla (TSLA), and piling into the biggest lagging sectors for fresh meat. The dive in Treasuries gave them all the excuse they needed. That?s why the Financial Select Sector SPDR ETF (XLF) has bolted out of nowhere to a new five year high. The same is also true for Wells Fargo (WFC) and our favored Citigroup (C).

The financials rally could continue until the sector becomes overbought relative to the rest of the market, which could be well into next year. And yes, before you ask, that includes Morgan Stanley (MS) and Goldman Sachs (GS), which are really more structured like banks now in the wake of the Dodd Frank bill.

So I am going to take profits here on my existing long position in the Citigroup (C) December $45-$47 bull call spread. With the shares now trading just short of $52, we are now too far in-the-money to get much further benefit from a continued appreciation. Better to go into cash now, so I can reload on the next dip, which could happen next week.

We grabbed 80% of the potential profit holding the position a mere seven trading days. This is my 15th consecutive closing Trade Alert, and the 20th including my remaining open profitable positions. I have only six more to go until a break my previous record of 25. It doesn?t get any better than this.

Time to enter more bids on eBay for Christmas presents. That black Chanel Classic handbag with gold trim is looking pretty good. Do you think a new Brioni suit will fit into Dad?s stocking over the fireplace? Santa?.hint, hint!

Watch Out for the Jobs Trap