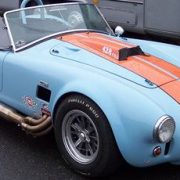 While driving back from Lake Tahoe last weekend, I received a call from a dear friend who was in a very foul mood.

Following the advice of another newsletter whose name I won’t mention, he bailed out of all his stocks during the December meltdown. He was promised that Armageddon was coming, and the Dow would collapse all the way to 3,000.

With the Federal Reserve now on a rate easing path, here we are with the major stock indexes just 2.7% short of all-time highs.

I paused for a moment as a kid driving a souped up Honda weaved into my lane of Interstate 80, cutting me off. Then I gave my friend my response, which I summarize below:

1) There is nothing else to buy. Complain all you want, but US equities are now one of the world’s highest yielding securities, with a lofty 2.0% dividend.

A staggering 50% of S&P 500 stocks now yield more than US Treasury bonds (TLT). That compares to two thirds of all developed world debt offering negative rates and US Treasuries at a parsimonious 2.48%.

2) Oil prices have bottomed, but remain historically low, and the windfall cost savings are only just being felt around the world. $60 a barrel is a hell of a lot cheaper than $150.

3) While a low Euro (FXE) if definitely eating into large multinational earnings, we are probably approaching the end of the move. The cure for a weak euro is a weak euro. The worst may be behind for US exporters.

4) What follows a collapse in European economic growth? A European recovery powered by a weak currency. European quantitative easing is working.

5) What follows a Japanese economic collapse? A recovery there too, as hyper accelerating QE feeds into the main economy. Japanese stocks are now among the world’s cheapest.

6) While the next move in interest rates will certainly be up, it is not going to move the needle on corporate P&L’s for a very long time. We might see at most two 25 basis point hikes by the end of this cycle, and that probably won’t happen until the second half of 2019. In a deflationary world, there is no room for more.

This will make absolutely no difference to the large number of high growth corporates, like technology firms, that don’t borrow at all because they have enormous cash internal flows.

7) Technology everywhere is accelerating at an immeasurable pace, causing profits to do likewise. You see this in the FANG stocks, where blockbuster earnings reports are becoming as reliable as free upgrades.

See the new Alzheimer’s cure? It involves extracting the cells from the brains of alert 95-year old’s, cloning them, and then injecting them into early stage Alzheimer’s patients. I’ve already put myself on the waiting list.

8) US companies are still massive buyers of their own stock, some $1 trillion worth this year, and a relaxed repatriation tax law is pouring gasoline on the fire.

This has created a free put option for investors for the most aggressive companies, like Apple (AAPL), Cisco Systems (CSCO), Microsoft (MSFT), IBM (IBM), and Intel (INTC), the top five re-purchasers.

9) Ignore this at your peril, but China is stimulating their economy like crazy, and it is just a matter of time before that growth spills over to the US.

10) Ditto for the banks, which were dragged down by falling interest rates for most of the last decade. Reverse that trade this year, and you have another major impetus to drive stock indexes higher.

My friend was somewhat set back, dazzled, and nonplussed by my out of consensus comments.

With that, I told my friend I had to hang up, as another kid driving a souped up Shelby Cobra GT 500, obviously stolen, was weaving back and forth in front of me requiring my attention.

Where is a cop when you need them? 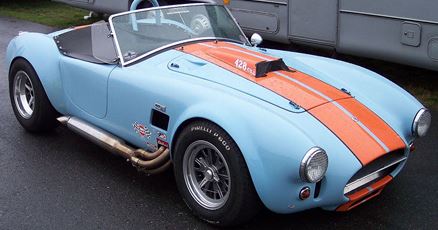 Who Will Be the Next FANG?
Scroll to top