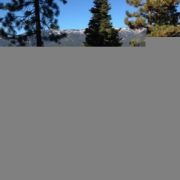 I missed the Boeing (BA) trade last week.? So, I now have “Trump’s Tweets Today” on my bookmarks list.?

I get a lot of older folks asking me if they should buy Treasuries for their retirement.? When I explain that one percent increase in yield results in a 20% loss in value they think I’m crazy.?

A lot of older folks don’t understand that annuities with fixed income (6%) are less than break-even when you consider inflation.?

I sure think there is a large market for a reasonable investment service that has your format.?

Thanks again for the heads up.? You are the best. Sign Up Now for FREE Texts of Trade Alerts

Managing Your Risk Into Year End
Scroll to top