Food tech stock Beyond Meat, Inc. (BYND) went from euphoric to absolute dud when shares surged above $240 at the end of July only to crash.

In general, tech stocks have had a successful year, but the second half of the year has been inordinately unkind to growth stocks and Beyond Meat bore the full brunt of the change in market sentiment.

Let me remind you that I am not saying this is a bad company or a bad stock like Uber (UBER) or Lyft (LYFT).

Investors can take away many positives from their overarching story and even more so as the stock has come down from the heavens settling in the mid-70’s range.

First, plant-based food is not going away anytime soon and is intertwined with the Millennial ethos of living healthier and protecting the planet.

Nonprofit organization The Good Foods Institute has forecasted that the plant-based food market is valued at more than $4.5 billion in the U.S. and grew 11% year over year.

Plant-based meat rose 10% last year, a substantial decrease of 25% year over year, but industry experts believe there is a significant pipeline of international revenue just waiting there for the taking.

More than one-third have tried at least one plant-based meat product, a low figure, but of those that have tasted, 57% make a repeat purchase.

Let’s compare it with another successful plant-based product that has matured into a winner – milk.

This market has developed into a $1.86 billion market and plant-based milk is further ahead than the plant-based dairy and meat market.

If plant-based meat enters into the same trajectory as their cousins’ plant-based milk, grabbing 10% of market share from the overall retail meat market is feasible.

The special sauce that initially propelled the share price to the Himalayan highs of July was the insane growth rate which last quarter came in at 211.5% year-over-year.

The company is also surprisingly profitable eking out a $4.10 million performance last quarter on almost $92 million of quarterly revenue.

But I would like to bring investors back to reality and remind them that the company only does $92 million of revenue per quarter and the one before that a touch above $67 million.

This company is still in its infancy and just because it bursts with life in its formative stages does not mean investors can extrapolate that for years ahead.

What are the headwinds and how far off are they?

The most unstable variable rearing its ugly head is intense competition imminently barreling towards Beyond Meat.

An outsized dosage of competition would take an axe to profit margins with minimal chance of a quick reversal even if Beyond Meat manages to offer an outperforming product.

Beyond Meat is the disruptor and reaped a dividend from the first-mover advantage and the subsequent network effects.

But that doesn’t mean larger companies can’t copy them and that is exactly what is happening as we speak.

These big players will dump volume onto the plant-based food market and Kroger Co. just announced it would introduce 58 plant-based items under its private label Simple Truth in 2020.

Beyond Meat’s strategic position could suffer if consumers prove less brand loyalty and more price-conscious, then Beyond Meat’s first-mover advantage could dissipate and dynamics could revert closer to commodity industry profit margins.

Investors are laser-like focused if Beyond Meat can maintain gross margins over 35% by layering strategic partnerships with businesses that have a widespread addressable audience base.

If Beyond Meat fails in this respect, the competition will gradually destroy its competitive advantage and tank its share price.

The quality of the product has a large role to play in this too.

Another possible headwind is that Impossible Foods’ Impossible Burger is favored by many taste experts in taste tests diminishing Beyond’s product to the second tier.

But If the company can mimic the taste of a high-quality burger and replicate at least 80% of that experience, the products are likely to stick leading to more investment to capture that last 20% of the taste experience.

It is yet to be determined if Beyond Meat can muscle itself through the gauntlet of rigmaroles, and technically, its overhyped beginnings have given way to a more modest share price as of late.

If the stock enters into the $50 price range, it would be an advantageous price point to scale into this leader of food tech, but I would monitor it closely because the narrative could change on a dime and the story could sour if their strategy begins to fail. 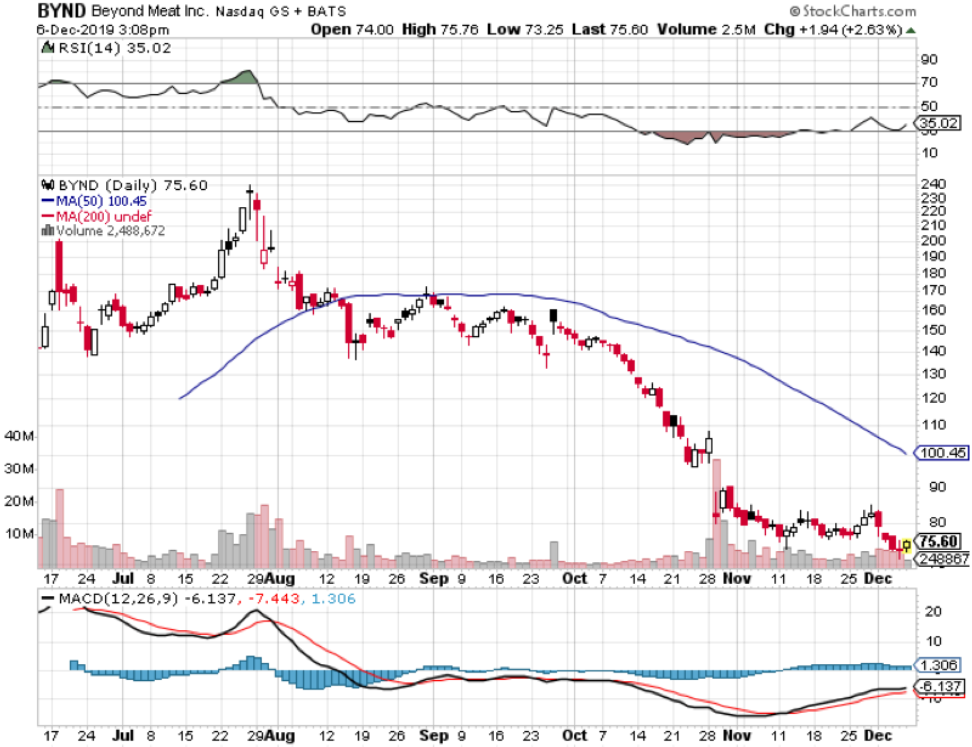 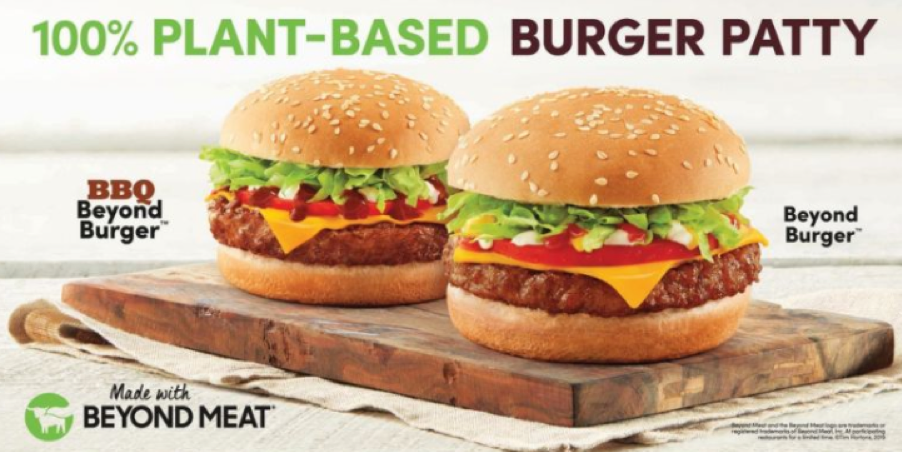 The Market Outlook for the Week Ahead, or the Melt-Up Continues