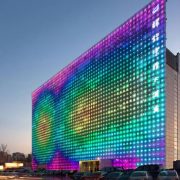 I firmly believe that simple solutions to our energy problems are in the process of coming out of the blue, and are something no one is thinking about now.

Add up the contributions of many small improvements, and the cumulative change will alter our economic future beyond all recognition. Here are two of them.

General Electric (GE) is now mass-producing their ?Smart Energy LED Bulb,? which can screw into a conventional socket and produce the same amount of light as a 60-watt bulb, but consume only nine watts of power.

Some 22% of America?s electric power supply is used for lighting, and this bulb could cut our total consumption by 17.6%.

Other bulb manufacturers are getting into the game, like Philips, Osram, Toshiba, and Panasonic, which are already offering more efficient designs. The downside is that, while they last 25,000 hours, or ten times longer than a conventional incandescent bulb, they will initially cost $15-$25.

Economies of scale are expected to bring costs down dramatically in a few years. The Department of Energy has selected Seattle as the test bed for an all LED (light emitting diode) public lighting system.

Here is another game changer for our energy woes. If you double conventional car engine efficiency, US oil consumption drops by half. This is not so hard to do. The US government has already mandated that US car makers achieve an average fleet mileage of 54.5 miles per gallon by 2025.

They are hoping this will lower the cost of gasoline to $1 a gallon by then. They may get their wish this year instead.

One of the first things you learn in a freshman level physics class is how inefficient an internal combustion engine is, using hundreds of moving parts operating at 500 degrees to convert only 25% of the energy input into to motion.?

Tesla?s (TSLA) entire electric drive train has just 11 moving parts, operate at room temperature, and convert 80% of its energy into motion. When they go to the mass market in two years with the $35,000 Tesla 3, it will have a huge impact on our overall energy picture

Add this in with the surging supplies of American shale oil, and the utter collapse of the price of Texas tea (USO) over the past six months is suddenly starts to make incredible sense.