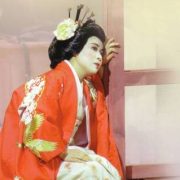 ?Oh, how I despise the yen, let me count the ways.? I?m sure Shakespeare would have come up with a line of iambic pentameter similar to this if he were a foreign exchange trader. I firmly believe that a short position in the yen should be at the core of any hedged portfolio for the next decade, but so far every time I have dipped my toe in the water, it has gotten chewed off by a piranha.

To remind you why you hate the Japanese currency, I?ll refresh your memory with this short list:

* With the world?s weakest major economy, Japan is certain to be the last country to raise interest rates.

* This is inciting big hedge funds to borrow yen and sell it to finance longs in every other corner of the financial markets.

* Japan has the world?s worst demographic outlook that assures its problems will only get worse. They?re not making Japanese any more.

* The sovereign debt crisis in Europe is prompting investors to scan the horizon for the next troubled country. With gross debt approaching 200% of GDP, or 100% when you net out inter agency crossholdings, Japan is at the top of the list.

* The Japanese long bond market, with a yield of 0.1.2%, is a disaster waiting to happen.

* You have two willing co-conspirators in this trade, the Ministry of Finance and the Bank of Japan, who will move Mount Fuji if they must to get the yen down and bail out the country?s beleaguered exporters.
When the big turn inevitably comes, we?re going to ?100, then ?120, then ?150. That works out to a price of $40 for the (YCS), which last traded at $16.35. But it might take a few years to get there. The Japanese government has some on my side with this trade, not that this is any great comfort. Four intervention attempts have so been able to weaken the Japanese currency only for a few nanoseconds.

If you think this is extreme, let me remind you that when I first went to Japan in the early seventies, the yen was trading at ?305, and had just been revalued from the Peace Treaty Dodge line rate of ?360. To me the ?83 I see on my screen today is unbelievable. That would then give you a neat 15 year double top.