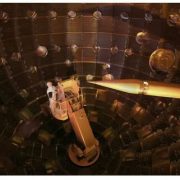 Expect to hear a lot about ignition in the next year. No, I don’t mean the rebuilt ignition for the beat up ’68 Cadillac El Dorado up on blocks in your front yard.

I’m referring to the inauguration of the National Ignition Facility next door to me at Lawrence Livermore National Labs in Livermore, California.

Mention California to most people, and images of love beads, tie died T-shirts, and Birkenstocks come to mind. But it is also the home of the hydrogen bomb, which was originally designed amid the vineyards and cow pastures of this bucolic suburb.

The thinking at the time was that if someone accidently flipped the wrong switch, it wouldn’t blow up San Francisco, or more importantly, Berkeley.

The $5 billion project aims 192 lasers at a BB sized piece of frozen hydrogen, using fusion to convert it to helium and unlimited amounts of clean energy.

The heat released by this process reaches 100 million degrees, hotter than the core of the sun, and will be used to fuel conventional steam electric power plants.

There is no need for a four foot thick reinforced concrete containment structure that accounts for half the construction cost of conventional nuclear plants. The entire facility is housed in a large warehouse.

The raw material is seawater, and a byproduct is liquid hydrogen, which can be used to fuel cars, trucks, and aircraft. If this all sounds like it is out of Star Trek, you’d be right.

I worked with these guys in the early seventies, back when math was used to make things, and before it was used to game financial markets, and I can tell you, there is not a smarter and more dedicated bunch of people on the planet.

If it works, we will get unlimited amounts of clean energy for low cost in about 20 years. Oil will only be used to make plastics and fertilizer, taking the price down to $10 for domestic production only.

The crude left in the Middle East will become worthless. Lumps of coal will only be found in museums, or in jewelry, its original use. If it doesn’t work, it will melt the adjacent Mt. Diablo and take me with it.

If you don’t get your newsletter tomorrow, you’ll know what happened. Now what is this switch for? 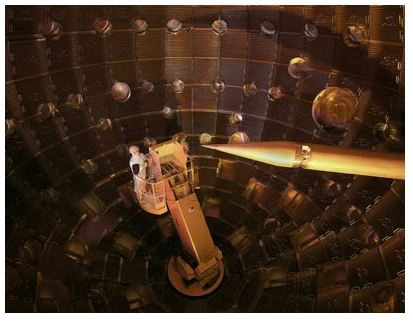