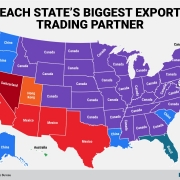 Having been at the inception of the international trading order, first for The Economist magazine and later with Morgan Stanley, I can tell you that the initial reasons for unleashing globalization have long been forgotten.

If someone is making a ton of money off of you, they are less inclined to blow you up. Profits are a great pacifier, and no one wants to destroy the people who have been buttering his bread.

During the 1960s, the US defense establishment went into a panic when China exploded its first atomic bomb.

Some 59 years later, the exponential growth of trade between our two countries have caused the risk of a mutual nuclear war to fall to near zero.

And what country in the world today would love to bomb the US off the face of the earth if it had the remotest ability to do so?

North Korea, which conducts no trade to speak of with the US.

There is another big reason why protectionism fails.

It is counterproductive in its impact on the American economy.

And not in a small way.

There are more than 45 million Americans living in abject poverty, stretching every dollar they have to make ends meet, saving nothing.

Can one really justify tariffs that increase the price of clothing for the 45 million in order to save a few of the 135,000 low-wage jobs?

A three-year 15% tariff enabled domestic producers to raise their prices, thereby increasing the costs of many American manufacturers.

But the cost to consumers was a staggering $8.5 billion in higher auto prices, or $193,000 per job created, six times the average annual pay of a U.S. autoworker.

And there were big job losses in sectors of the economy into which the $8.5 billion of consumer spending could not be spent, like clothing.

In 2012, Barack Obama boasted that “over a thousand Americans are working today because we stopped a surge in Chinese tires.”

But this cost about $900,000 per job, paid by American purchasers of vehicles and tires.

The non-partisan Peterson Institute for International Economics says that this money taken from consumers reduced their spending on other retail goods, bringing the net job loss from the job-saving tire tariffs to around 2,500.

In researching this article, I stumbled across the map below showing the largest trading partner for each individual state.

While most states have Mexico or China as their largest trading partner, you would NOT believe some of the results!

So the bottom line here is to let free-market capitalism work unrestrained, and let whatever creative destruction taking place proceed full speed ahead.

Creative destruction is something the US does better than anyone else.

It’s why the US still has the largest and strongest economy by a mile, with the best major country long-term growth rate.

Don’t mess with success. You may not like the alternative. 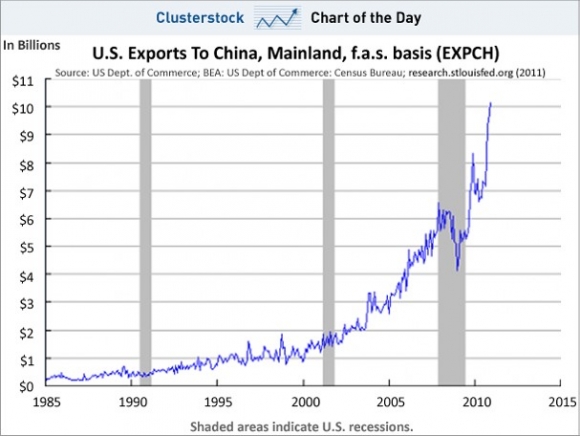 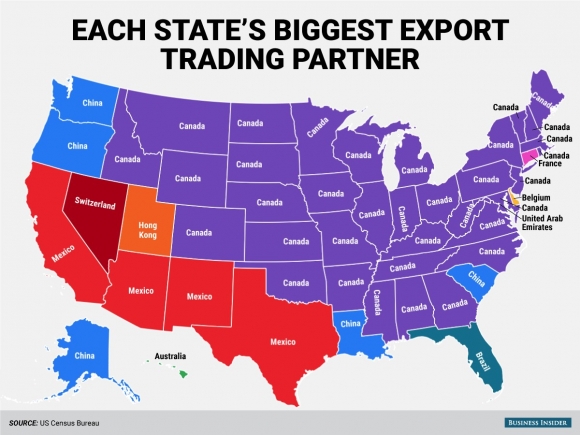