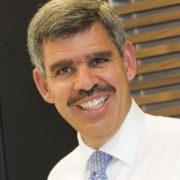 I had the great pleasure of having breakfast the other morning with my longtime friend, Mohamed El-Erian, former the co-CEO of the bond giant, PIMCO.

Mohamed argues that there has been a major loss of liquidity in the financial markets in recent decades that will eventually come home to haunt us all, and sooner than we think.

The result will be a structural increase in market volatility and wild gyrations in the prices of financial assets that will become commonplace.

We have already seen a few of these. Look no further than superstar NVIDIA (NVDA), which announced earnings in line with expectations in November but nevertheless responded with a 50% decline. It was a classic “Buy the rumor, sell the news” type move.

The worst is yet to come.

It is a problem that has been evolving for years.

When I started on Wall Street during the early 1980s, the model was very simple. You had a few big brokers servicing millions of small individual customers at fixed, non-negotiable commissions.

The big houses made so much money they could spend some dough facilitating counter cycle customers trades. This means they would step up to bid in falling markets and make offers in rising ones.

In any case, volatility was so low then that this never cost all that much, except on those rare occasions, such as the 1987 crash (we at Morgan Stanley lost $75 million in a day! Ouch!).

Competitive, meaning falling, commissions rates wiped out this business model. There were no longer profits to subsidize losses on the trading side, so the large firms quit risking their capital to help out customers altogether.

Now you have a larger number of brokers selling to a greatly shrunken number of end buyers, as financial assets in the US have become concentrated at the top.

Assets have also become institutionalized as they are piled into big hedge funds and a handful of very large index mutual funds and ETFs. These assets are managed by people who are also much smarter too.

The small individual investor on which the industry was originally built has almost become an extinct species.

There is no more “dumb money” left in the market, at least until this month.

Now those placing large orders were at the complete mercy of the market, often with egregious results.

Enter volatility. Lot’s of it.

What is particularly disturbing is that the disappearance of liquidity is coming now, just as the 35-year bull market in bonds is ending.

An entire generation of bond fund managers, almost two generations worth, have only seen prices rise, save for the occasional hickey that never lasted for more than a few months. They have no idea how to manage risk on the downside whatsoever.

I am willing to bet money that you or your clients have at least some, if not a lot of your money tied up in precisely these kinds of funds. All I can say is, “Watch out below.”

When the flash fire hits the movie theater, you are unlikely to be the one guy who gets out alive.

You hear a lot about when the Federal Reserve finally gets around to raising interest rates in earnest this year. They say it will make no difference as rates are coming off such a low base.

You know what? It may make a difference, maybe a big one.

This is because it will signify a major trend change, the first one for fixed income in more than three decades. Almost all of these guys really understand are trends and the next one will have a big fat “SELL” pasted on it for the fixed income world.

El-Erian has one of the best 90,000-foot views out there. A US citizen with an Egyptian father, he started out life at the old Salomon Smith Barney in London and went on to spend 15 years at the International Monetary Fund.

He joined PIMCO in 1999 and then moved on to manage the Harvard endowment fund.

He regularly makes the list of the world’s top thinkers. A lightweight Mohamed is not.

His final piece of advice? Engage in “constructive paranoia” and structure your portfolio to take advantage of these changes, rather than fall victim to them. 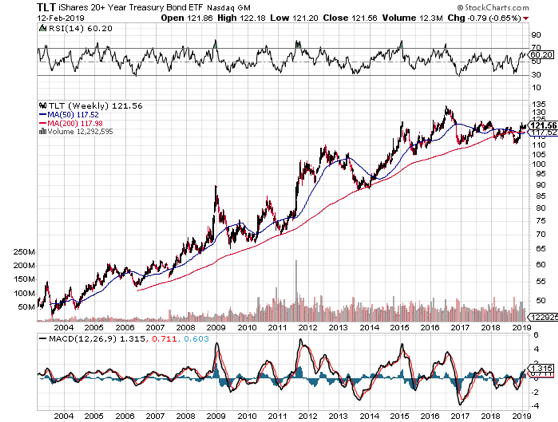 See the Long Term “Head and Shoulders” Top in the (TLT)? 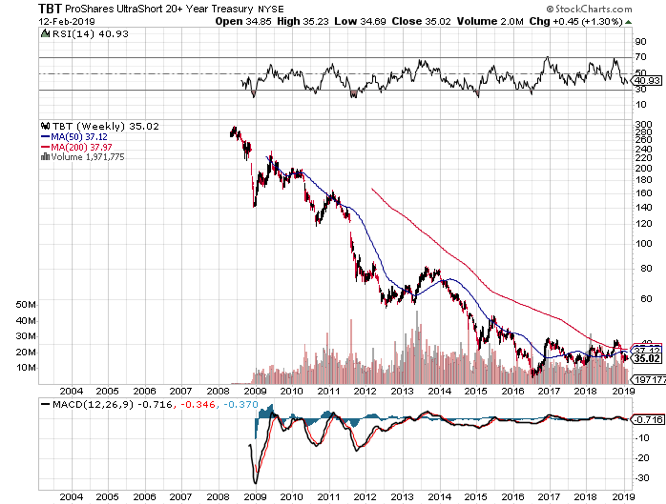 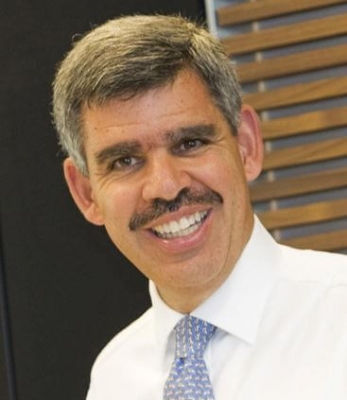 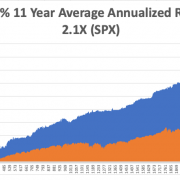 Why I’m Avoiding Pfizer Like the Plague
Scroll to top