When I was a war correspondent (Cambodia, Laos, Iraq, Kuwait, Indonesia), my seniors gave me a sage piece of advice that saved my life many times.

“Don’t stand next to the dummy.”

Don’t go near the guy wearing the Hawaiian shirt, NY Yankees baseball cap, and aviator sunglasses. You want to be dressed in the same color as the troops and blend in as much as possible. Otherwise, the enemy will aim at the dummy and hit you.

As much as I tried, at 6’4” I was never going to blend in anywhere in Asia. So, I went into the stock market instead.

Now 50 years later, I am facing another dummy problem. Except that the next hit I may take will be of the financial kind rather than the metallic one.

The reaction to the Trump tax cuts is going to be far worse than any benefits the privileged class was able to reap from the cuts in the first place. Listening to the proposals aired, I shudder: A maximum 70% tax rate, the end of special estate tax treatment, a millionaire’s surtax, and the banning of corporate share buybacks.

It’s that last one that that will be particularly damaging for the US economy. Often, a company’s best possible investment is in its own shares where returns are frequently higher than possible through investing in their own business. Just think of all those shares Apple (AAPL) bought at $25, now at $170,  and Microsoft (MSFT) picked up at $10.

This is one of the only occasions were management and shareholder interests are one and the same. The event is tax-free as long as you don’t sell your shares. And companies don’t have to pay dividends on stock they have retired, boosting profits even further.

The media loves pandering to the most extreme views out there. I know because I used to do it myself. Cooler heads will almost certainly prevail when the tax code is completely rewritten again in two years. Still, one has to worry.

The week had plenty for we analysts and strategists to chew on.

Is the Fed pausing because of political pressure or an economy that is falling apart? Neither answer is good for equity holders. Start cutting back risk while you can. There are lots of bids on the way up, but none on the way down as December showed.

There has lately been a rising tide of weak data to confirm the negative view.

Factory orders nosedived 0.6% in November, the worst in a year. Funny how nobody wants to make stuff ahead of a recession. ISM Non-Manufacturing Index Cratered to 56.7. Should we be worried? Hell, yes! Why are we getting so many negative data points and stocks keep rising?

Farm sector bankruptcies are soaring, hitting a decade high. Apparently, the trade wars and global warming aren’t working for them. Ironically, ag prices are about to take off to the upside when a Chinese trade deal gets done. Buy the ags for a trade.

Tesla (TSLA) cut prices again in a blatant bid for market share and global domination. The low-end Tesla 3 price drops to $42,900. Next stop $35,000. Too bad they laid off my customer support personnel to cut costs. I can’t find my AM radio.

China trade talks (FXI) hit the skids, taking the stock market down with it as an administration official concedes they are “nowhere close to a deal” with the deadline 3 weeks off. Trump desperately needs a deal while the Chinese don’t, who think they can do better under the next president. If you disagree with this view in China, your organs get harvested and sold on the open market.

The European economy is also going down the drain with the EC’s forecast of economic growth cut from 1.9% to 1.3%. The US-China trade war is cited as a major factor. The global synchronizes slowdown accelerates. Looks like they’ll have more time to drink cheap wine and smoke Gauloises.

The Volatility Index (VIX) hit $15 and that seems to be the bottom for the time being. The market was more overbought than at any time since July. Is the “fear gauge” signaling that happy days are here again? I doubt it. Don’t whistle past the graveyard.

The Mad Hedge Market Timing Index is entering danger territory with a reading of 67 for the first time in five months. Better start taking profits on those aggressive leveraged longs you bought in early January. Your best performers are about to take a big hit. The market has since sold off 500 points, proving its value.

There wasn’t much to do in the market this week, given that I am trying to wind my portfolio down to 100% cash as the market peaks.

I stopped out of my short portion in Apple when my stop loss was triggered by pennies. The second I was out, it began a $6 selloff. Welcome to show business.

I used a major 3 ½ point rally in the bond market to put on a new double short position there. The yield on the ten-year US Treasury bond has to plunge to 2.40% in a month, a three-year low, for me to lose money on this position. It’s a bet that I am happy to make.

I am now 70% in cash and triple short the bond market.

Government data is finally starting to trickle out now that the government shutdown is over.

On Monday, February 11 there is nothing of note to report. Everything important is delayed.

On Tuesday, February 12, 10:00 AM EST, we get the January NFIB Small Business Index. Earnings for Activision Blizzard (ATVI) are out and should be a complete disaster, along with Twilio (TWLO).

Thursday, February 14 at 8:30 AM EST, we get Weekly Jobless Claims. We also get December Retail Sales which should be good.

As for me, I will be battling my way through the raging snowstorms of the High Sierras trying to get over Donner Pass to my Lake Tahoe estate. Unless I clear the six feet of snow off the roof soon, or the house will get crushed from the weight as it did three years ago.

Where are all those illegal immigrants hanging out in front of 7-Eleven now that I need them? 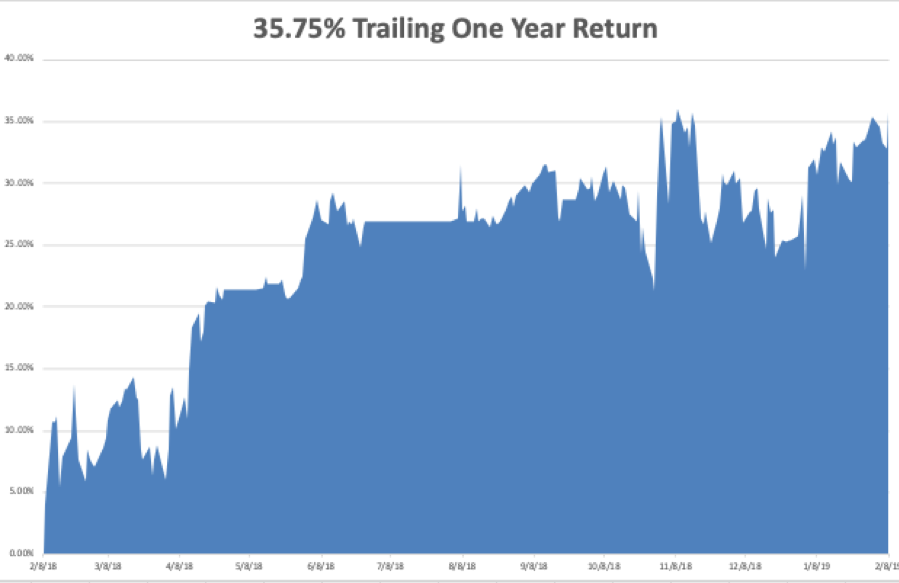 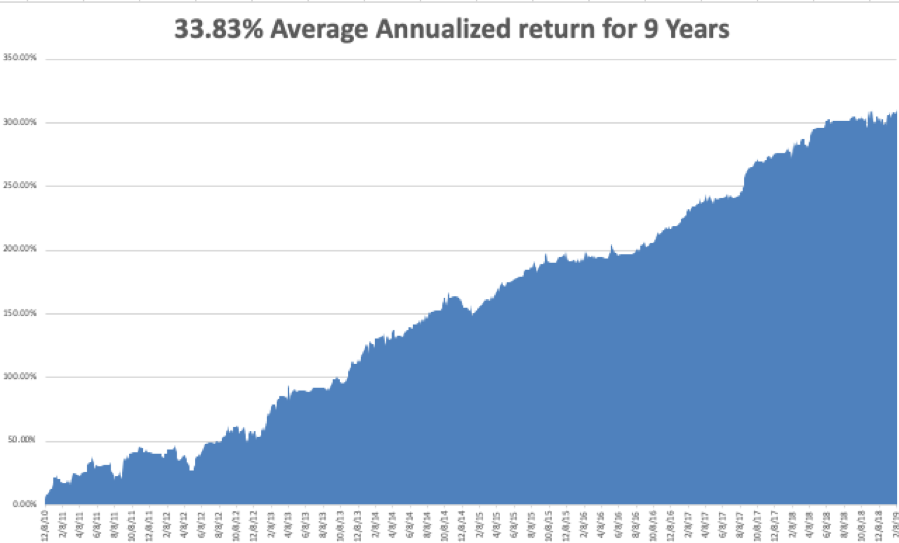 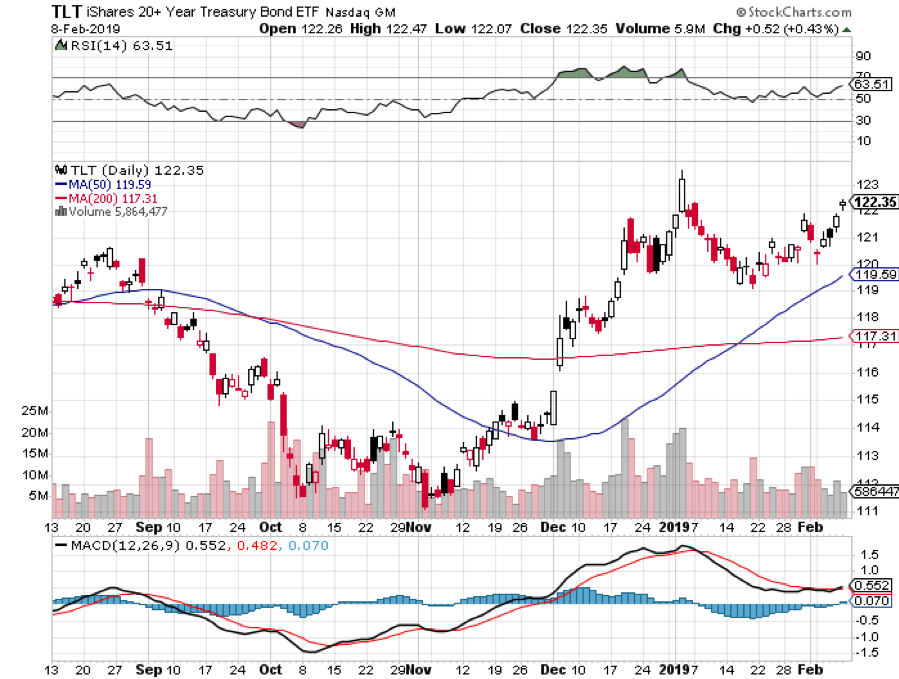 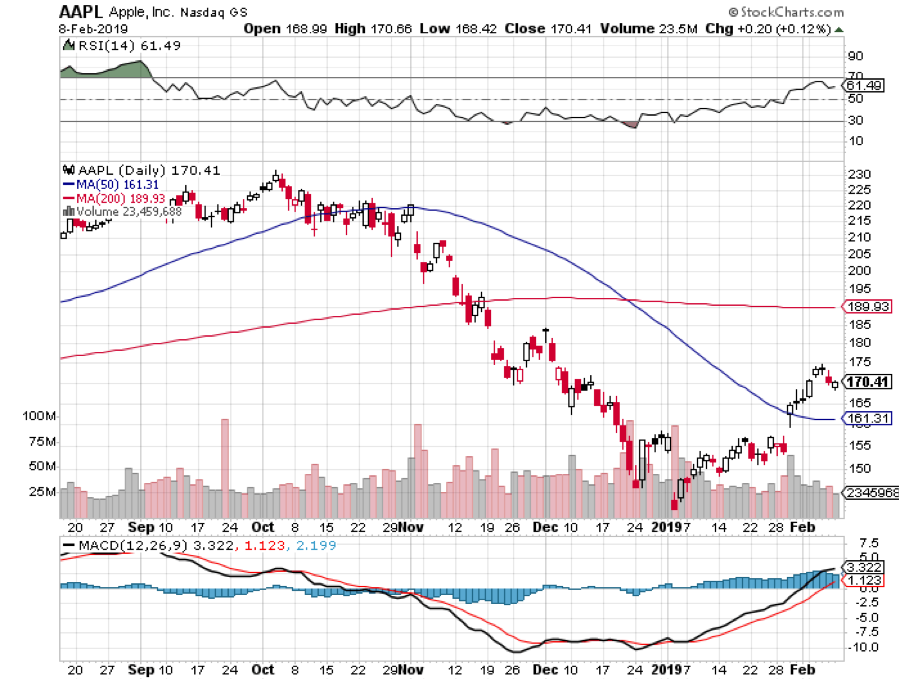 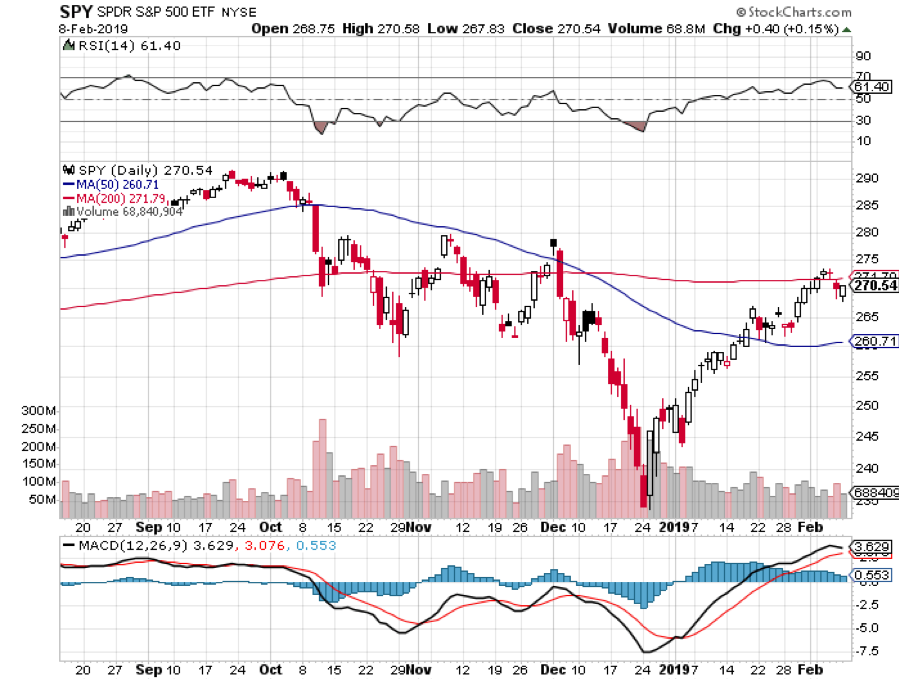 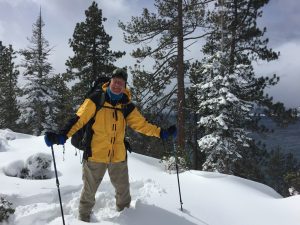