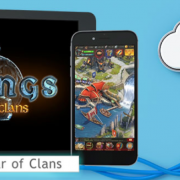 Do not invest in any video game stocks that don’t make video games.

If you want to simplify today’s newsletter down to the nuts and bolts, then there you go.

The company that I have been pounding on the table for readers to sell on rallies has convincingly proven my forecast right yet again with GameStop (GME) capitulating 35%.

It’s difficult to find a tech company with a strategic model that is worse than GameStop’s, and my call to short this stock has been vindicated.

Other competitors that vie for awful tech business models would be in the hard disk drive (HDD) market, and that is why I have been ushering readers to spurn Western Digital (WDC) and Seagate Technology (STX).

This is a time when everybody and their grandmother are ditching hard drives and migrating to the cloud, while GameStop is a video game retailer who is set up in malls that add zero value to the consumer.

This also dovetails nicely with my premise that broker technology or in this case retail brokers of physical video games are a weak business to be in when kids are downloading video game straight from their broadband via the cloud and don’t need to go into the store anymore.

The rapid migration of the digital economy does not have room to accompany GameStop’s model of retail video game stores anymore.

This model is being attacked from all fronts – a live sinking ship with no life vests on board.

GameStop was already confronted with a harsh reality and pigeonholed into one of a handful of companies in need of a turnaround.

This isn’t new in the technology sector as many legacy firms have had to reinvent themselves to spruce up a stale business model.

The earnings call was peppered with buzz words such as “transformation” and “strategic vision.”

And when the Chief Operating Officer Rob Lloyd detailed the prior quarter’s results, it was nothing short of a stinker.

The headline number did nothing to assuage investors that the ship is turning around, it appears as if the boat is still drifting in reverse.

Diving into the segments, underperformance is an accurate way to capture the current state of GameStop with hardware sales down 35%, software sales down 4.3% and selling pre-owned products declining 20.3%.

The awful hardware sales were pinned on the late stages of the current generation PS4 and Xbox One cycle with GameStop awaiting an official launch date announcement from Sony and Microsoft for their new console products.

Pre-owned business fell off a cliff reflecting tepid software demand for physical games and the increasing popularity of the various digitally offered products via alternative channels.

The only part of GameStop going in the right direction is the collectibles business that increased 10.5% from last year but makes up only a minor part of the overall business.

Management has elected to remove the dividend completely to freshen up the balance sheet slamming the company as a whole with a black eye and giving investors even less reason to hold the stock.

Indirectly, this is a confession that cash might be a problem in the medium-term.

The move to put the kibosh on rewarding shareholders will save the company over $150 million, but the ugly sell-off means that investors are leaving in droves as this past quarter could be the straw that broke the camel’s back.

They plan to use some of these funds to pay down debt, and GameStop is still confronted by a lack of transformative initiatives that could breathe life back into this legacy gaming company.

It was only in 2016 when the company was profitable earning over $400 million.

Profits have steadily eroded over time with the company now losing around $700 million per year.

Management offered annual guidance which was also hit by the ugly stick projecting annual sales to decline between 5-10%.

GameStop is on a fast track to irrelevancy.

If you were awaiting some blockbuster announcements that could offer a certain degree of respite going forward, well, the tone was disappointing not offering investors much to dig their teeth into.

Remember that GameStop is now on a collision course with the FANGs who have pivoted into the video game diaspora.

GameStop will see zero revenue from this development and a boatload of fresh competition.

Microsoft (MSFT) has been a mainstay with its Xbox business, but Apple (AAPL) and Google are close to entering the market.

Google (GOOGL) plans to leverage YouTube and install gaming directly on Google Chrome with this platform acting as a new gaming channel.

The new gaming models have transformed the industry into freemium games with in-game upselling of in-game items, the main method of capturing revenue.

The liveliest example of this new phenomenon is the battle royale game Fortnite.

Nowhere in this business model includes revenue for GameStop highlighting the ease at which game studios and console makers are bypassing this retailer.

In this new gaming world, I cannot comprehend how GameStop will be able to stay afloat.

Unfortunately, the move down has been priced in and at $5, the risk-reward to the downside is not worth shorting the company now.

The company is the poster boy for technological disruption cast in a negative light and the risks of not evolving with the current times. 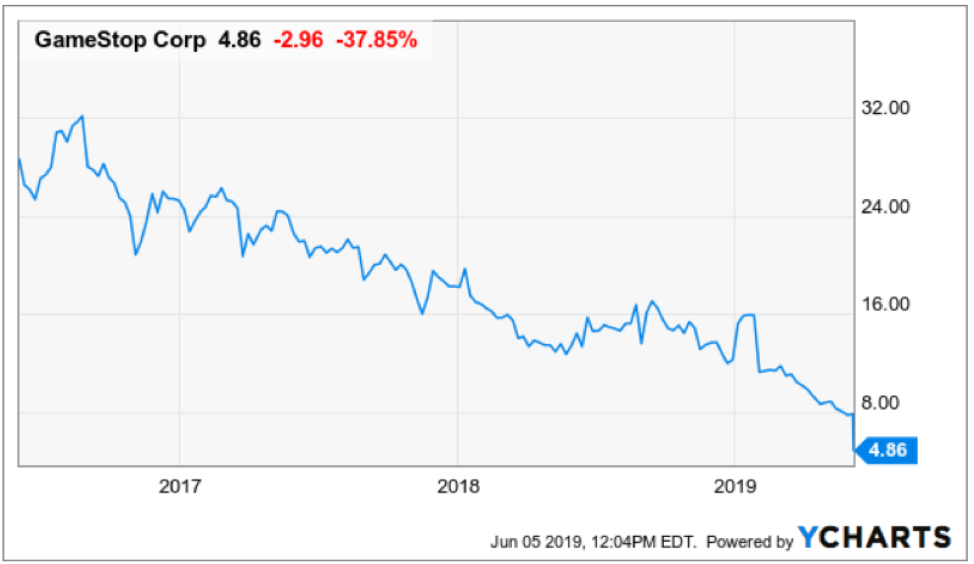 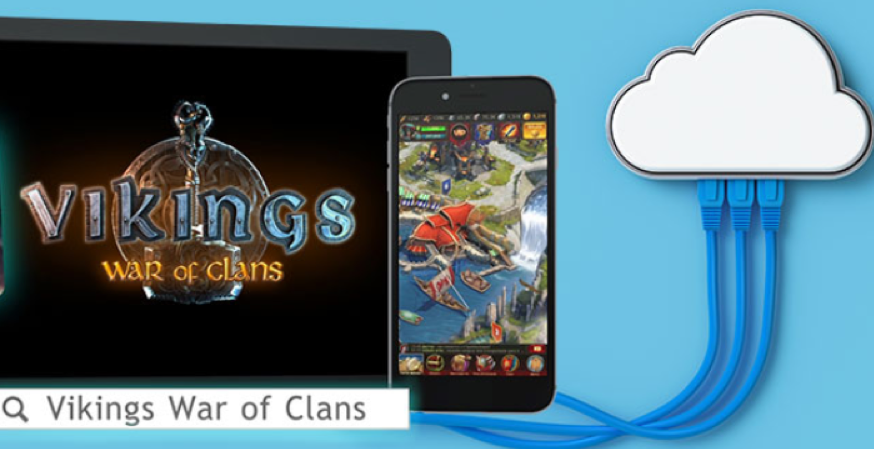 BYPASSING THE RETAILER THANKS TO THE CLOUD