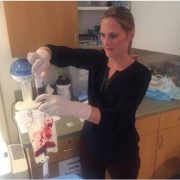 I’ll do anything to postpone aging, as regular readers of this letter already know.

So when my doctor told me that she could extend the life of my knees by ten years with a stem cell injection, I was all for it.

You better pay attention too.

Stem cells, along with CRISPR gene editing, are two hyper accelerating medical technologies that promise to cure your ills, extend your life, and make you fabulously rich along the way.

Have I got your attention?

When my doc confirmed that she was already getting a spectacular result from her other elderly patients, such as the dramatic regrowth of knee cartilage, it was like pushing on an open door.

Yes, these are the famous well-worn 67-year-old knees you have heard so much about that hike and snowshoe 2,000 miles a year with a 60-pound backpack.

My doc is no lightweight. She is the orthopedic surgeon for the US Ski Team at Lake Tahoe, which is why I sought her out in the first place.

As a UCLA trained biochemist, I have known about stem cells for most of my life. They only left the realm of science fiction a decade ago.

During the 2000s, California was almost the only state that permitted stem cell research.

Since then, the technology has developed to the point where they can be easily harvested throughout the human body.

Easy, except when the source is the bone marrow in your own hip.

“You may feel a slight twinge,” said my doctor, as she flushed the air out of a gigantic horse needle the width of a straw. “I only have to hammer this needle into your hip bone 20 or 25 times to get the marrow I need.”

This was definitely NOT in the literature I had been provided.

I said, “Don’t worry, Marines are immune to pain.”

“Does that work?” she asked.

“No, not really,” I replied, grimacing.

I felt every single blow and tried to imagine myself on a faraway tropical island.

Once she obtained the 10cc she needed, she popped it into a small centrifuge to separate the stem cells (clear) from the red blood cells (red).

She then used an ultrasound machine to precisely inject my own stem cells at the exact right spot in both of my knees.

Being the true journalist that I am, I took pictures throughout the entire procedure with my iPhone 6 (see below).

The problem with advanced, experimental treatments is that they are not covered by your health insurance. Still, I thought $2,000 for ten years of extra life for both knees was a bargain.

Stem cells are undifferentiated cells that can transform into specialized cells such as heart, neurons, liver, lung, skin and so on, and can also divide to produce more stem cells.

When you are young, you have oodles of these cells, which is why kids so rarely die from dread diseases.

However, as you age, your exposure to too much sunlight at the beach, too many chemicals in the food and water you eat and drink, and natural background radiation degrades your DNA and reduces your stem cell supply.

Supplies of stem cells diminish as much as 100 to 10,000-fold in different tissues and organs. Welcome to old age, and eventually death.

The great thing about it is that since you are using your own cells, the risk of rejection or infection is minimal. And they are free!

This approach has become the must-go-to treatment for the wealthy seeking to repair aging, sagging parts of their bodies.

They are often sold with vacation packages in exotic third world countries where regulation and medical malpractice suits are non-existent.

The fact that the treatments are now becoming widely available in the US testifies to its effectiveness.

Do any search on stem cell treatments, rejuvenation, or life extension and you will find hundreds and hundreds of private clinics offering to do so for high prices.

California leads the nation with 109 clinics (including 18 in Beverly Hills alone), followed by New York and Texas.

As a result, a number of breakthroughs in longevity are just around the corner.

The industry is now branching out into fields considered unimaginable just a few years ago. I’ll cover some of the highlights.

Imagine using your own stem cells to repair not only your knees but any other organ. This is already being done in the lab with animal trials.

In Japan, they are growing human eyes from scratch, including lenses, and corneas.

At USC, they are deployed to bring rapid repairs to those with severe spinal cord injuries.

A number of private firms have sprung up to facilitate banking of your own stem cells through cryogenic freezing, such as Lifebank. Just harvest them when you are young for future use.

Better yet, get born to wealthy parents who will pay to have your birth placenta and umbilical cord frozen, the two richest sources of stem cells known.

The key term to search for your investment strategy is Mesenchymal Stem Cells, the major stem cells for cell therapy, or MSCs.

These cells have the ability to differentiate into vital cells that can be used to cure autoimmune disease, cardiovascular disease, liver disease, and cancer.

A more adventurous strategy is to buy the stem cells of others and have them injected into yourself, a procedure known as parabiosis.

A company in Monterey, CA named Ambrosia is doing exactly this for $8,000 a patient. The goal here is to reverse aging across every major organ system.

Of course, I’m thinking there’s got to be a trade here.

Almost all stem cell efforts are now confined to the research labs of major universities or are buried inside of large biotech and drug companies.

A few pieces of research have spun off to set up their own private companies with substantial venture capital backing.

That said, there are a few peripheral listed plays.

Celgene (CELG) is one of my favorites and is an early entrant in the field. They are using placenta-derived cells to cure a whole host of diseases which you can find listed on their site, click here.

There is one problem with the entire sector. We have a new president who has opinions on drug companies, which on occasion have led to traumatic one-day declines in these shares.

So these may be next year's investments, instead of next week's.

And how are my knees doing? I knew you would ask.

A little swelling in my knees went away in a day. I sat funny for a few more days, thanks to my bone marrow extraction.

It will take about six months before any real growth in new cartilage in my knees can be measured with an MRI scan which I have scheduled. I’ll let you know those results in a future letter.

But you know what?

My knees have not hurt an iota, despite my regular tortuous exercise regimen. And I thank that, right there, it's a win.

And if it works, my doctor wants to extract fat cells from my middle, known as Adipose Cells, and inject their stems cells, into my knees.

Talk about killing two birds with one stone! 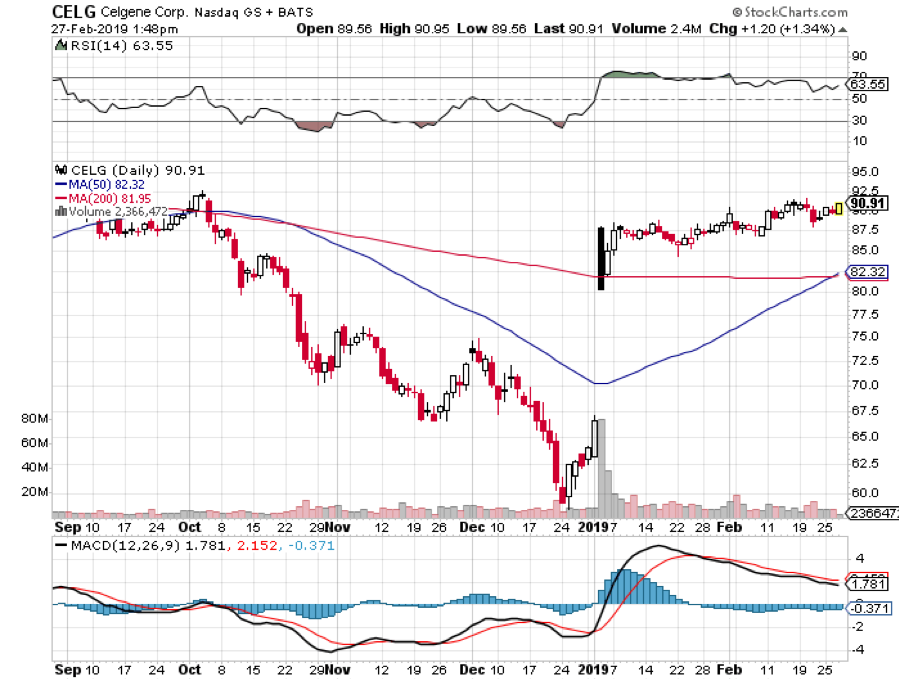 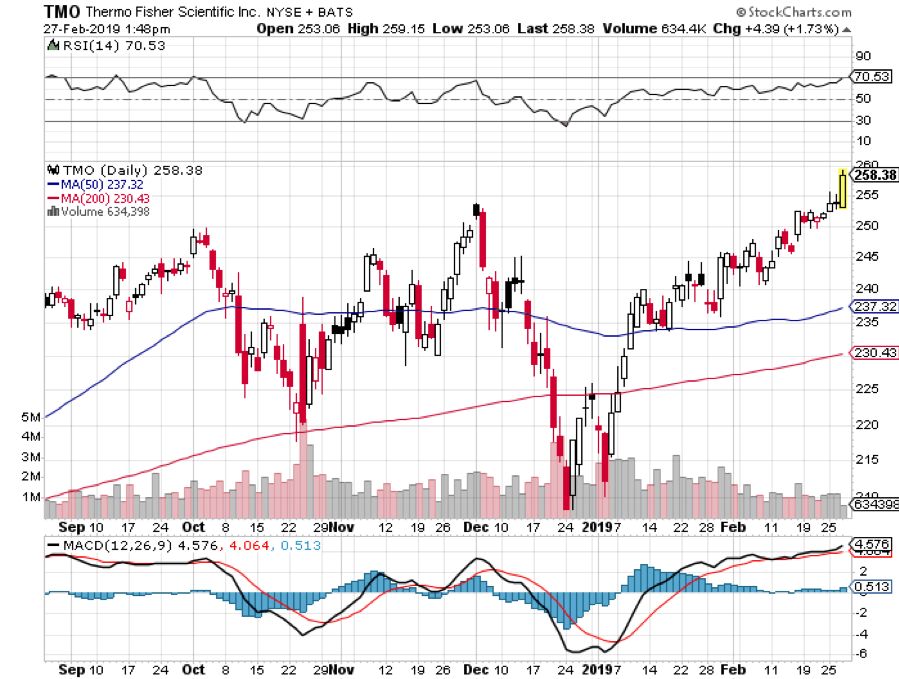 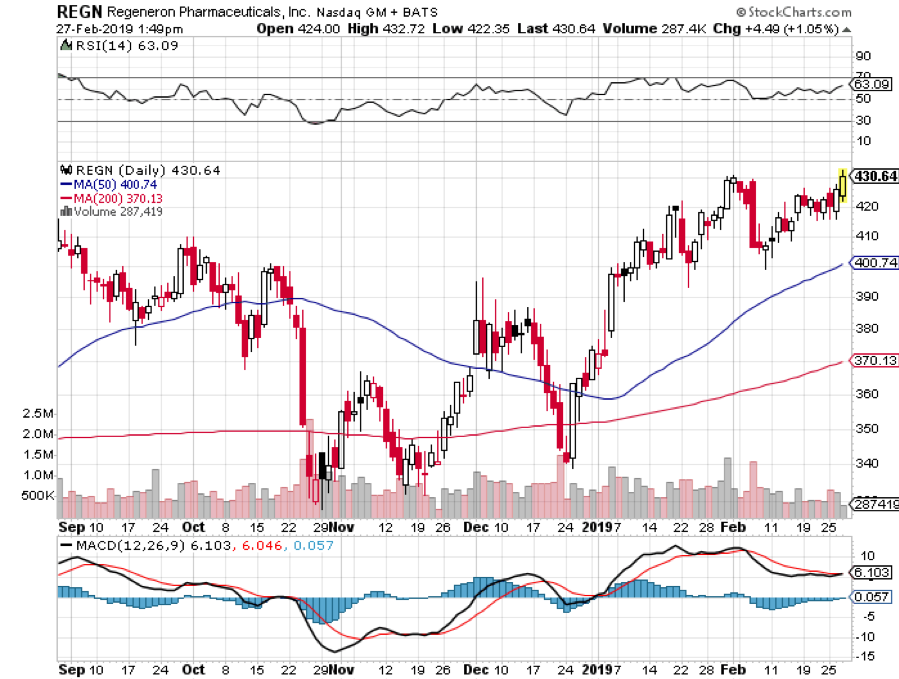 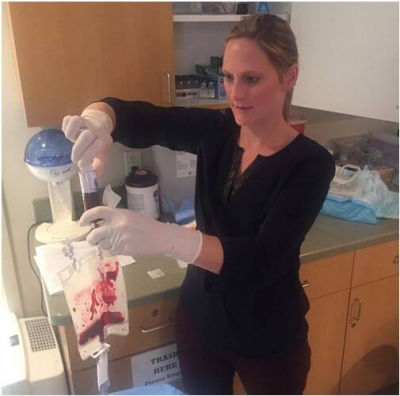 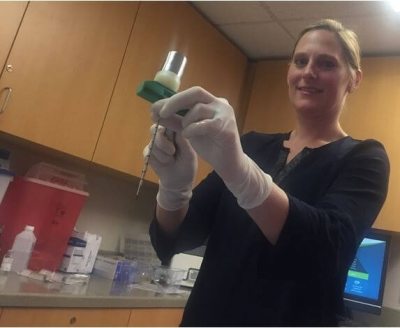 This Won’t Hurt a Bit 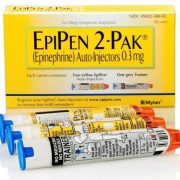 Biotech and Health Care Stocks to Buy at the Bottom

Gold is Breaking Out All Over
Scroll to top