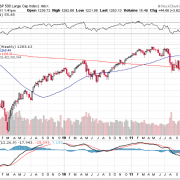 I?m sitting here with a mountain of technical analysis reports that are causing my desk to buckle this morning, all shouting ?breakout?, ?buy?, and ?uptrend?. So I?m wondering, ?is there a scenario out there where these might actually come to pass??

At this point I thought it might be useful to engage in what Albert Einstein called ?thought experiments? and come up with a New Theory of Everything. In any case, you have probably all figured out that I am a frustrated novelist. As my old friend and former mentor, Sherlock Holmes, used to say, ?Eliminate the obvious, and consider all other possibilities.?

First, let?s see how we got here. It was obvious to me that the market was overdue for a huge short covering rally that would take the index up 20%-27% off the lows (see my early September piece ?My Equity Scenario for the Rest of 2011?). That?s why I entitled my October 8 webinar ?The Short Game is Over.?

That is exactly what we got. Corporate earnings came in much better than traders expected, triggering a huge rush by underperforming managers to bring in some decent numbers by year end. We hit my target of the 200 day moving average at 1,275, a gain of 19.7%, and saw the second best month in stock market history.

Enter black swan number one. Last week, the hedge fund community established heavy short positions expecting a complete breakdown of the European sovereign debt crisis talks. But the bar was set so low they could only succeed. Ten minutes before midnight, we received an unexpected news flash about a comprehensive three part deal that was clearly a major leap forward. The Dow futures immediately gapped up 200 points in the overnight market.

That delivered the massive short covering rally on huge volume that generated all the technical green lights now on my desk. Conventional active managers panicked and stampeded to address substantially underweight positions which they achieved only recently at the market bottom.

So what happens next? In a few weeks, the Supercommittee reaches its deadline for achieving comprehensive budget balancing targets. Guess what? The hedge fund community is setting up large short positions in the run up to that day, betting that intransigent Republicans will refuse to agree to any tax hikes whatsoever, automatically triggering huge, deflationary spending cuts. The bet is that a market crash is a guaranteed outcome, similar to the one that followed the debt ceiling debacle in July.

Enter black swan number two. A smiling and deeply tanned John Boehner appears in front of the cameras at ten minutes to midnight, announcing that ?he went the extra mile? and ?reached across the aisle? and resurrected the $4 trillion deal he almost reached with Obama last summer before the Tea Party stabbed him in the back. The Dow futures immediately gap up 200 points in the overnight market, and a monster rally ensues, taking the S&P 500 up to its 2011 high of 1,367 by year end.

We then go into January with a market that looks very toppy and expensive. Active managers and talking heads complain bitterly that this is all short covering not justified by the fundamentals. But hey, a dollar made a short covering market buys just as much Jack Daniels at the bar as one made from long only buying. Hedge fund managers bet the ranch that a new market crash is coming, taking it back down to the bottom of the range 300 points lower. Traders are salivating at the prospect of making a killing, and active managers hurriedly move to underweight positions again.

Enter black swan number three. The People?s Bank of China announces in a carefully worded statement that its campaign to end rampant real estate speculation has finally succeeded. Developers have been seen cutting prices on new apartments coming on the market as much as 25%. As a result, the risks to the Chinese economy are now to the downside, and the central bank immediately cuts interest rates by 0.5%.

The Dow futures immediately gap up 200 points in the overnight market as the mother of all short covering rallies explodes. Commodities, like copper, coal, platinum, and palladium go through the roof. BHP Billiton (BHP), Joy Global (JOYG), Freeport McMoRan (FCX), Union Pacific (UNP), and Caterpillar (CAT) go bid only. Oil soars. The S&P 500 touches a new all-time high at 1,565. A major hedge fund manager jumps off the top of the Empire State building and crashes into a taxi on 5th avenue driven by an immigrant Nigerian taxi driver. His pockets are fill with trade confirms showing gigantic short covering losses. There is a twisted grin on his face.

OK, the Nigerian taxi driver was a bit much. But I will tell you one thing for sure. This flock of black swans absolutely has not been discounted by the market, and has a much higher probability than the market?s many armchair strategists, pundits, and seers realize.

Personally, I put the odds of all this unfolding at one in three. If we do manage to claw our way up that high, we will be at the top of a 13 year range for the market. Then the greatest shorting opportunity of a generation will be on the table because the Great Crash of 2012-2013 will be just around the corner. 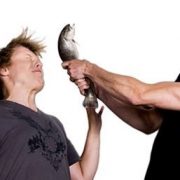 Why You should Buy This Dip

Who?s Doing All That Buying?