Traders were taken aback this morning when the Department of Labor announced a 50,000 drop in weekly jobless claims to 352,000. The street had been expecting a decline of only 19,000. It was the lowest report in almost three years, and the sharpest weekly decline in seven years.

I tell people that, if stranded on a desert island, this is the one weekly report I would want to call the direction of the economy. So I am up every Thursday morning at 5:30 am PST like an eager beaver awaiting the announcement with baited breath.

The impact will not be as great as the headline number suggests. Nearly half of the figure represents a take back of the 24,000 increase in claims for the previous week. But there is no doubt that it represents an upside surprise for the economy. And you have to put this in the context of a long steady stream of modestly positive economic data that has been printing since the summer.

The release was only able to elicit a small double digit response from the stock market. That?s because we are now up nine out of eleven days, taking the S&P 500 up 4.5% on the year, a far more blistering performance than many expected. That takes us right up to the level of 1,312, which many analysts predicted would be the high for the year.

At this point, I would like to refer you to my October 30, 2011 piece, ?The Stock Market?s Dream Scenario? by clicking here. Since then, two of my three predicted ?black swans? have occurred, progress on the European sovereign debt problem and the first interest rate cut by the People?s Bank of China in three years. The third, a multi trillion dollars budget and tax compromise in Washington, was dead on arrival. But hey, calling two out of three black swans is not bad! 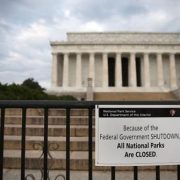 Cutting Back My Risk

Why I Doubled My Shorts Yesterday