It now appears that the ?Alibaba? correction (BABA) is at hand.

I warned you, pleaded with you, and begged you about this yesterday, and on May 8 (click here for ?Will Alibaba Blow Up the Market?).

The longer the company postponed the mother of all IPO?s, the higher the prices flew, until we finally got a print at the absolute apex of the market. Now, it?s time to pay the piper.

The development is part of a broader move out of riskier, higher beta stocks into safe, large caps that has been underway for several weeks now. Those traders who are ahead want to protect their years. Those who aren?t are screwed anyway, so don?t bother returning their phone calls.

Look no further than my favorite, Tesla (TSLA), which topped out on September 3, along with the rest of the MoMo high technology, biotechnology and Internet names.

Still love the cars, though.

Yesterday, the sushi really hit the fan when the 50-day moving average pierced the 200-day moving average for the first time since August, 2011. Known as a much dreaded ?death cross,? this is the technical equivalent of slitting both wrists and thrashing about in shark-invested waters, heralding more declines to come.

Let me list the reasons why this is the sector traders love to hate when markets move from ?RISK ON? to ?RISK OFF?:

*Since small companies borrow more than large companies, they are far more sensitive to rising interest rates. Guess what? Rates have been rocketing this month.

*Since small companies are more leveraged (indebted) than big ones, they are more sensitive to a slowing economy.

*Small companies don?t have the international diversification of their bigger brethren, and therefore have less of a financial cushion to fall back on.

*The (IWM) has roughly 1.5 times the volatility of the S&P 500, making a short position here fantastic downside protection for a broader based portfolio of stocks. So you get a lot of selling here, as managers try to lock in performance for fiscal years that start ending as early as October 31.

*Did I mention that the stock market is at one of its most overbought levels in history, the worst since 1928? Bearish sentiment is at only 13%, the lowest since 1987. These are more reason to sell, as if you needed any.

My readers have made tons of money over the years playing the (IWM) on the short side. It?s time for another visit to the trough. I?m not finishing my year early.

If you can?t trade options, then buy the Short Russell 2000 Fund ETF (RWM) as a 1X play, or the Direxion Daily Small Cap Bear 3X ETF (TZA) for a 3X trade. However, 3X ETF?s of any kind are for intra day traders only. 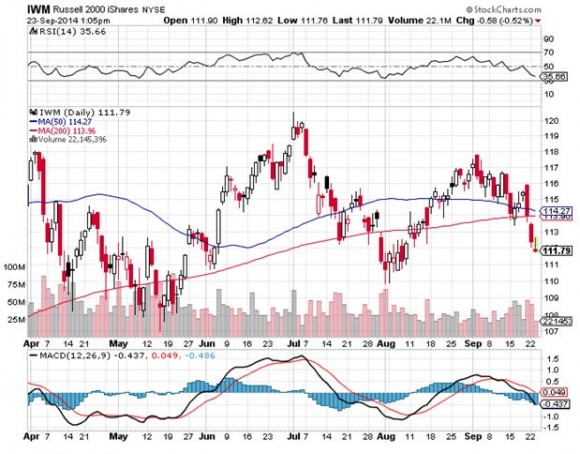 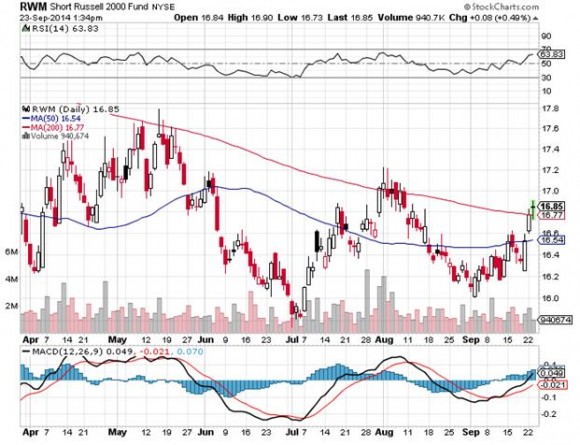 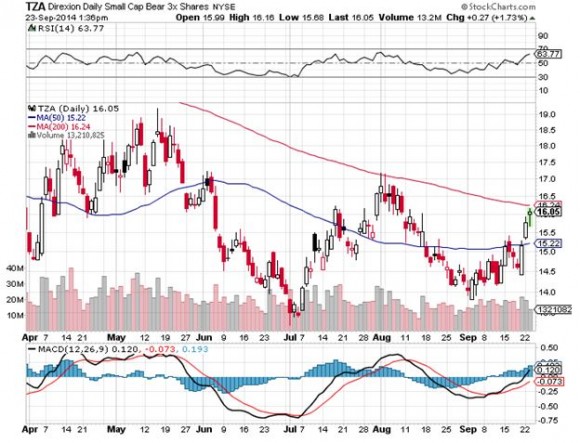 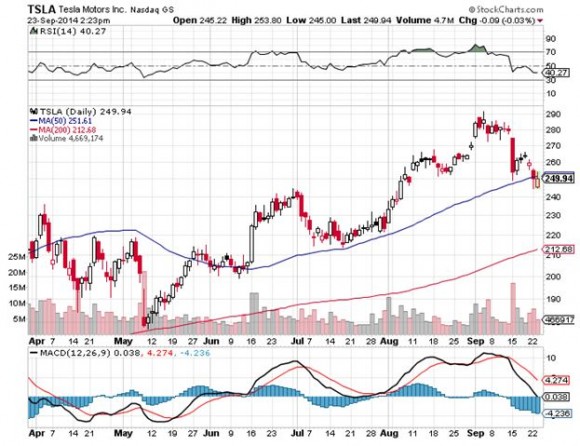 Time to Bail on a Burning House