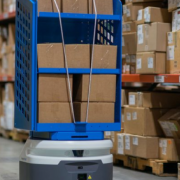 As 2019 christens us with new technological trends, building our portfolio and lives around these themes will give us a leg up in battling the algorithms that have upped the ante in our drive to get ahead.

Now it’s time to chronicle some of these trends that will permeate through the tech universe.

Some are obvious, and some might as well be hidden treasures.

American consumers will start to notice that locations they frequent and the proximities around them will integrate more smart-tech.

The hoards of data that big tech possesses and the profiles they subsequently create on the American consumer will advance allowing the possibilities of more precise and useful products.

These products won’t just accumulate in a person’s home but in public areas, and business will jump at the chance to improve services if it means more revenue.

Amazon and Google have piled money into the smart home through the voice assistant initiatives and adoption has been breathtaking.

The next generation will provide even more variety to integrate into daily lives.

The gains in technology have given the consumer broader control over their lives.

The ability to practically manage one’s life from a remote location has remarkably improved leaps and bounds.

The deflation of mobile phone data costs, the advancement of high-speed broadband internet services in developing countries, more cloud-based software accessible from any internet entry point, and the development of affordable professional grade hardware have made life easy for the small business owners.

What a difference a few years make!

This has truly given a headache for traditional companies who have failed to evolve with the times such as television staples who rely on analog advertising revenue.

Millennials are more interested in flicking on their favorite YouTuber channel who broadcast from anywhere and aren’t locally based.

Another example is the quality of cameras and audio equipment that have risen to the point that anybody can become the next Justin Bieber.

Music executives are even using Spotify to target new talent to invest in.

Blockchain technology has the makings of transforming the world we live in.

And the currency based on the blockchain technology had a field day in the press and backyard summer barbecues all over the country.

Well, 2019 will finally put this topic on the backburner even though Bitcoin won’t disappear into irrelevancy, the pendulum will swing the other direction and this digital currency will become underhyped.

It made a lot of people rich like the Winklevoss brothers Cameron and Tyler who took the $65 million from Facebook CEO Mark Zuckerberg and spun it into bitcoin before the euphoria mesmerized the American public.

On the way down from $20,000, retail investors were tearing their hair out but that is the type of volatility investors must subscribe to with assets that are far out on the risk curve.

Video games classified as a spectator sport will expand up to 40% in 2019.

This phenomenon has already captivated the Asian continent and is coming stateside.

This is a bit out of my realm as standard spectator sports don’t appeal to me much at all, and watching others play video games for fun is something I am even further removed from.

But that’s what the youth like and how they grew up, and this trend shows no signs of stopping.

Industry experts believe that the U.S. is at an inflection point and adoption will accelerate.

Remember that kids don’t play physical sports anymore because of the risk to head trauma, blown ligaments, and the sheer distances involved traveling to and from venues turn participants away.

Franchise rights, advertising, and streaming contracts will energize revenue as a ballooning audience gravitates towards popular leagues, tapping into the fanbase for successful video game series such as Overwatch.

The rise of eSports can be attributed to not only kids not playing physical sports but also younger people watching less television and spending more time online.

Soon, there will be no difference in terms of pay and stature of pro athletes and video gaming athletes.

The amount of money being thrown at the world’s best gamers makes your spine tingle.

The era of digital data regulation is upon us and whacked a few companies like Google and Facebook in 2018.

Well, this is just the beginning.

The vacuum that once allowed tech companies to run riot is no more, and the government has big tech in their cross-hairs.

The A word will start to reverberate in social circles around the tech ecosphere – Antitrust.

At some point towards the end of 2019, some of these mammoth technology companies could face the mother of all regulation in dismantling their business model through an antitrust suit.

Companies such as Amazon and Facebook are praying to the heavens that this never comes to fruition, but the rhetoric about it will slowly increase in 2019 because of the mischievous ways these tech companies have behaved.

The unintended consequences in 2018 were too widespread and damaging to ignore anymore.

Antitrust lawsuits will creep closer in 2019 and this has spawned an all-out grab for the best lobbyists tech money can buy.

Tech lobbyists now amount to the most in volume historically and they certainly will be wielded in the best interest of Silicon Valley.

The demand for smart consumer devices will fall off a cliff because most of the people who can afford a device already are reading my newsletter from it.

The stunting of smart device innovation has made the upgrade cycle duration longer and consumers feel no need to incrementally upgrade when they aren’t getting more bang for their buck.

The late-cycle nature of the economy that is losing momentum because of a trade war and higher interest rates will see companies look to add to efficiencies by upgrading software systems and processes.

This bodes well for companies such as Microsoft (MSFT), Salesforce (CRM), Twilio (TWLO), PayPal (PYPL), and Adobe (ADBE) in 2019.

This is where Amazon has gotten so good at efficiently moving goods from point A to point B that it is threatening to blow a hole in the logistic stalwarts of UPS and FedEx.

Robots that help deploy packages in the Amazon warehouses won’t just be an Amazon phenomenon forever.

Smaller businesses will be able to take advantage of more robotics as robotics will benefit from the tailwind of deflation making them affordable to smaller business owners.

Amazon’s ramp-up in logistics was a focal point in their purchase of overpriced grocer Whole Foods.

This was more of a bet on their ability to physically deliver well relative to competition than it was its ability to stock above average quality groceries.

If Whole Foods ever did fail, Amazon would be able to spin the prime real estate into a warehouse located in wealthy areas serving the same wealthy clientele.

Therefore, there is no downside short or long-term by buying Whole Foods. Amazon will be able to fine-tune their logistics strategy which they are piling a ton of innovation into.

This is all happening while Amazon pushes onto FedEx’s (FDX) and UPS’s (UPS) turf by building out their own fleet.

Kroger (KR) has heavily invested in a new British-based logistics warehouse system and Walmart (WMT) is fast changing into a tech play.

Current Chair of the Federal Reserve Jerome Powell unleashed a dragon when he boxed himself into a corner last year and had to announce a rate hike to preserve the integrity of the institution.

Markets whipsawed like a bull at a rodeo and investors lost their pants.

Tech companies who have been leading the economy and trot out robust EPS growth out of a whole swath of industries will experience further volatility as geopolitics and interest rate rhetoric grips the world.

Apple’s revenue warning did not help either and just wait until semiconductors start announcing disastrous earnings.

The short volatility industry crashed last February, and the unwinding of the Fed’s balance sheet mixed with the Chinese avoiding treasury purchases due to the trade war will insert even more volatility into the mix.

Powell attempted to readjust his message by claiming that the Fed “will be patient” and tech shares have had a monstrous rally capped off with Roku exploding over 30% after news of positive subscriber numbers and news of streaming content platform Hulu blowing past the 25 million subscriber mark.

Volatility is good for traders as it offers prime entry points and call spreads can be executed deeper in the money because of the heightened implied volatility. 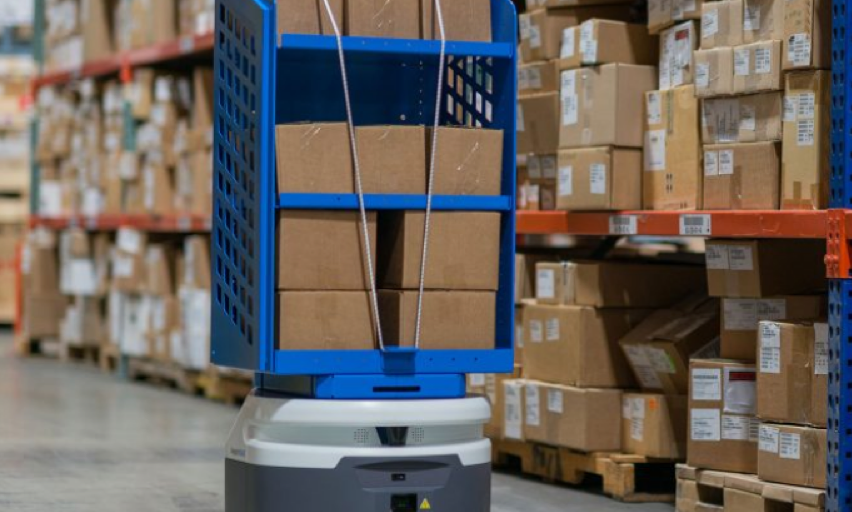 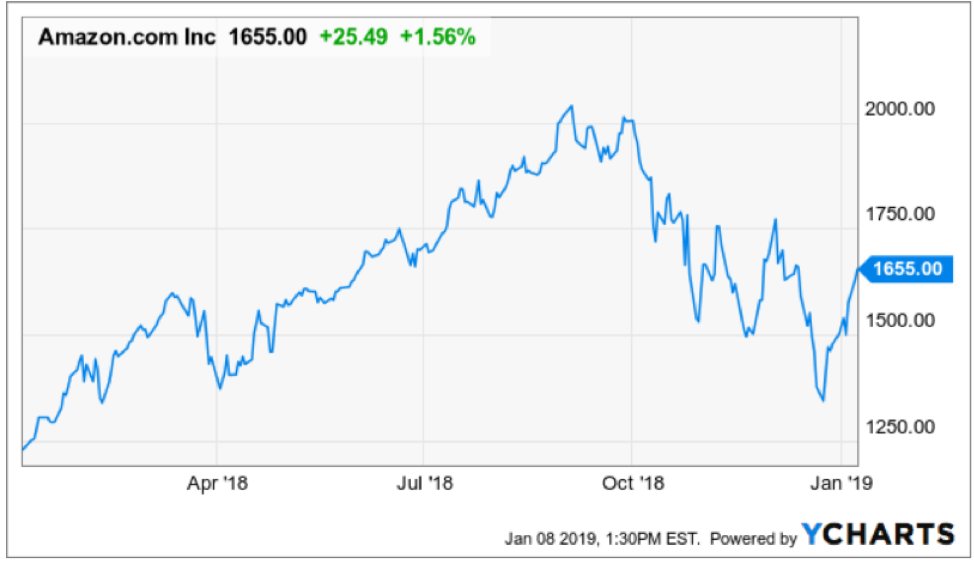 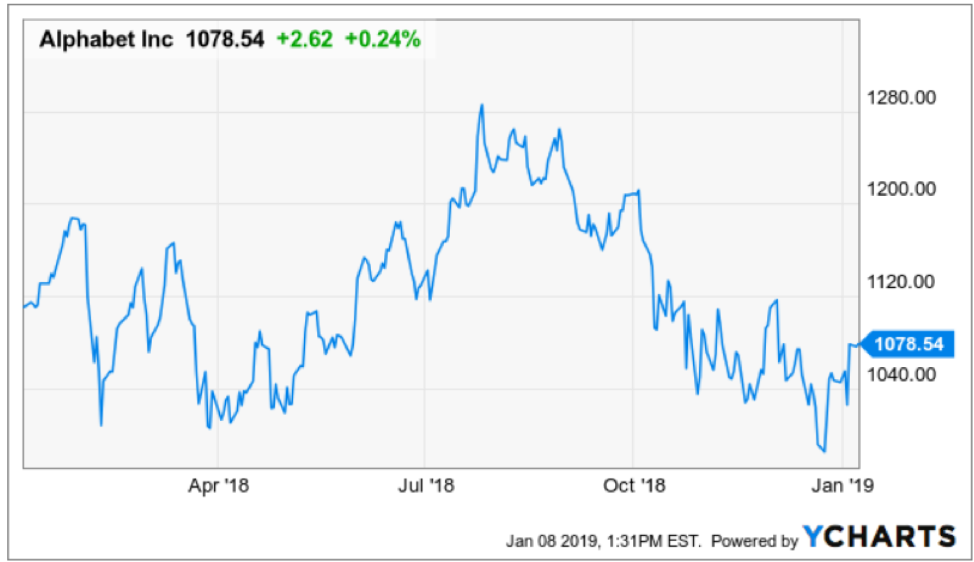