You can sell this put spread anywhere within $1.90-$1.96 and have a guaranteed profit.

The Currency Shares Euro Trust (FXE) November, 2014 $128-$130 in-the-money bear put spread has moved so far into the money so fast that we now have 85% of the potential profit.

The Euro is in free fall, as is the Japanese yen (FXY). The US dollar reigns supreme.

I want to raise some cash here, so on the next one or two cent rally in the Euro, I can jump back in on the short side in the (FXE) with closer strikes.

Keep in mind that the options market is highly illiquid now, so don?t hold me to these prices. They are ballpark estimates, at best. 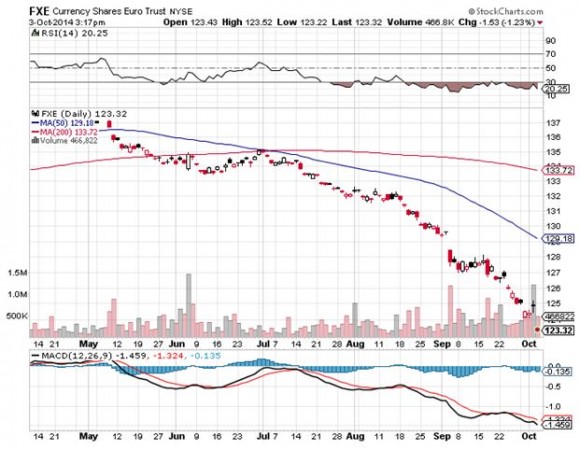 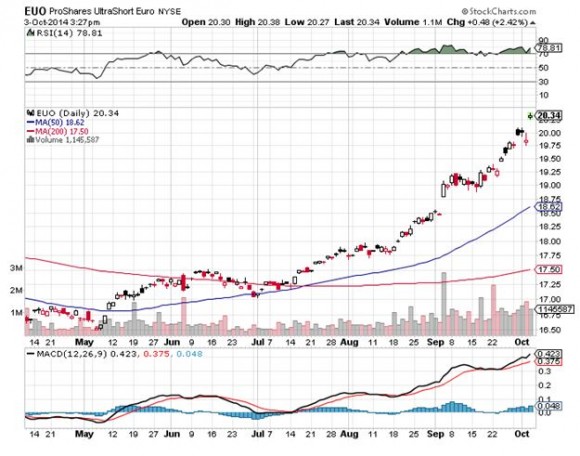 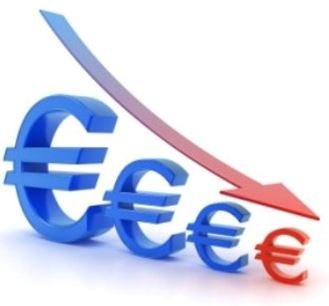 The Time to Dump the Euro is Here

The Correction is Over
Scroll to top