I am building lists of emerging market ETF?s to snap up during the current sell off, and Turkey popped up on the menu.

The country is only one of two Islamic countries that I consider investment grade, (Indonesia is the other one). The 82 million people of Turkey rank 15th in the world population, and 16th with a GDP of $960 billion. Furthermore, 25% of the population is under the age of 15, giving it one of the planet?s most attractive demographic profiles.

The real driver for Turkey is a rapidly rising middle class, generating consumer spending that is growing by leaps and bounds. Its low waged labor force is also a major exporter to the modestly recovering European Community next door. The present collapse of the Turkish Lira increases that advantage.

I first trod the magnificent hand woven carpets of Istanbul?s Aga Sophia in the late sixties while on my way to visit the rubble of Troy and what remained of the trenches at Gallipoli, a bloody WWI battlefield.

Remember the cult film Midnight Express? If it weren?t for the nonstop traffic jam of vintage fifties Chevy?s on the one main road along the Bosphorus, I might as well have stepped into the Arabian Nights. They were still using the sewer system built by the Romans.

Four decades later, and I find Turkey among a handful of emerging nations on the cusp of joining the economic big league. Exports are on a tear. Prime Minister Erdogan, whose AKP party took control in 2002, implemented a series of painful economic reform measures and banking controls, which have proven hugely successful.

Foreign multinationals like General Electric, Ford, and Vodafone, have poured into the country, attracted by a decent low waged work force and a rapidly rising middle class. The Turkish Lira has long been a hedge fund favorite, attracted by high interest rates.

Still, Turkey is not without its problems. It does battle with Kurdish separatists in the east, and has suffered its share of horrific terrorist attacks. There is a risk that it gets sucked further into the Syrian civil war. Inflation at 7.4% is a worry, but that?s down from 8.88% a year ago.

The play here has long been to buy ahead of membership in the European Community, which it has been denied for four decades. Suddenly, that outsider status has morphed from a problem to an advantage.

The way to get involved here is with an ETF heavily weighted in banks and telecommunications companies, classic emerging market growth industries like (TUR). You also always want to own the local cell phone company in countries like this, which in Turkey is Turkcell (TKC). Turkey is not a riskless trade, and has already had a great run, but is well worth keeping on your radar.

I See A Trade Setting Up Here 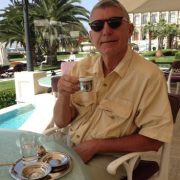 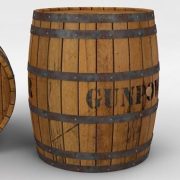 What the Markets Will Do from Here
Scroll to top