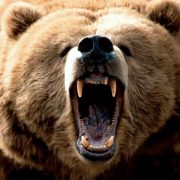 The volatility index (VIX) is just not buying this sell off. Even with the Dow down over 300 today, the (VIX) has only managed a meager 3% gain on the day. With a move in equities of this magnitude, you would expect volatility to rise by 15% or more. If traders and investors really believed that the risk markets were really going to crash to new lows, they would be paying through the nose to buy downside protection, which would be clearly visible in a (VIX) spike. These figures prove they aren?t.

Let?s do a quickie cross asset class review here and look at what else on the table. The S&P 500 is precisely at the 50% retracement of the entire 200 point move up from October 4. It could hold this level and keep the bull move intact. While junk bonds (HYG) are down, they are nowhere near the levels suggesting that a financial collapse is imminent. Advance decline ratios are at all-time highs, not exactly an argument for a new bear market. Nor are Treasury bonds drinking the Kool-Aide. Sure they are up today, but not as much as they should be.

It all has the makings of an asymmetric trade for me. That means that the next piece of good news will deliver a larger move up than the next piece of bad news will bring a down one. So a tactical long here will bring an outsized returns. It could well be that the failure of the Super committee is fully in the price, and the mere passage of the deadline might bring a big rally. There are certainly a lot of hedge funds looking to chase yearend performance and value players happy to bottom fish to pull this off.

The bulls also have the calendar strongly in their favor. Not only is the November-December period the second strongest bimonthly period of the year, investors are massively underweight equities. As I never tire in explaining to my permabear friends, most investors can?t sell stock they don?t own. That?s why the Armageddon scenario never kicked in during September. That leaves hedge funds and high frequency trading alone to break the downside supports, something they have so far been unable to do alone.

Which girls will get invited to the next dance? The same ones taken to the last one: commodities, energy, rail, coal, and technology stocks, especially Apple, which is sitting bang on its 200 day moving average today.

Of course I could be wrong about all of this. Conditions in the markets are so uncertain here that there are no real high quality trades to be found. Almost everyone is posting negative returns this year, including some of the smartest people I know. That?s why I have pared back my own trading in order to preserve my own 42% year to date gain. But then, I am 75% in cash, so I can afford to take a relaxed view of things.

Only trade here if your wife is pestering you for a larger Christmas shopping budget. Don?t even think about opening up a new short here, because you have already missed the big, easy move. Then again, you could consider getting a new wife. It might be cheaper.

Sold Out! Last Chance to Sign Up for the November 25 Portland Strategy Lunc...
Scroll to top