Reduce the supply on any commodity and the price goes up. Such is dictated by the immutable laws of supply and demand.

This logic applies to technology stocks as well as any other asset. And the demand for American tech stocks has gone global.

Who is pursuing American technology more than any other? That would be China.

Ray Dalio, founder and chairman of hedge fund Bridgewater Associates, described the first punch thrown in an escalating trade war as a “tragedy,” although an avoidable one.

Emotions aside, the REAL dispute is not over steel, aluminum, which have a minimal effect of the US economy, but rather about technology, technology, and more technology.

China and the U.S. are the two players in the quest for global tech power and the winner will forge the future of technology to become chieftain of global trade.

Technology also is the means by which China oversees its population and curbs negative human elements such as crime, which increasingly is carried out through online hackers.

You guessed it: The cost is predominantly and almost entirely in the form of technology, including CCTVs, security algorithms, tracking devices, voice rendering software, monitoring of social media accounts, facial recognition, and cloud operation and maintenance for its database of 1.3 billion profiles that must be continuously updated.

If all this sounds like George Orwell’s “1984”, you’d be right. The securitization of China will improve with enhanced technology.

Last year, China’s communist party issued AI 2.0. This elaborate blueprint placed technology at the top of the list as strategic to national security. China’s grand ambition, as per China’s ruling State Council, is to cement itself as “the world’s primary AI innovation center” by 2030.

It will gain the first-mover advantage to position its academia, military and civilian areas of life. Centrally planned governments have a knack for pushing through legislation, culminating with Beijing betting the ranch on AI 2.0.

China possesses legions of engineers, however many of them lack common sense.

Silicon Valley has the talent, but a severe shortage of coders and engineers has left even fewer scraps on which China’s big tech can shower money.

Attempting to lure Silicon Valley’s best and brightest also is a moot point considering the distaste of operating within China’s great firewall.

This audacious move was lauded and showed China’s supreme ability to attract Silicon Valley’s top guns. After 3 years of toiling on the mainland, Barra admitted that living and working in Beijing had “taken a huge toll on my life and started affecting my health.” The experiment promptly halted, and no other Silicon Valley name has tested Chinese waters since.

Back to the drawing board for the Middle Kingdom…

China then turned to lustful shopping sprees of anything tech in any developed country.

The strategy proved effective until Fujian Grand Chip was blocked from buying Aixtron Semiconductors of Germany on the recommendation of CFIUS (Committee on Foreign Investment in the United States).

In 2017, America’s Committee on Foreign Investment and Security (CFIUS), which reviews foreign takeovers of US tech companies, was busy refusing the sale of Lattice Semiconductor, headquartered in Portland, Ore., and since has been a staunch blockade of foreign takeovers.

CFIUS again in 2018 put in its two cents in with Broadcom’s (AVGO) attempted hostile takeover of Qualcomm (QCOM) and questioned its threat to national security.

Broadcom, a Singapore-based company led by ethnic Chinese Malaysian Hock Tan, plans to move the company to Delaware, once approved by shareholders, as a way to skirt around the regulatory issues.

Microsoft (MSFT) and Alphabet (GOOGL) are firmly against this merger as it will bring Broadcom intimately into Apple’s (APPL) orbit. Broadcom supplies crucial chips for Apple’s iPads and iPhones.

Qualcomm will equip Microsoft’s brand-new Windows 10 laptops with Snapdragon 835 chips. AMD (AMD) and Intel (INTC) lost out on this deal, and Qualcomm and Microsoft could transform into a powerful pair.

ARM, part of the Softbank Vision Fund, is providing the architecture on which Qualcomm’s chips will be based. Naturally, Microsoft and Google view an independent operating Qualcomm as healthier for their businesses.

The demand for Qualcomm products does not stop there. Qualcomm is famous for spending heavily on R&D — higher than industry peers by a substantial margin. The R&D effort reappears in Qualcomm products, and Qualcomm charges a premium for its patent royalties in 3G and 4G devices.

The steep pricing has been a point of friction leading to numerous lawsuits such as the $975 million charged in 2015 by China’s National Development and Reform Commission (NDRC) which found that Qualcomm violated anti-trust laws.

Hock Tan has an infamous reputation as a strongman who strips company overhead to the bare bones and runs an ultra-lean ship benefitting shareholders in the short term.

CFIUS regulators have concerns with this typical private equity strategy that would strip capabilities in developing 5G technology from Qualcomm long term. 5G is the technology that will tie AI and chip companies together in the next leg up in tech growth.

Robotic and autonomous vehicle growth is dependent on this next generation of technology. Hollowing out CAPEX and crushing the R&D budget is seriously damaging to Qualcomm’s vision and hampers America’s crusade to be the undisputed torchbearer in revolutionary technology.

CFIUS’s review of Broadcom and Qualcomm is a warning shot to China. Since Lattice Semiconductor (LSCC) and Moneygram (MGI) were out of the hands of foreign buyers, China now must find a new way to acquire the expertise to compete with America.

Only China has the cash hoard to take a stand against American competition. Europe has been overrun by American FANGs and is solidified by the first mover advantage.

Shielding Qualcomm from competition empowers the chip industry and enriches Qualcomm’s profile. Chips are crucial to the hyper-accelerating growth needed to stay at the top of the food chain.

Implicitly sheltering Qualcomm as too important to the system is an ink-drenched stamp of approval from the American government. Chip companies now have obtained insulation along with the mighty FANGs. This comes on the heels of Goldman Sachs (GS) reporting a lack of industry supply for DRAM chips, causing exorbitant pricing and pushing up semiconductor companies’ shares.

All the defensive posturing has forced the White House to reveal its cards to Beijing. The unmitigated support displayed by CFIUS is extremely bullish for semiconductor companies and has been entrenched under the stock price.

It is likely the hostile takeover will flounder, and Hock Tan will attempt another round of showmanship after Broadcom relocates to Delaware as an official American company paying American corporate tax. After all, Tan did graduate from MIT and is an American citizen.

The chip companies are going through another intense round of consolidation as AMD (AMD) was the subject of another takeover rumor which lifted the stock. AMD is the only major competitor with NVIDIA (NVDA) in the GPU segment.

The cash repatriation has created liquid buyers with a limited amount of quality chip companies. Qualcomm is a firm buy, and investors can thank Broadcom for showing the world the supreme value of Qualcomm and how integral this chip stalwart is to America’s economic system. 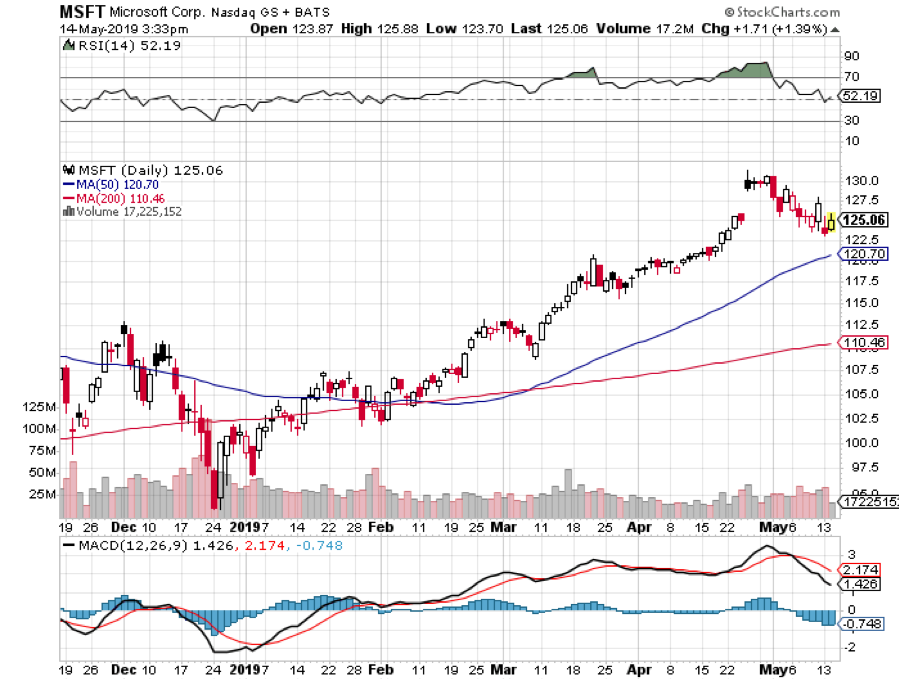 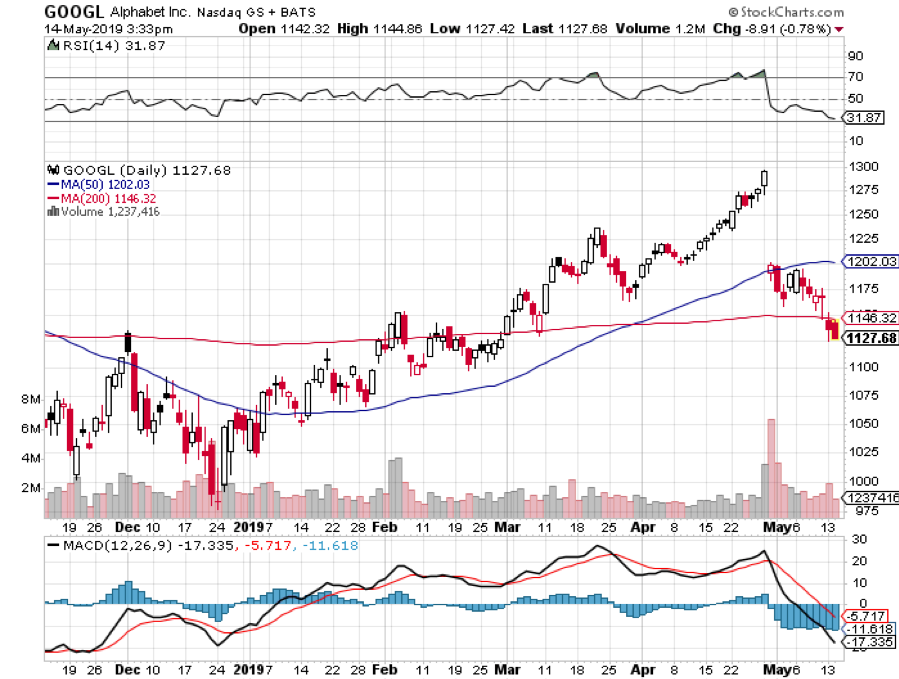 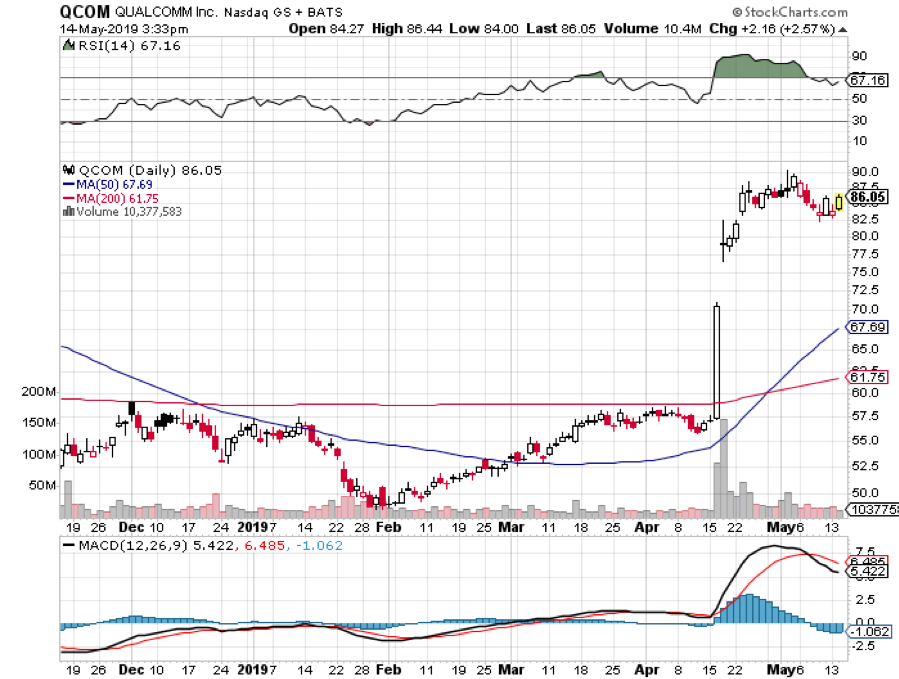 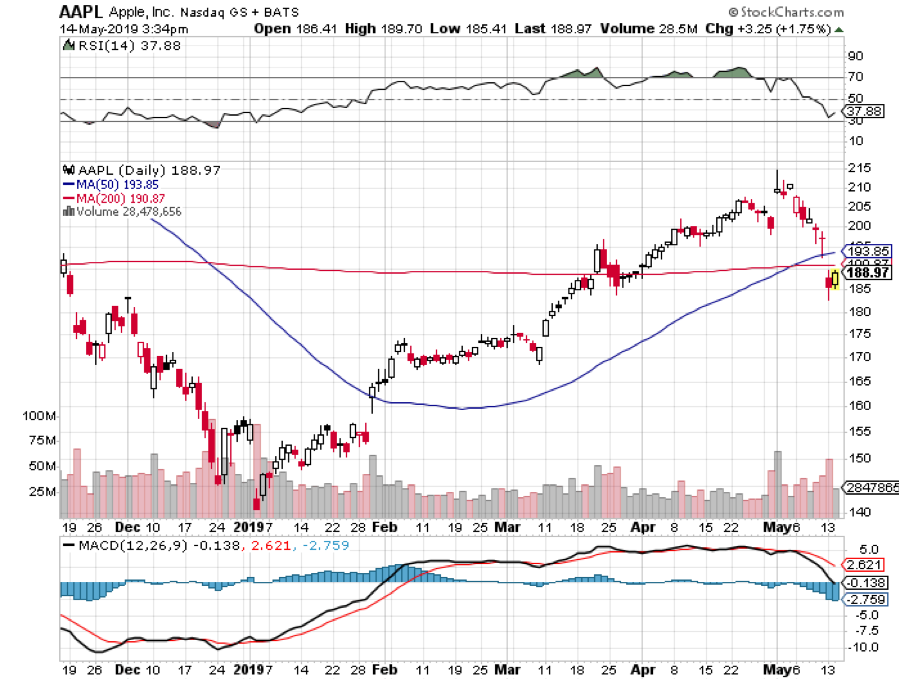 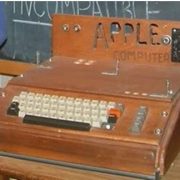 The Worst Trade in History