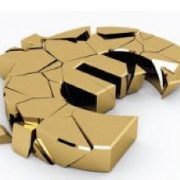 This was a perfect trade in so many ways:

*For a start, I got a great entry point on top of a 10 cent rally in the Euro.

*We got an assist in the bankruptcy of MF Global, which resulted in the liquidation of their entire $6.5 billion portfolio of Euro bonds, which put additional pressure on the European currency.

*We got a second assist from my friends at the Bank of Japan, who rushed to deflate the yen with a massive $130 billion round of intervention.

*I resisted the temptation to take a quickie 30% profit yesterday, believing that the trading community was caught badly off balance in their positioning, and that there was enough juice to take the Euro to my secondary target of $1.36.

*My friends at the People?s Bank of China told me they would take my advice and take down a big slug of any bond issue resulting from the European sovereign debt resolution. However, they said they would also take my advice and hedge out their Euro risk, making the trade currency neutral.

*I initially put on the trade expecting European Central Bank President, Mario Draghi, to cut interest rates tomorrow. With the Euro at $1.3630, I now don?t care if Mario has pasta al dente for lunch, a canole for desert, and sings O Solo Mio tomorrow. I can take my money and run at let the rest of the market run the overnight event risk. If Mario then fails to act tomorrow, I will simply resell the Euro higher up.

*We caught one of the sharpest moves in the history of the foreign exchange markets, some 5 cents in the Euro, in three trading days. You shouldn?t need to be told twice to cash in.

*No one ever got fired for taking a three day profit of 107%. Possession of the cash is 9/10ths of the law.

I know that some of you made more money on this trade than I did, because the $140 puts traded all the way down to $2.47 after the initial opening alert. No whining about not being able to get in this time. As they say down under ?Good on You!?

If you missed this trade for whatever reason, don?t chase it here. Another opportunity will come along. There are plenty of fish in the sea.

Watch Out for the Chihuahua Glut