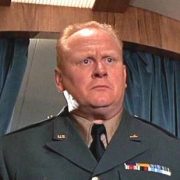 Gold bugs are puzzled by the recent collapse in the price of the barbarous relic. Physical demand has been outstripping supplies for some time now and threatens to reach all-time highs. Demand for 100 ounce gold bars by the 1%?ers is as high as it has ever been. Negative real interest rates for almost all Treasury securities also underpin the bull argument for gold.

Mine supply of the yellow metal is just 2,200 tonnes a year. This does not include Russia or China, where production is entirely consumed domestically and never reaches the world market. China alone bought 64 tonnes off the international market in February. Other non G6 central bank buying continues unabated. India?s gold import duties were rescinded, which had been the explanation from the drop from $1,700 after widespread strikes by the country?s jewelers.

But paper selling of gold through ETF?s like the (GLD) has delivered a stiff dose of insecticide to the gold bugs, causing prices to plummet. It is all a broader symptom of the global ?RISK OFF? trade which has gripped assets of every description, smashing any diversification assumptions about gold. Watching the economies of the biggest sovereign gold buyers slow has not exactly thrilled speculators. The tightening of margin requirements by the CFTC two weeks ago, originally intended to damped oil speculation to get gasoline prices down, had the unintended consequence to paring back other commodity and precious metals prices as well.

Hints from Ben Bernanke that QE3 is on hold delivers a sucker punch to gold holders every time. And as we saw on Tuesday, the slightest hint that the International Monetary Fund will sell gold to rescue Europe is good for about a $50 down day.

It looks like gold will hit my downside target of $1,500 fairly quickly. Too bad some dubious price action spooked me out of my puts too soon last week. This would have been the home run of the year if I only held on for two more days. Welcome to show business.

Beyond that, the chart below shows major support at $1,425. To get down to $1,250, you need to see a true double dip recession, which the recent soggy economic data has been hinting at. I am sure we will see my long term inflation adjusted all time high of $2,300 in the years ahead. But you may have to suffer some serious pain along the way to get there.

Goldfinger Stared Me Down Once Again