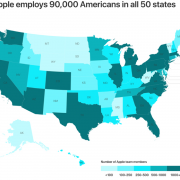 When did Marc Benioff become a real estate agent?

That is the main takeaway from the interview he gave to the world from the annual powerful people conference in Davos, Switzerland.

During the interview, he cut straight to the chase and described the cocktail of negative unintended consequences that the tsunami of tech profits has spawned.

His thesis, though not new, parlayed admirably with Bridgewater Associates Founder Ray Dalio interview in chronicling an economic landscape in which geopolitical turmoil finally catches up meaningfully with the movement of tech shares because of the underlying threat to influence concrete economic policy moving forward.

Why is he a real estate seller?

Well, he might as well be one in second-tier cities with copious amounts of tech talent such as Austin, Nashville, Sacramento, Atlanta, and Portland because these metro areas are about to experience a wild ride in the property market rollercoaster.

The robust housing demand, lack of housing supply, mixed with the avalanche of inquisitive tech money will propel these housing markets to new heights and this phenomenon is happening as we speak.

Benioff lamented that San Francisco, where ironically he is from, is a diabolical “train wreck” and urged fellow tech CEOs to “walk down the street” and see it with their own eyes to observe the numerous homeless encampments dotted around the city limits.

After relinquishing some of his CEO duties to newly anointed Co-CEO Keith Block, Benioff will have the operational time and a wealth of resources to get on top of the pulse of not only tech issues but bigger picture stuff and he now has a mouthpiece for it with Time magazine which he and his wife recently bought.

In condemning large swaths of the beneficiaries of the Silicon Valley ethos, he has signaled that it won’t be smooth sailing for the rest of the year in tech wonderland, and he urged companies to transform their business model if they are irresponsible with user data.

The tech lash could get messier this year because companies that go rogue with personal data will face a cringeworthy reckoning as the tech lash fury seeps into government policy and the social stigma worsens.

I have walked around the streets of San Francisco myself. Places around Powell Bart station close to the Tenderloin district are eyesores. South of Market Street isn’t a place I would want to barbecue on a terrace either.

Summing it up, the unlimited tech talent reservoir that Silicon Valley gorged on isn’t flowing anymore because people don’t want to live there now.

This tech talent, equipped with heart-tugging stories from siblings and anecdotes from classmates getting shafted by the San Francisco dream, has recently put the Bay Area in the rear-view mirror for many who would have stayed if it were 20 years ago.

This is exactly what Apple’s $1 billion investment into a new tech campus in Austin, Texas and Amazon adding 500 employees in Nashville, Tennessee are all about. Apple also added numbers in San Diego, Atlanta, Culver City, and Boulder just to name a few.

Since the tech talent isn’t giddy-upping into Silicon Valley anymore, tech firms must get off their saddle and go find them.

That will not change.

Driving out young people who envision a long-term future elsewhere than the San Francisco Bay Area forces Silicon Valley to adapt to the new patterns revealing themselves.

Sacramento has experienced a dizzying rise of newcomers from the Bay Area itself.

Some are even commuting, making that 60-mile jaunt past Davis, but that will give way to entire tech operations moving to the state capitol.

Millennials are reaching that age of family formation and they are fleeing to places that are affordable and possible to become a new home buyer.

These are some of the practical issues that tech has failed to embrace and to maintain the furious pace of growth that investors' capricious expectations harbor.

Silicon Valley will have to become more practical adding a dash of empathy as well instead of just going by the raw and heartless data.

We aren’t robots yet, and much of the world still augurs to emotional decisions and disregards the empirical data.

Sustainability does not only mean building a sustainable business model on the balance sheet, but this definition is growing to be inclusive of upholding the stability and long-term prospects of a local area.

Microsoft has put the trust in its products at the fore of their business model.

Each time CEO of Microsoft Satya Nadella interviews, he preaches about the universal trust that consumers possess in Microsoft.

He is not off on his claims and Microsoft is riding this mantra all the way to the bank while sidestepping regulatory scrutiny.

Nadella is always smartly one step ahead.

All this screams going long Microsoft by buying the dips.

Sell the rallies in the names that have a crisis of trust such as Facebook (FB) and Google (GOOGL).

I was recently gouged $250 on my monthly phone bill by Google because of a technicality from cell phone service Google Fi.

All a specialist said was that according to the data, I should be charged almost as if I should be shamed for even questioning their business model.

Not only that, the best and brightest from Stanford, University of California at Berkeley, and Ivy league schools do not want to work for Facebook and Google anymore.

These brands have been tainted.

The result will be needing to overpay to secure the able forces needed to pursue growth and success.

Not only that, upper management has left in droves “pursuing new opportunities.”

Google is also grappling with an Apple problem - no new innovative products and it’s yet to be seen if Waymo, the autonomous driving business, can be that solid growth driver going forward.

As the economy creeps closer and closer to the end of the cycle, investors won’t be willing to drain money down some loss-making outfit in the name of growth.

Therefore, software companies based on innovation fused with stable profits will be the go-to formula in tech investing in 2019 and Amazon (AMZN), Salesforce (CRM), and Microsoft (MSFT) are ahead of the curve.

Don’t get me wrong - Silicon Valley is still alive and kicking.

But, instead of physical offices being planted in the Bay Area, the tech industry will give way to the “spirit” of Silicon Valley with offices in far-flung places.

And remember that all of these new tech talent strongholds will need housing, and housing that an IT worker making $150,000 per year desires. 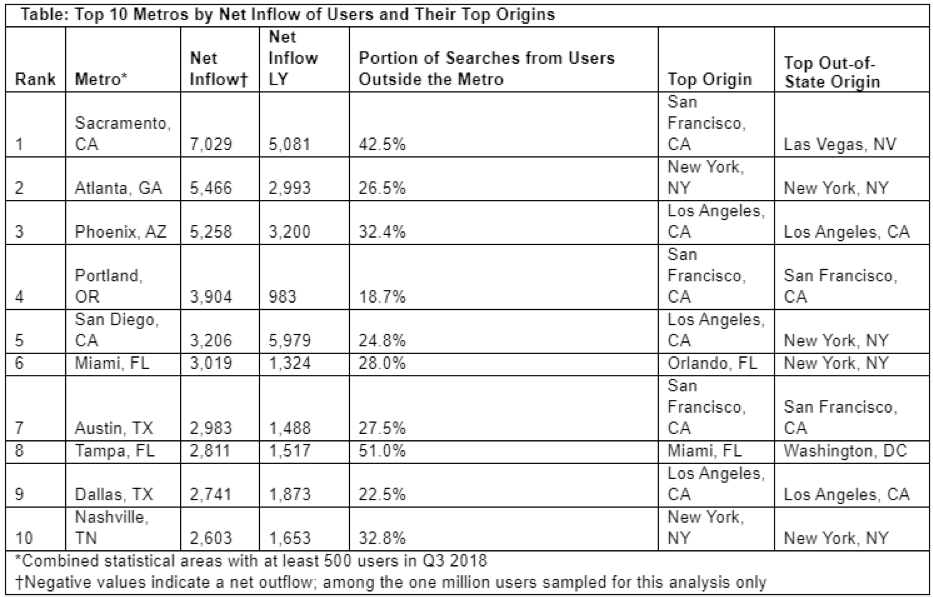 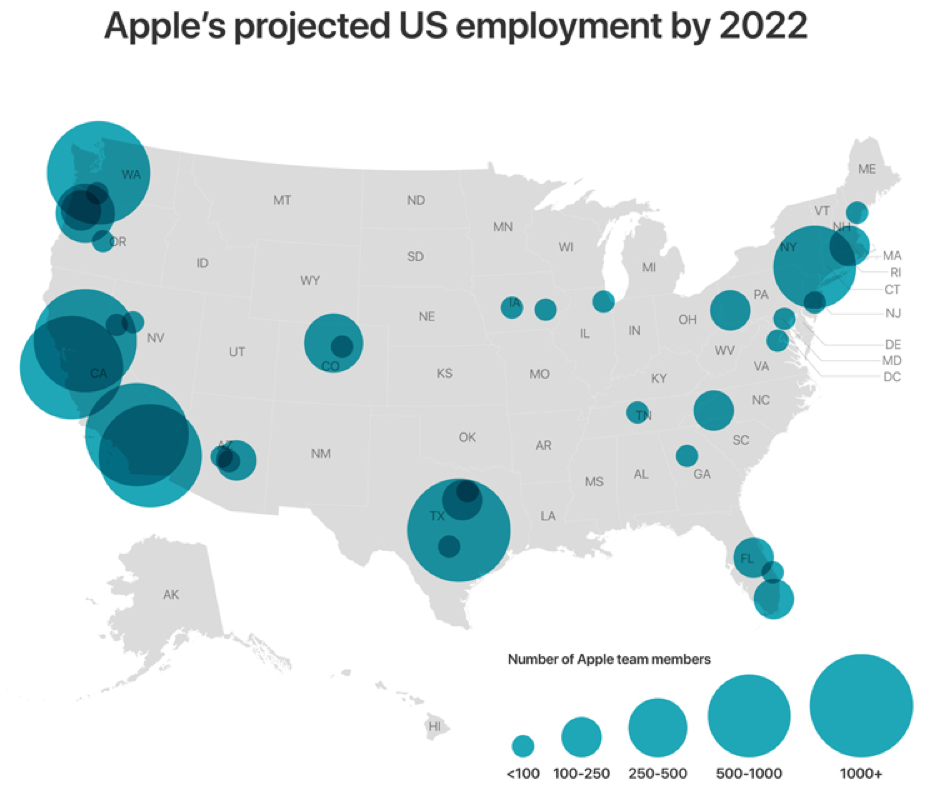 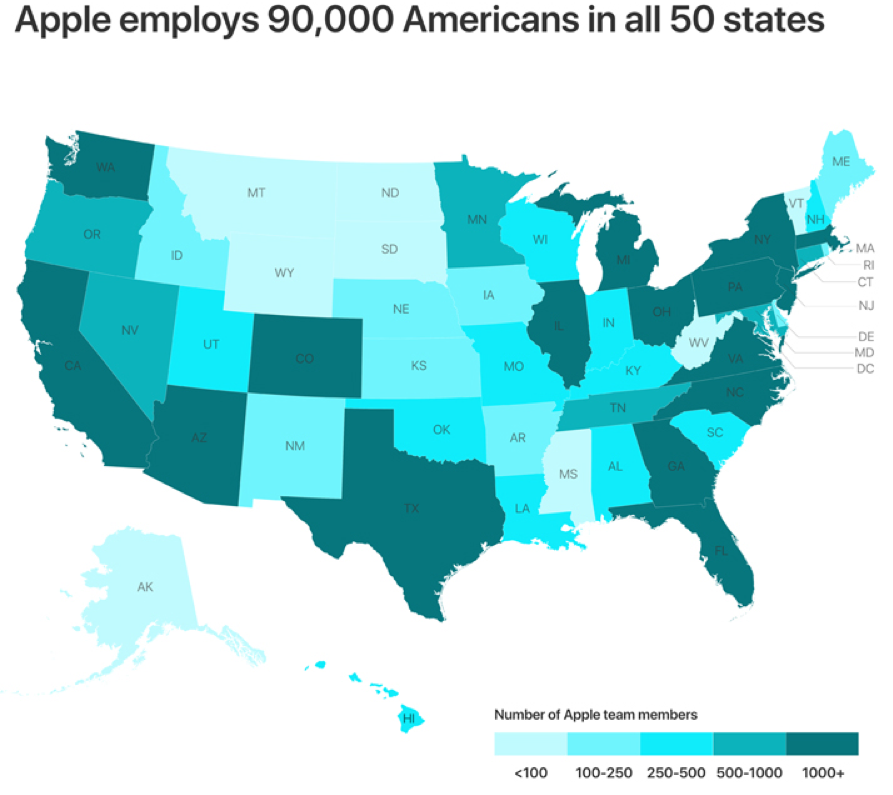 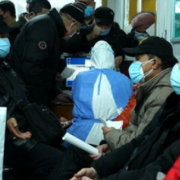