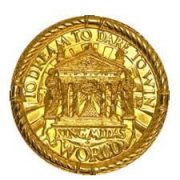 The ‘Oracle of Omaha’ expounded at length today on why he despises the barbarous relic. The sage doesn’t really care about the yellow metal, whatever the price. He sees it primarily as a bet on fear.

If investors are more afraid in a year than they are today, then you make money. If they aren’t, then you lose money. If you took all the gold in the world, it would form a cube 67 feet on a side, worth $7 trillion. For that same amount of money, you could own other assets with far greater productive earning power, including:

*You would still have $2 trillion left over in walking around money.

I don’t know. With the stock market at an all time high, and oil trading at $96/barrel, a bet on fear looks pretty good to me right now. I’m still sticking with my long term forecast of the old inflation adjusted high of $2,300/ounce. But we may have to visit $1,500 on the way there first.

Maybe Feeling Like King Midas is Not So Bad 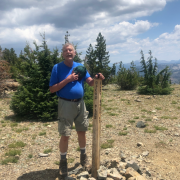