One man's heaven is another man's hell.

Few companies are navigating the coronavirus situation better than Zoom. Their better-than-expected fourth-quarter earnings and forecast is a great omen for the coronavirus driving future demand for the company’s remote-work tools.

Even without the coronavirus, the company is doing spectacularly.

(ZM) delivers best in show teleconferencing services including video meetings, voice, webinars and chat across desktop and mobile devices, and has been the beneficiary of the dreaded coronavirus that has quarantined workers forcing them to rely on Zoom’s video app tools.

The panic has been overblown, and the same hysteria has seeped into the broader tech market triggering deep selloffs in almost every tech company.

The elevated awareness and adoption of the company’s video conferencing platform will allow the company to post an even better performance next quarter.

The migration into the company’s free app remains robust and it is unclear whether those users can be converted to paying ones. However, paid growth is still hitting on all cylinders.

Zoom Communications is attracting more influential customers with 81,900 accounts with at least 10 employees, a 61% uptrend from the past year.

Zoom's first-quarter revenue guidance was strong as well predicting between $199 million and $201 million.

Another growth lever will be the mobile segment which has signed up more than 2,900 accounts with more than 10 employees in its first year after launch and will shortly be available in 18 countries.

Total operating margins surpassed expectation of 10%, by more than doubling, to 20.4%.

Ultimately, Zoom's robust Q4 results and guidance underline the company's smooth pathway to elevated revenue drivers as the world goes into pandemic mode because of Covid-19.

It was somewhat underwhelming that management cited a limited revenue benefit from the situation with a go-forward increase in costs as usage increases.

That could have been sorted out more delicately and keeping costs down is one of management’s responsibilities.

The positives still outweigh any minor negatives as the company has been able to capitalize by seizing mind share and expanding the funnel.

Zoom Communications has not been able to escape the recent volatility in shares as the 12% boost from a positive earnings report was met with a 13% haircut the following day as the broader Nasdaq was pummeled.

The Covid-19 virus is delivering agony to investors as the swings are simply hard to trade in and out of.

The current issue is that short term, markets can behave as irrational as ever and trading algorithms are programmed to digest headlines by not only the volume but the potency and relevancy as well.

If every news wire sent out a story that free money was dropping from the sky, the market would be up 10% irrespective of whether it is true or not.

That is the world we live in where over 85% of the trading decisions and volume are executed by automated software and the exaggeration doesn’t discriminate in which direction it trends in.

So, we are stuck in this negative feedback loop where national headlines are almost entirely concentrated on the coronavirus and that is mainly the data that is fed into short-term trading algorithms.

Unfortunately, the tech market weakness is becoming a self-fulfilling prophecy and new headlines of Northern Italy being quarantined and New York announcing a state of emergency is poised to be the next catalyst for a volatile upcoming trading week ahead.

Short-term traders need to understand that this isn’t just a “buy the dip” event and the deep in the money call spreads that had cushions of 8-10% were blown out in just a few days.

Long term investors should be using every dramatic selloff to add slightly to their positions incrementally lowering their cost basis.

It is hard to know when the coronavirus phenomenon will pass by but at the speed in which we are trending, U.S. school cancelations and further cities and states announcing highly negative events are in the pipeline for next week.

The bottoming event could eventually come in the form of US Corona cases topping 10,000 or cancelling the Olympics in Tokyo, but until then, the negative health headlines appear to be the new normal for the short-term and until we are fully washed out. 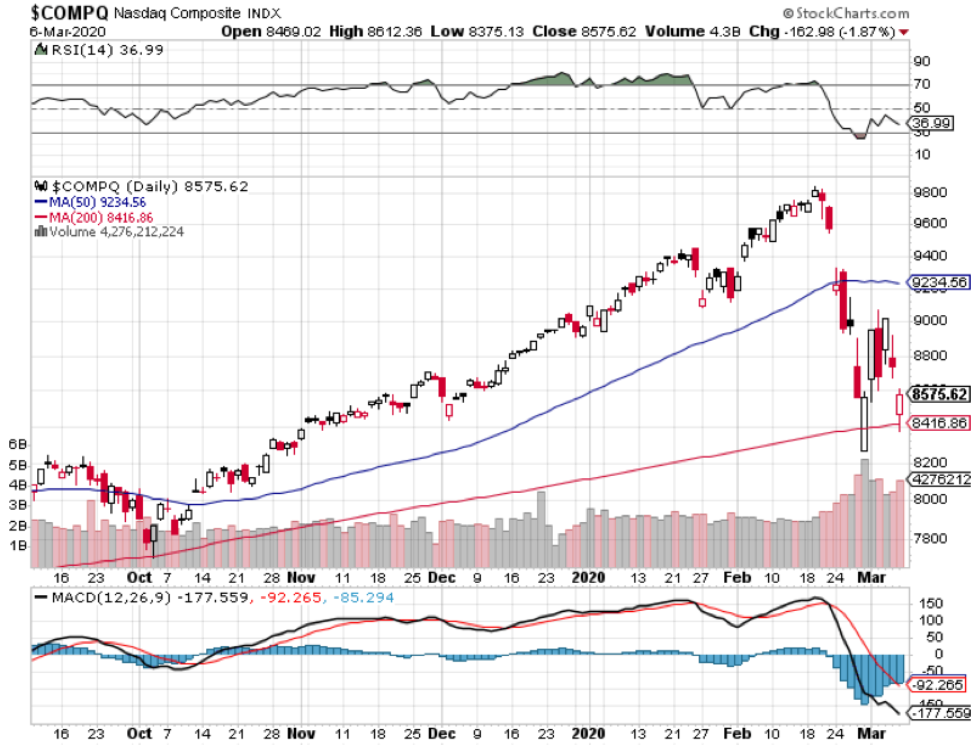 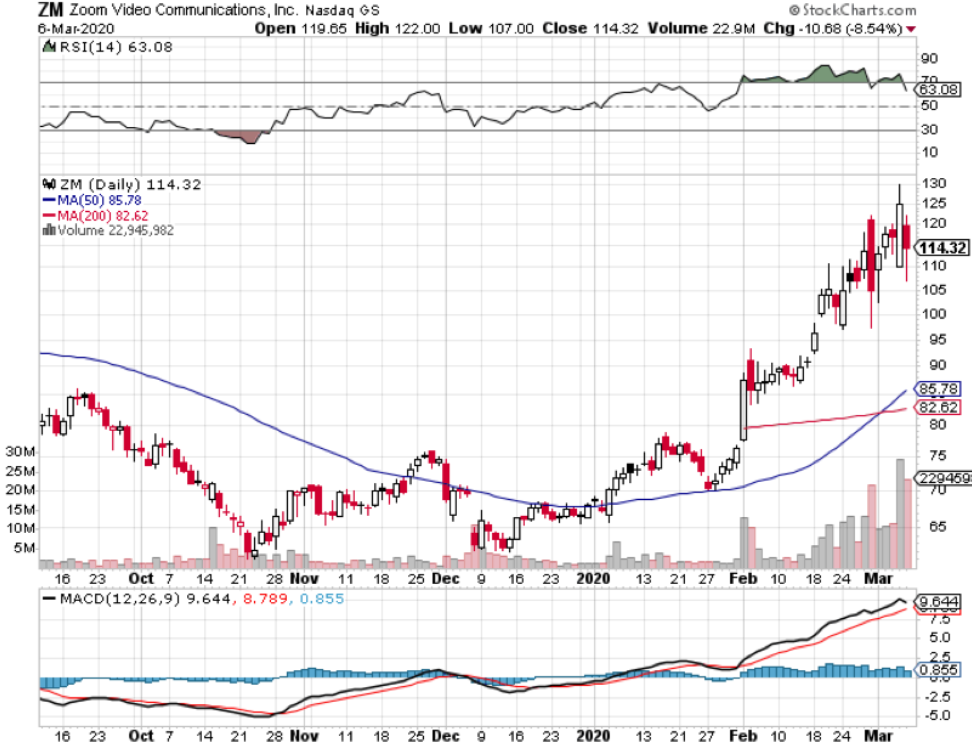